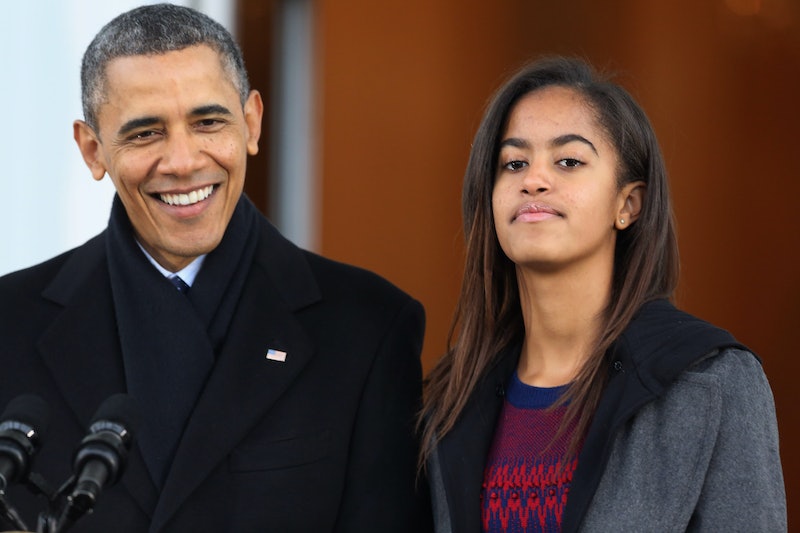 Pouncing on a politicians for saying stupid things is a time-honored tradition: it helps us remember that our elected officials are, after all, only human. Most political gaffes are uttered during election years, as candidates give countless sleep-deprived interviews. Though off-years are generally calmer affairs, 2013 was full of political gaffes. Lets take a look back at some of the worst (and best).

In an interview with New York magazine, Democrat Tom Menino was asked what he’d do if he was in charge of Detroit instead of Boston. Rather than offer any policy suggestions, Menino quipped that he’d “blow up the place and start all over,” apparently not realizing that calling to bomb U.S. cities is generally considered poor form for a U.S. mayor. Menino’s point, of course, was that Detroit is screwed up beyond repair. But in addition to being a supremely unhelpful point to make, the comment came a mere four months after the Boston marathon bombing in his own city. Awkward.

In a radio interview in March, the Alaskan Congressman pontificated that, when he was a kid, he and his dad needed to hire “50 to 60 wetbacks to pick tomatoes” on the family ranch, whereas nowadays, “it’s all done by machine.” (Ah, yes, them were the days.) Young was roundly condemned, but insisted that he “meant no disrespect.”

Because Young’s a Republican in Alaska, he’ll probably continue to get reelected for the next hundred years. That is unless the House ethics investigation into Young’s spending habits — which was launched the same month as the “wetbacks” comment — yields anything incriminating.

President Obama is generally known for his lack of gaffes, but he showed his fallibility at a Democratic National Committee fundraiser in April. Obama was speaking about the importance of climate change, and decided to give a shout-out to California Attorney General Kamala Harris. After calling Harris “brilliant” and “dedicated,” Obama said that she also “happens to be, by far, the best-looking attorney general.”

Obama was immediately criticized for reducing Harris down to her sex appeal, which he probably wouldn’t have done with Governor Jerry Brown, California’s previous AG.

While giving a speech in November, the junior Senator from Kentucky made a strange reference to the sci-fi film Gattaca , in the course of a boilerplate argument against Obamacare. The comparison didn’t make any sense, but the controversy came later, when The Rachel Maddow Show pointed out that Paul had plagiarized his description of the film from Wikipedia. This led BuzzFeeds’s Andrew Kaczynski to dig deeper into Paul’s past, and Kaczynski discovered that Paul had plagiarized tons of other stuff, including sections of his book, his speeches, and an op-ed he published.

Had it ended there, it would have been an amusing but, at the end of the day, relatively minor gaffe. But when Paul was called out by the media for his plagiarism, he didn’t offer a quick mea culpa and slink away. Instead, he called Maddow and Kaczynski “hacks and haters,” and proclaimed that he’d challenge them to duels if dueling were still legal in Kentucky. He was joking ... but he didn't really seem to be joking.

Paul eventually apologized, but still struck a childish tone, claiming (incorrectly) that the only issue was improper citation, and that if only he’d released proper footnotes, the entire issue would have been avoided. The Washington Times felt otherwise, and canceled Paul’s op-ed column.

During the last debate of the Virginia Governor’s race, Republican candidate Ken Cuccinelli knocked Democrat Terry McAuliffe for receiving an “F” rating from the National Rifle Association. Considering the relatively dense concentration of rural gun owners in Virginia, this seemed to be a smart political play. Except that the debate took place at Virginia Tech, which happens to be the site of the biggest mass shooting in U.S. history. McAuliffe wisely replied that he didn’t care what the NRA thought of him, and proceeded to win the election.

In an interview with The Daily Show, North Carolina GOP Country Chair Don Yelton was asked if he is a racist. He responded by pausing for a very long time and thinking deeply — and that wasn’t even the worst part of the interview. With just the slightest bit of prodding from interviewer Aasif Mandvi, Yelton let loose, gushing about the true intent behind his party’s push for voter ID laws.

“It’s gonna kick the Democrats in the butt,” Yelton said. “If it hurts a bunch of lazy blacks who want the government to give them everything, good."

Unsurprisingly, Yelton was fired shortly after the interview aired. Whether this technically counts as a gaffe, though, is debatable. Gaffes are generally defined as absent-minded slips of the tongue, but in a follow-up interview, Yelton more or less stood by everything he’d said. We'll count his mere existence as a gaffe for the GOP.

Well this was awkward. After being hospitalized for three months with a serious lung infection, former South African President and general hero Nelson Mandela was finally discharged in September. But a spokesman for former president George H.W. Bush misread a press report on Mandela’s discharge, thought he’d died, and immediately issued a statement in Bush’s name lamenting the leader’s death. The spokesman quickly retracted the statement upon realizing that Mandela was still alive, and tweeted out an apology.

This year saw an extremely rare breed of gaffe: one that ultimately earned praise, not condemnation, for the person who uttered it. In late August, President Obama announced that the U.S. was drawing up plans to launch airstrikes in Syria, and would seek congressional approval for a strike. But when it became clear that congress’s approval for action was lacking, the administration was stuck between a rock and a hard place. Calling off the strike would suggest that Syria wasn’t actually the dire national security imperative Obama had claimed, but persisting with it anyway would further expose the administration to charges of executive overreach. Not to mention, the notion of airstrikes in Syria was very unpopular with Americans.

And then, Secretary of State John Kerry saved the day — albeit accidentally. During a press conference in London, Kerry was asked if there was anything Syrian President Bashar al-Assad could do to avoid being bombed by the U.S. Seemingly speaking off the top of his head, Kerry said that if Assad were to surrender all of his chemical weapons within the next week, the U.S. might call off the strike. “But [Assad] isn't about to do it.” Kerry added, “ and it can't be done, obviously.”

But in fact, it could be done. Russian President Vladimir Putin, an ally of Assad, immediately praised Kerry’s suggestion as a workable solution to the conflict, and Assad, presumably not wanting to be bombed, did the same within an hour. The airstrike was put on hold, the U.S. started negotiating with Russia and Syria on how to dismantle the latter’s chemical weapons program, and in October, weapons inspectors confirmed that Syria no longer had the capacity to create and deploy chemical weapons. There's still a devastating civil war going on, but now at least, the U.S. is offering to neutralize the chemical agents. Kerry gaffe, FTW.