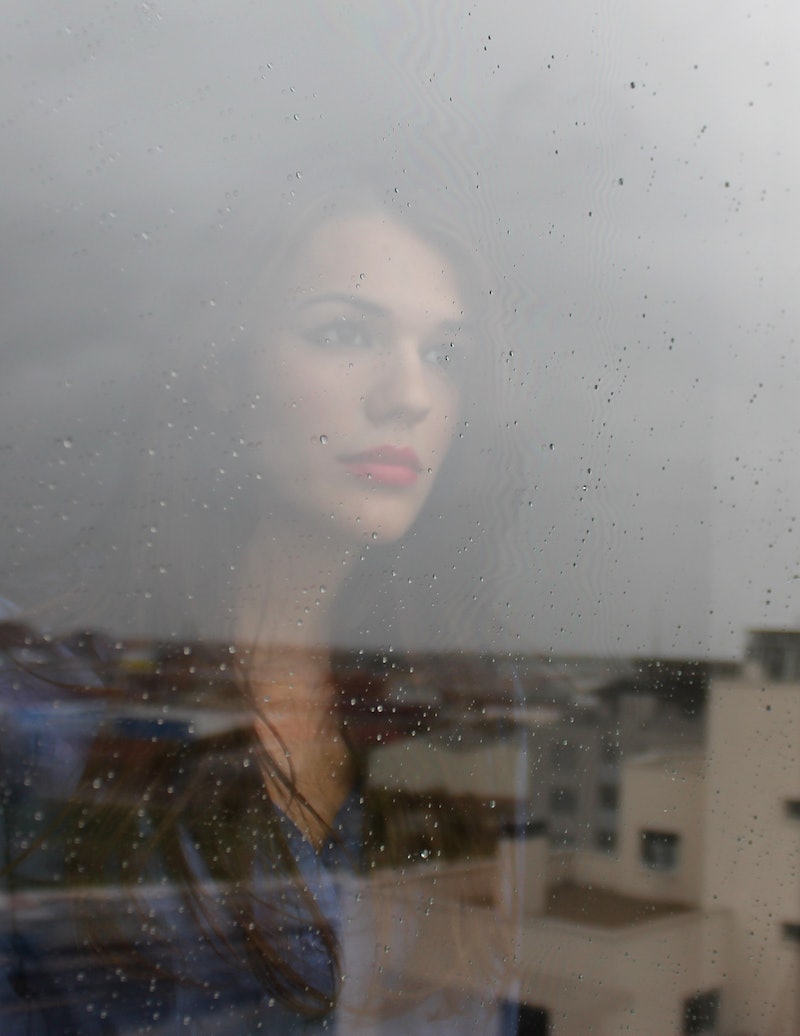 Since the election results were announced in the early morning hours of Nov. 9, the entire country has been experiencing a whiplash of emotions ranging from shock and anger to anticipation and excitement to the deepest levels of anger and sadness. Many Americans have expressed an acute feeling of loss after learning that Donald Trump would become the next president of the United States, but if you're still struggling to express your own feelings of grief after watching Hillary Clinton lose the election to the world's greatest bully, then these book quotes about loss just might help you make it through.

Grief is a complicated emotion, and it comes out in so many different forms. After a loss, whether it be the death of a loved or a collective mourning of a country's future, grief manifests itself as emptiness and despair, anger and bitterness, an overwhelming yearning and feeling of loneliness, or, more likely, a combination of all of those things. Grief is different for everyone, but no matter why you're feeling it or how you're feeling it, know one thing to be absolutely true: it's okay to feel that way.

Until you can embrace the disappointment and the hurt you feel, whenever you find yourself feeling it, you can never overcome it. Embracing it, though, is much easier said than done, especially when you can't even put your feelings into words.

If you find yourself having a hard time articulating your own grief, whether it be about this presidential election or a personal loss in your life, turn to these 15 book quotes about loss to guide you through.

1. “The archaeology of grief is not ordered. It is more like earth under a spade, turning up things you had forgotten. Surprising things come to light: not simply memories, but states of mind, emotions, older ways of seeing the world.”

― Helen Macdonald, H is for Hawk

3. “Somewhere out in the darkness, a phoenix was singing in a way Harry had never heard before: a stricken lament of terrible beauty. And Harry felt, as he had felt about phoenix song before, that the music was inside him, not without: It was his own grief turned magically to song...”

4. “But sometimes, unexpectedly, grief pounded over me in waves that left me gasping; and when the waves washed back, I found myself looking out over a brackish wreck which was illumined in a light so lucid, so heartsick and empty, that I could hardly remember that the world had ever been anything but dead.”

5. “And when your sorrow is comforted (time soothes all sorrows) you will be content that you have known me. You will always be my friend. You will want to laugh with me. And you will sometimes open your window, so, for that pleasure . . . And your friends will be properly astonished to see you laughing as you look up at the sky! Then you will say to them, 'Yes, the stars always make me laugh!' And they will think you are crazy. It will be a very shabby trick that I shall have played on you...”

6. “Grief is not as heavy as guilt, but it takes more away from you.”

7. “There should be a statute of limitation on grief. A rulebook that says it is alright to wake up crying, but only for a month. That after 42 days you will no longer turn with your heart racing, certain you have heard her call out your name. That there will be no fine imposed if you feel the need to clean out her desk; take down her artwork from the refrigerator; turn over a school portrait as you pass - if only because it cuts you fresh again to see it. That it's okay to measure the time she has been gone, the way we once measured her birthdays.”

8. “Grief does not change you, Hazel. It reveals you.”

― John Green, The Fault in Our Stars

9. “There's always a last time. If you could remember every last time, you'd never stop grieving.”

― Jonathan Tropper, This is Where I Leave You

11. “Grief turns out to be a place none of us know until we reach it. We anticipate (we know) that someone close to us could die, but we do not look beyond the few days or weeks that immediately follow such an imagined death. We misconstrue the nature of even those few days or weeks. We might expect if the death is sudden to feel shock. We do not expect this shock to be obliterative, dislocating to both body and mind. We might expect that we will be prostrate, inconsolable, crazy with loss. We do not expect to be literally crazy, cool customers who believe their husband is about to return and need his shoes.”

― J.R.R. Tolkien, The Return of the King

13. “For a week, almost without speaking, they went ahead like sleepwalkers through a universe of grief, lighted only by the tenuous reflection of luminous insects, and their lungs were overwhelmed by a suffocating smell of blood.”

More like this
16 Novels That Paint A Realistic Portrait Of Abortion
By K.W. Colyard
Here’s How Lizzo Is Supporting Abortion Rights After The Roe v. Wade Reversal
By Brad Witter
The UK Abortion Laws In 2022, Explained
By Sophie McEvoy
How 5 People Upended Their Lives To Fight For Abortion Rights
By Hannah Smothers
Get Even More From Bustle — Sign Up For The Newsletter