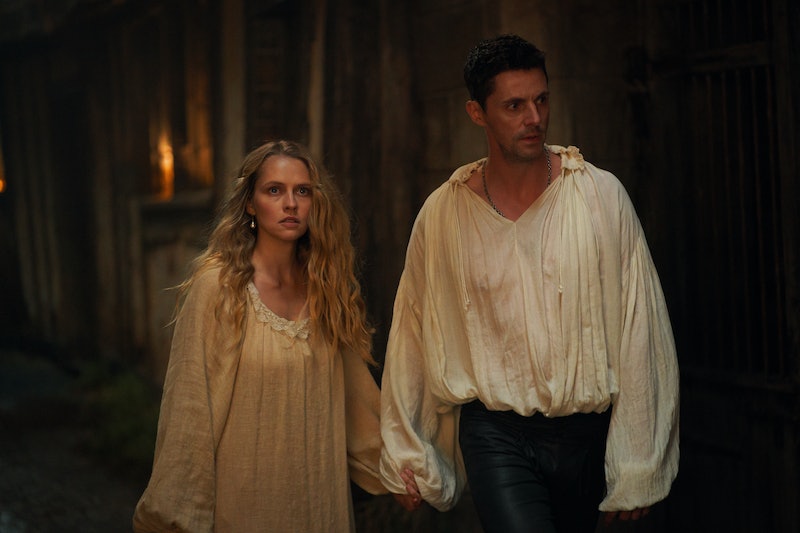 Spoilers ahead for A Discovery of Witches seasons one and two. Given the gruelling news cycle in just the first week of 2021, you’d be forgiven for searching for a distraction from real life. A Discovery Of Witches has all the ingredients of a fantasy escape; a bad ass witch, brooding vampire, and so much mystery and suspense it is borderline unbearable. The first season of the book-to-TV adaptation broadcast all the way back in 2018, and a second series is coming to Sky One Jan. 8. But what about the impatient among us that needs to know what happens? Here is a synopsis for the A Discovery Of Witches trilogy for those of you who really can’t wait to know what happens next.

As a standalone series, A Discovery Of Witches has done incredibly well. However, it was actually a book first. Based on the New York Times Best Selling novel written by Deborah Harkness, A Discovery Of Witches is the first novel in the All Souls trilogy and was published in Feb. 2011. This only means one thing: there is a whole lot more drama to come. If you were into Vampire Diaries back in the day, then this book trilogy is definitely one for you.

A Discovery Of Witches opens with Diana Bishop, a historian with a witchy past. Whilst working in Oxford’s Bodleian Library she opens a bewitched manuscript which unleashes magic on her life which she has so carefully avoided. Returning the manuscript she attempts to keep the dark magic world at bay, but to no avail. As it turns out she isn’t the only magical being living alongside humans, and others want to know what she found on that manuscript.

Enter mysterious and brooding, Matthew Clairmont, a geneticist who also just so happens to be a vampire. Trusting him, Dianna and Matthew start a journey to find out what exactly the manuscripts mean for humans and magical beings. Obviously, Diana and Matthew's relationship becomes a little complicated, because what is a fantasy without a little bit of romance thrown in? As they move through time together the relationship between Diana and Matthew hots up and almost destroys everything. The first book finishes with Matthew and Diana in Elizabethan England. But what happens next? Is that it?

No, A Discovery Of Witches is only the start, as the rest of the trilogy is made up of Shadow Of Night and The Book Of Life. The second in the trilogy picks up with Diana and Matthew exactly where the first book leaves them – Elizabethan London. As if getting caught up with vampires and daemons wasn’t enough, Diana is then thrown into a world of espionage and dark magic alongside the School of Night, some old frenemies of Matthew's. As Diana seeks the help of another witch to mentor her on how to control her magic, it becomes abundantly clear Matthew has a very dark past, even for a vampire. While he can run, he cannot hide, and he has now tied Diana in with him. In order to get away from danger, Matthew leads Diana on an even more treacherous adventure back to the present.

The Book Of Life draws the trilogy to a close. In order to get away from Matthew's enemies they both return from Elizabethan London to the present day. Only the problems they have picked up along the way follow them right back. They are reunited with the characters from A Discovery Of Witches and as they are still no closer to finding the truth, the adventure pushes on. It concludes when Diana returns to Oxford’s Bodleian Library where the story began, realising that the Book Of Life lies within her body and includes elements of witch, daemon, and vampire. Therefore, all of the infighting must and can stop. For all you romantics out there, whilst Matthew is very nearly killed off at one point, he and Diana do end up together in the end.

The All Souls trilogy is escapism, pure and simple. If like me and you couldn’t possibly wait to see what happens this is a very brief synopsis, but you can buy the books here. Otherwise, season two of the book-to-TV adaptation of A Discovery of Witches is returning to Sky One on Jan. 8 and will also be available on Now TV. If you ask me, they’re the perfect excuse to lie on the sofa and get lost in another world.

This article was originally published on Oct. 31, 2018