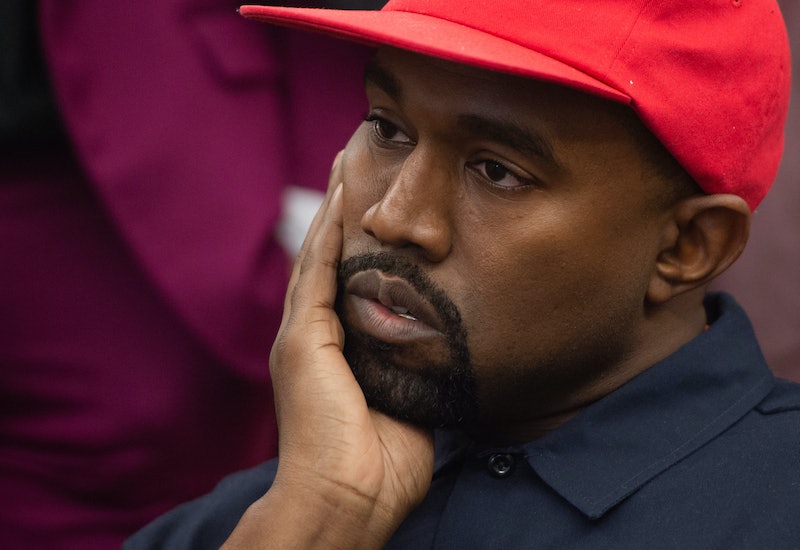 Kanye West, being the unpredictable person that he is, gave everyone a Fourth of July surprise when he announced that he was running for president (again). Putting the question of whether he’s actually serious aside, fans immediately started researching if Kanye West can actually run for president in 2020. He has the public support of wife Kim Kardashian and Tesla owner Elon Musk (no word yet on whether Grimes will endorse him), and a staggering amount of campaign funds given his newly minted billionaire status, making his path a little easier. But while he can technically still mount a campaign for himself, it’s not likely that the rapper will end up on the actual ballot come this November.

For the 2020 election, Joe Biden is officially the Democratic Presidential Nominee and Donald Trump is running for re-election, taking the spots of the two major political parties. So if West is serious about wanting to run for President, he’ll have to either rely on write-in votes or run as the candidate of an independent party. As BBC has pointed out, West has not filed as an independent candidate with the Federal Election Committee, meaning that he has already missed the deadline to do so in several key states, including New York and Texas.

The closest name resembling the rapper’s that can be found in the FEC database was "Kanye Deez Nutz West,” who filed in 2015 as a candidate for the Green Party using the address "1977 Gold Digger Avenue, Suite Yeezus,” among other comedic (and likely false) locations and PACs. To no one’s surprise, this candidate raised no money. It has not been confirmed whether this listing was actually made by West, but the statement of candidacy was filed just a day after he announced at the 2015 Video Music Awards that he would run for President, a statement he would retract in November 2019 before evidently changing his mind again on July 4. Regardless, if this filing was in fact a fan prank, as most suspect, West’s prospects of running independently look very slim.

Therefore, unless he wants to run as an independent candidate in only select states, which seems like a recipe for failure, West’s best bet would be to have fans write him in when they vote in November. But that’s not as easy as it sounds. As reported by The Washington Post, 32 states require potential write-in candidates to file with the state to be counted as official candidates. Only 10 states, plus the District of Columbia, don’t require any filing prior to the election, while eight states don’t even provide voters an option to write in candidates. This means that even in the unlikely situation that a write-in candidate wins the popular vote, those votes wouldn’t even be counted if West hadn’t registered in advance, which he reportedly hasn’t done yet.

In short: West can technically still run for president, but given the deadlines that he’s missed and the restrictions he now has to contend with, he has a better chance of getting back in Taylor Swift’s good graces than he does at becoming the President of the United States this year. See you in 2024.

More like this
Everything You Need To Know About Kanye's Post-Kardashian Dating Life
By Bustle Editors
Man Meets Politics: ‘Boy Meets World’ Star Ben Savage Is Running For Congress
By Jake Viswanath
Michael B. Jordan Tackled His "Public Breakup" With Lori Harvey On 'SNL'
By Brad Witter
Britney Spears Shared The Real Reason She Shut Down Her Instagram Account
By Brad Witter
Get Even More From Bustle — Sign Up For The Newsletter
From hair trends to relationship advice, our daily newsletter has everything you need to sound like a person who’s on TikTok, even if you aren’t.