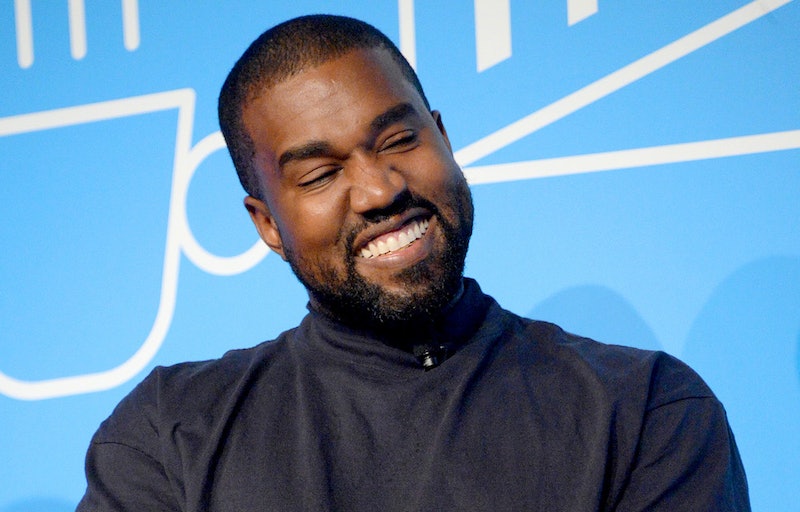 Rapper and fashion designer Kanye West celebrated July 4 with a declaration to run for president — and, unsurprisingly, the Twitter reactions to West’s presidential bid have been mixed with both humor and horror. The Jesus is King rapper — who did not vote in the 2016 presidential election but stated that he “would have voted for [Donald] Trump” — tweeted the news on Independence Day. “We must now realize the promise of America by trusting God, unifying our vision and building our future,” West tweeted. “I am running for president of the United States.” (Bustle has reached out to West's representatives for comment on his reported run for President.)

Of course, this isn’t the first time West has been vocal about his presidential aspirations. After he met with Trump in 2016 to “discuss multicultural issues,” West hinted at a 2024 presidential run on Twitter. And, most recently, West addressed a potential run again in November 2019 at Fast Company's Innovation Festival. Per the AP, he told the crowd, “When I run for president in 2024, we would've created so many jobs that I'm not going to run, I'm going to walk."

West’s presidential bid comes after he implied that he would vote for Trump in his 2020 re-election against presumed Democratic nominee Joe Biden. In an interview with GQ back in April, West cited better “real estate” for his preferred candidate and pointedly said, “And we know who I’m voting on.” Welp, his presidential announcement will now presumably change all of that.

On Twitter, celebrities and fans alike weighed in on West’s bid.

Some were very much supportive, such as West's friend and SpaceX CEO Elon Musk.

Some hoped that the announcement would embolden Taylor Swift to join the political race.

Some envisioned a world with West's wife, Kim Kardashian, as First Lady of the United States.

Others joked about the Kardashian-Jenner clan’s potential involvement in the White House.

As for how West's family feels about his presidential bid, his wife appears to be on board with the decision. The Keeping Up With the Kardashians star retweeted her husband's announcement and added an American flag emoji.