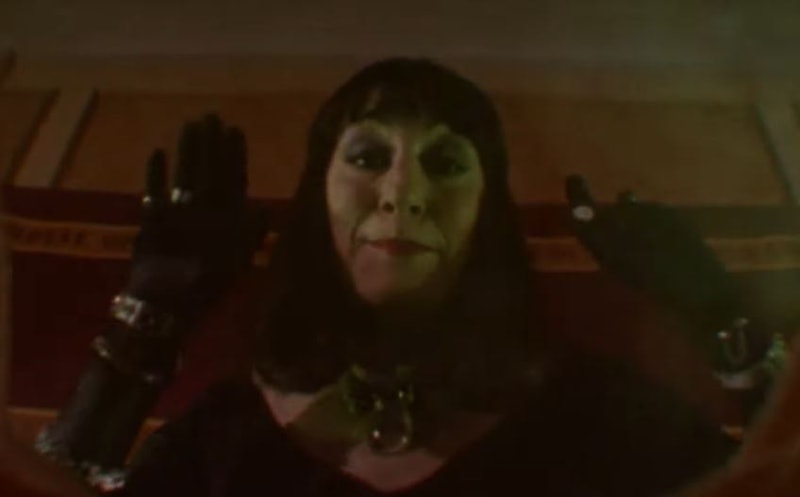 Halloween is just around the corner, and you know what that means: horror movie marathons. And listen, just because a movie might be labelled a horror flick doesn't necessarily mean it's packed full of jump scares; there's plenty of fantastic horror movies you can watch that are light on the thrills but heavy on the chills. Horror's an incredibly deep genre, almost deceptively so for most audiences, and there truly is a horror movie for every type of movie fan. To help you navigate the dark, foggy, labyrinthine hallways of horror, here's our list of the best Halloween movies of all time, with something for everybody, from the seasoned horror fan to those green to the genre.

There's a real wealth of great horror films out there, ranging from gory slashers to haunting ghost stories. You'd be forgiven for thinking horror films are just a pile of jump scares — they can be really effective in providing a thrill. But a good horror film manages to balance jump scares with some other truly unsettling scenes and sequences. What's more, some of the best horror films often feel like they transcend the genre, almost commenting on it from a meta level (see: Scream or Cabin in the Woods, which both made our list). So if you're looking to deepen your understanding of horror or if you're just dipping your toe into the eerily still waters, this list of the best Halloween and horror movies of all time should set you up right.

If you didn't have the (highly dubious) "honor" of being terrified by this adaptation of the classic 1983 Roald Dahl story, then you owe it to yourself to check out The Witches (1990), which also just got its own remake this year.

Available on Netflix, and to rent on Google Play and YouTube.

A fan favorite. The Halloween movie almost every kid grew up watching and loving. Reasons to enjoy it as an adult: Seeing Sarah Jessica Parker in her pre-SATC days and trying to figure out if that cat is the same one they used in Sabrina the Teenage Witch.

The tried-and-true slasher film classic, Halloween (2018) is a "sequel-boot" of sorts, taking the original 1978 Halloween's only surviving character, Laurie Strode (Jamie Lee Curtis) into the present day, where she grapples with the trauma she's received after her experience with the notorious murderer, Michael Myers. You don't need to have seen the original film, and a passing familiarity with the lore is enough, as this film does a great job of standing alone while also still building on the Myers mythos.

Available to rent on Amazon, Google Play, and YouTube.

Cabin in the Woods taught me to never touch creepy things in a mysterious, secret basement. Or, better yet, just don't go in mysterious, surprisingly-revealed basements. Or, wait, how about just never go into basements, period? Yeah, that's the one. There's a meta-level narrative to Cabin in the Woods that should more than entertain non-horror fans and horror aficionados alike.

The Addams Family is another great option for a scaredy-cat movie night. There’s no need to spend the entire time on the edge of your seat or hiding behind your best friend’s arm with this Halloween comedy. The cast is also iconic — with Anjelica Huston as Morticia Addams, Christorpher Lloyd as Uncle Fester, and Christina Ricci as Wednesday Addams.

The Exorcist first premiered in 1973, and it has been terrifying audiences for decades since. The film — which is based loosely on true events — follows a child who starts behaving oddly, speaking in tongues and levitating. When a local church decides to perform an exorcism, it won't be the end of this family's harrowing troubles. There's a reason this movie routinely makes "most scary" lists — it will certainly make audiences' heads spin.

Available to rent on iTunes, Amazon, Google Play, and YouTube.

A scary movie classic, this film pays homage to some of the best scary movies in cinematic history. In fact, for anyone planning to watch a few of the classics on this list, it might make sense to cap the evening off with scream Scream to see just how ingenious Wes Craven really was.

Here's another Wes Craven classic — the film follows several Midwestern teens who fall prey to midnight terrorizer who hunts people in their dreams, which then kills them in reality. One teenager, Nancy, and her boyfriend Glen suspect that their parents hold the secret to the phenomenon — but will they be able to stop it? This movie is not for any viewer who might be prone to nightmares. Happy Paranoid Dreams!

Take a trip to the Overlook Hotel, a gigantic, abandoned, freezing cold resort that is full of ghosts. Also, the mountain is too snowy to escape. What could possibly go wrong for Jack Torrance, his wife Wendy, and their son, Danny? Watch The Shining to find out.

When Cole (Judah Lewis) catches his babysitter (and also his crush), Bee (Samara Weaving), mid-demonic cult ritual, he finds himself in a world of trouble trying to survive the night. This teen comedy horror slasher has strong demonic-slash-Satanist cult overtones, and it's a solid entry into the genre.

A Halloween classic, watch this movie for its bizarre turns, its endless chase scenes, and that weird chainsaw dance that seems to never end. This movie might have effectively ended free love in America. Or at least the prevalence of hitchhiking.

This "found-footage" tale about three film students filming a documentary on the notorious Blair Witch, a murderer, will take a dark turn and will ensure viewers will never look at a basement the same way.

This movie will have viewers relieved it wasn't around in their youth because the idea of a monster from a book coming to life and wreaking havoc on the lives of a mother and her son sounds like a personal nightmare come true.

More like this
Here’s Everything Coming To & Leaving Netflix In December
By Jake Viswanath
How To Stream 'White Noise' On Netflix
By Grace Wehniainen
You Can Finally Stream 'Ticket To Paradise' At Home
By Chloe Foussianes
The 'Love, Lizzo' Harry Styles Scene Is Just 1 Moment That Made Fans Feel Seen
By Brad Witter
Get Even More From Bustle — Sign Up For The Newsletter