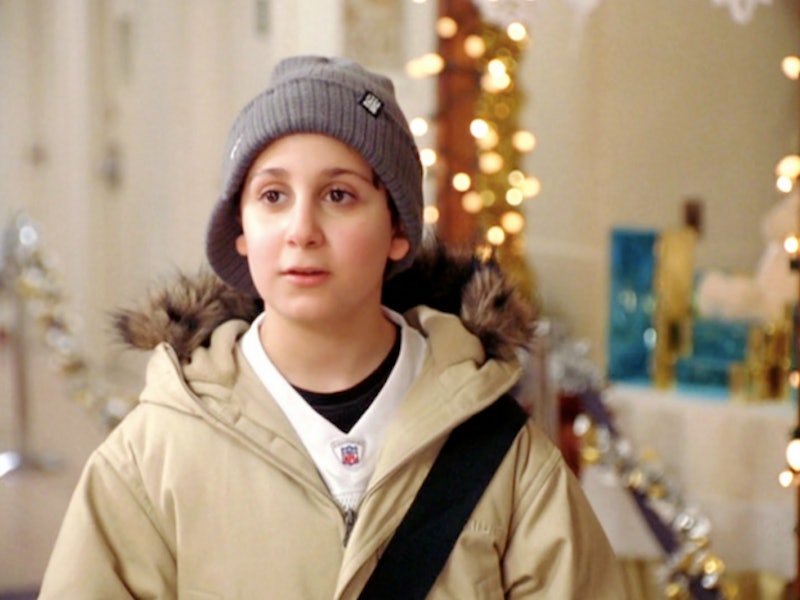 'Tis the season for Christmas movies, which means Elf is probably marathoning on all cable channels right now. Ever since the cheery, spirited Will Ferrell film debuted in 2003, its sugary-sweet lines have become part of the cultural canon of Christmas movies, from “The best way to spread Christmas cheer is singing loud for all to hear” to “You sit on a throne of lies” (which is still a great one, honestly). And even though the stars of the film were Ferrell playing Buddy the titular elf and Zooey Deschanel playing his love-interest, Jovie, let’s not forget Buddy’s brother, Michael, played by Daniel Tay. So what happened to the kid from Elf since the movie became an instant hit?

Tay was only 11 when he made his acting debut in Elf, and he's stayed mostly out of the spotlight ever since. You're pretty lucky when your first gig is in a Will Ferrell movie, especially when it’s one that becomes forever immortalized. In the movie, Tay played Michael, Walter’s son and Buddy’s half-brother. At first, 12-year-old Michael is grossed out by Buddy’s maple syrup diet and put off by his childlike sincerity, but Buddy ends up teaching Michael a thing or two, and vice versa. It’s a nice family story, OK?

But it's possible the heights that Elf reached caused Tay, 28, to want to bow out of the spotlight for a bit. Elf was released in 2003, and in that same year, Tay played a young Harvey Pekar (the older version played by Paul Giamatti) in the critically acclaimed American Splendor. He did a few other acting spots in the show Beer League in 2005 and the mob movie Brooklyn Rules in 2007.

After that, though, Tay took a different path and decided to do some voice work. He provided the voice of the titular animated character Doogal in the American film version of the British cartoon show in 2006. He also dabbled in video games, doing the voice of Pedro De La Hoya in the game Bully and some work in a Grand Theft Auto iteration in 2009, which is listed as his last project.

But since the beginning of the 2010s, Tay has mostly laid low and stayed away from Hollywood, taking a more academic path. According to Hello!, Tay graduated from Yale University in 2014 with a bachelor's degree in economics and became an SAT tutor and bilingual editor. According to his LinkedIn page, he also volunteers at a New York hospital (Buddy truly taught him well).

His LinkedIn profile also contains one other interesting job: actor. While he doesn't name Elf or any of his other roles, he still lists himself as part of the Abrams Artists Agency after all these years, indicating he might be open to returning to the entertainment industry one day. It's never too late for a child star to try out acting again — everyone loves a comeback.

This article was originally published on Dec. 18, 2015