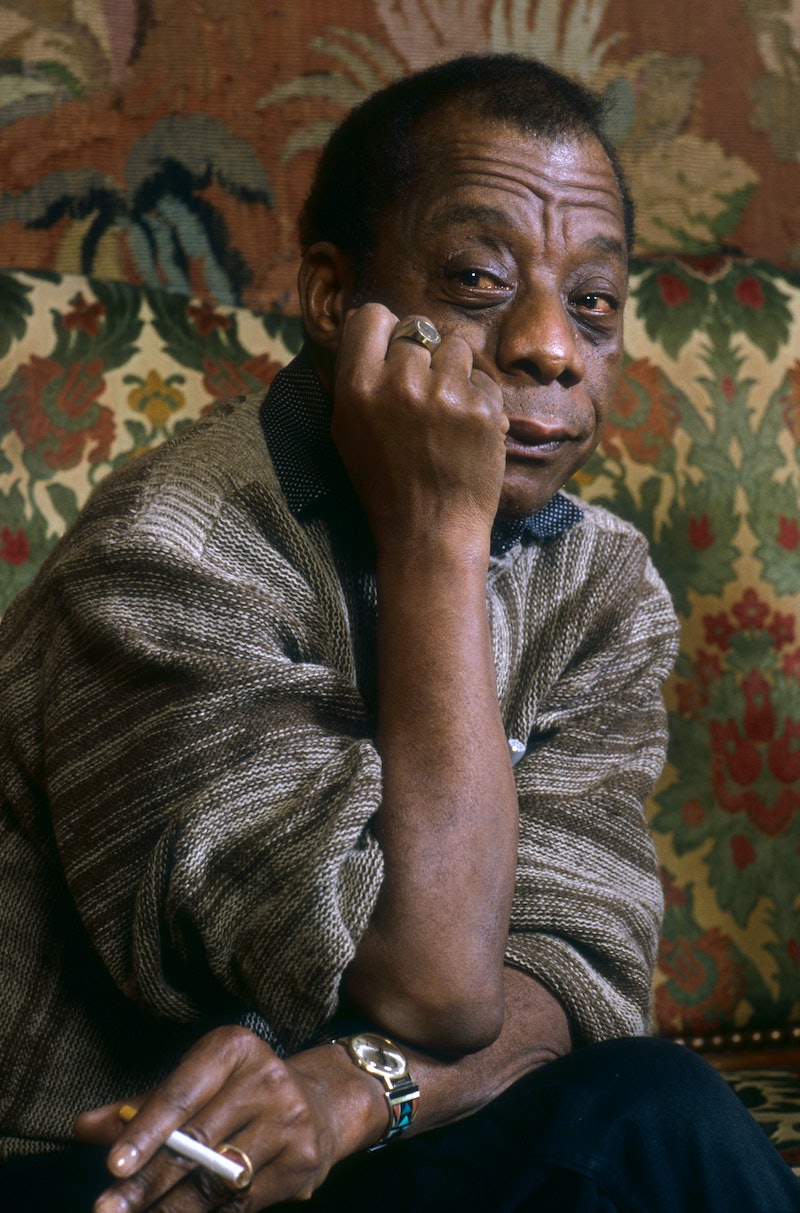 As the world reckons with racial justice, many readers will find that messages from the Civil Rights Movement still ring true today. Chief among those resonant voices is author James Baldwin. And because Baldwin's wisdom continues to make an impact today, more than 30 years after his death, Bustle has compiled a list of 15 relevant-as-ever James Baldwin quotes.

Born on Aug. 2, 1924, James Baldwin began his publishing career at the tender age of 13, when his first essay, "Harlem — Then and Now," appeared in his junior high school's magazine. Abused by his father, a Baptist minister, Baldwin grew up poor and turned to libraries for shelter, books for comfort. As a young, gay, Black man, frustrated with the United States' backward views on sexuality and race, 24-year-old Baldwin emigrated to Europe, where he remained for the rest of his life. He died of stomach cancer in Saint-Paul-de-Vence on Dec. 1, 1987, at the age of 63.

Here are 15 timely James Baldwin quotes to help you remember the author and guide you through these turbulent times.