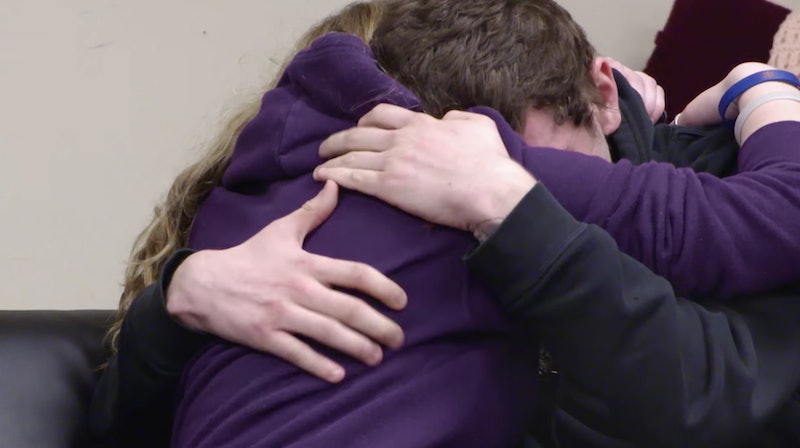 Though MTV hasn't yet announced if its poignant new docuseries16 and Recovering will return for Season 2, the program has been a resounding success. Critics have lauded the show, which follows students at a Massachusetts high school dedicated to teens with substance use disorder, for treating its subjects with empathy and avoiding the nastier, more voyeuristic pitfalls of reality TV. Substance misuse organizations such as Addiction Policy Forum and the Berkshire County National Alliance on Mental Illness have also used their social media platforms to show support.

Such a fervent response could spur MTV to renew 16 and Recovering, which was originally billed as a four-part series. After all, MTV tends to stick to a winning formula. Its16 and Pregnant series, for example, initially premiered in 2009 with just six episodes but ran for five more years and 56 episodes (it also spawned a raft of spinoffs, like the Teen Mom series).

Like 16 and Recovering, 16 and Pregnant aimed to tackle a specific social issue and has been credited with tangible impact. At least one study, released by National Bureau of Economic Research in 2014, demonstrated a 5.7% reduction in teen births in the 18 months after the show's premiere.

In fact, since16 and Recovering started its run earlier this month, MTV has announced a revival of the16 and Pregnant program, which will return to television on Oct. 6 after a six-year hiatus. It will take an approach similar to Recovery's, which featured confessional interviews from parents and teachers as well as students in order to create a sense of substance misuse as a community problem. Instead of focusing exclusively on the young mothers in the cast, the new 16 and Pregnant will explore “multiple perspectives” on the “unexpected pregnancy journey,"

More like this
Everything To Know About 'RHONY' Season 14
By Jake Viswanath, Alyssa Lapid and Brad Witter
Everything To Know About 'The Real Housewives Ultimate Girls Trip' Season 4
By Jake Viswanath
RHOP’s Robyn Dixon Explained Why Juan Paid For Another Woman's Hotel Room
By Brad Witter
This ‘Bachelor’ Spoiler Teases The Dramatic Self-Elimination Of A Fan Favorite
By Grace Wehniainen
Get Even More From Bustle — Sign Up For The Newsletter
From hair trends to relationship advice, our daily newsletter has everything you need to sound like a person who’s on TikTok, even if you aren’t.