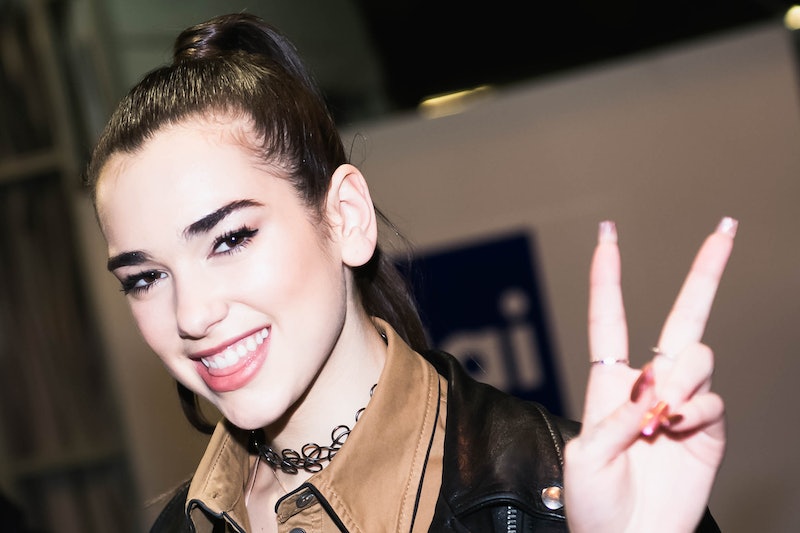 "Maybe I just didn't think I was cool enough," said Dua Lipa following her 2020 Hyundai Mercury Music Prize nomination. The pop singer's Future Nostalgia album is amongst this year's nominees and she admits she "never really thought this would ever happen." Despite Lipa's worldwide success, you can somewhat understand. For the first time in the Mercury Music Prize's history, women outnumber men on the shortlist. And, possibly most surprisingly, it features more pop artists than in previous years. Per BBC News, pop music is "a genre the Prize has tended to ignore since the 1990s..." With a total of three pop artists in the running to win, why is this year's Mercury Music Prize nominees list different?

Most of the 2020 nominees are what has come to be expected of the prize in the past few years. There's a healthy mix of UK grime Kings and ethereal folk artists on the roster, from Kano's Hoodies All Summer to Laura Marling's Song For Our Daughter. Stormzy, Michael Kiwanuka, and Laura Marling are amongst the twelve acts nominated. They are no stranger to the Prize, having received nods in previous years.

Yet, for pop acts Dua Lipa, Charli XCX, and Seeking Thrills singer, Georgia, the nomination would be a first in their careers. Per BBC News, if Charli XCX, Dua, or Georgia win, it would be the first time a pop record has earned the £25,000 prize 'since 1994'.

"I feel honoured to have my little corner of experimental pop music be recognised," said Charli XCX of the nomination. Speaking to BBC 6 Music, she explained the album How I'm Feeling Now was created during the first months of the pandemic for her "own peace of mind."

"The albums showcase a great diversity of sounds, styles, ambitions, and experience," said the judges, via a statement. They added that this year it was important to showcase an "eclectic gamut of genres."

The Mercury Music Prize is renowned for celebrating a wide range of music genres as well as untapped talent. In recent years, UK rap artists have been acknowledged after largely being ignored by mainstream charts and accolades. Rapper Dave won for Psychodrama in 2019 and was hailed as "the boldest and best British rap album in a generation". It was also commended for its thought-provoking themes on social justice — Dave's song Black inspired both critical acclaim and unfortunate backlash.

With its glamorous stars and catchy hooks, pop music isn't often offered similar praise and critique. As "popular" music is made for the masses, for some music aficionados that means the music is somehow not worthy of in-depth analysis.

Yet to continue to ignore the cultural relevance of pop music (from the album sales, the developing talent to Tik Tok dance moves) reeks of snobbery. In 2020, it seems the Mercury Music Prize has discovered that it is more radical to celebrate both music's edge and its centre in equal measure.

The winner of this year's Mercury Prize will be announced on September, 10, 2020.

More like this
Madonna’s Reason For Directing Her Own Biopic Is So Madonna
By Maxine Harrison
Beyoncé Might Be Plotting Secret Intimate Gigs In The UK
By El Hunt
60 Empowering 'Renaissance' Lyrics That Make Perfect Instagram Captions
By Catharina Cheung
The Controversy Around Beyoncé's “ENERGY”, Explained
By Frances Stewart
Get The Very Best Of Bustle/UK