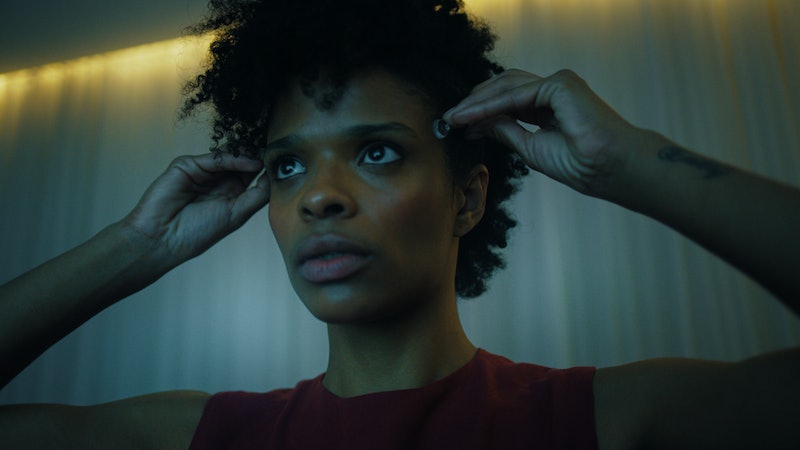 The journey through The Process is over. Netflix's Brazilian thriller 3% won't return for Season 5; its fourth season will be its final one, per Portuguese website Natelinha. This rounds out a four-year run for the Netflix show, which explored the pitfalls of a utopian society built on meritocracy through a Hunger Games-esque lens.

The series had a long road to the small screen. Per Super Interessante, creator Pedro Aguilera came up with the idea for 3% in 2011. He filmed three short pilot episodes of the series, and posted the entire thing on YouTube. In the short episodes, a group of 20-year-olds compete against each other to be part of the three percent of candidates who get to leave their impoverished land and live in a distant, affluent society. “We are looking for a TV channel interested in making this entire season possible," Aguilera wrote in the description of the shorts. Five years later, Netflix offered him a deal based on that premise, and 3% became Netflix's first-ever Brazilian series.

Like the pilot, the series follows a group of young adults as they strive to leave the poverty-ridden Offshore and live in the wealthy Inland. By the final season a third option has been created — the all-welcoming Shell. Though fans are understandably sad that the show is ending, the fact that 3% lasted for seasons on Netflix — a platform notorious for canceling series prematurely — is a remarkable accomplishment, one that the cast was quick to praise on Instagram.

"Last day of filming, last make of Michelle, last day of set of 3% — a journey that I started in 2014," actor Bianca Comparato, who plays Michelle, posted on Oct. 10, 2019. "My heart is full of gratitude ... what thrills me most about this whole process is that we were pioneers in streaming platforms in Brazil ... Netflix Brazil has grown so much in recent years and today I am pleased to see many colleagues producing incredible content."

Bruno Fagundes, who plays André, similarly praised 3% on an Oct. 3 post showing off the cast and crew. "Culture is what shapes us as a nation! This series is 100% Brazilian, made to be seen in the world," he wrote.

In her own post, Vaneza Oliveira, who plays Joana, thanked the "wonderful team" that made 3% what it was. "All these months it was with these people that I had breakfast, had lunch, drank, laughed and cried with," she wrote. It was a "fulfillment of the dream of being part of something so special."

As for Aguilera, the showrunner is already working on another Netflix production called Omniscient; Season 1 of the series is streaming now. Set in a near-future just like 3%, Omniscient centers around a seemingly perfect city where every citizen is followed constantly by a tiny, almost imperceptible drone. Humans aren't able to access the data, and the mere presence of the drone deters any crime in their city. It seems like a perfect system, until protagonist Nina stumbles on a murder that hasn't been recorded. Omniscient channels the same utopian-but-actually-dystopian themes of 3%, so while you may never be able to see Michele, Joana, and Rafael again, at least you can dive back into Aguilera's world with Omniscient.

Ed note: This article originally miscategorized the release date for Omniscient. It has been corrected.