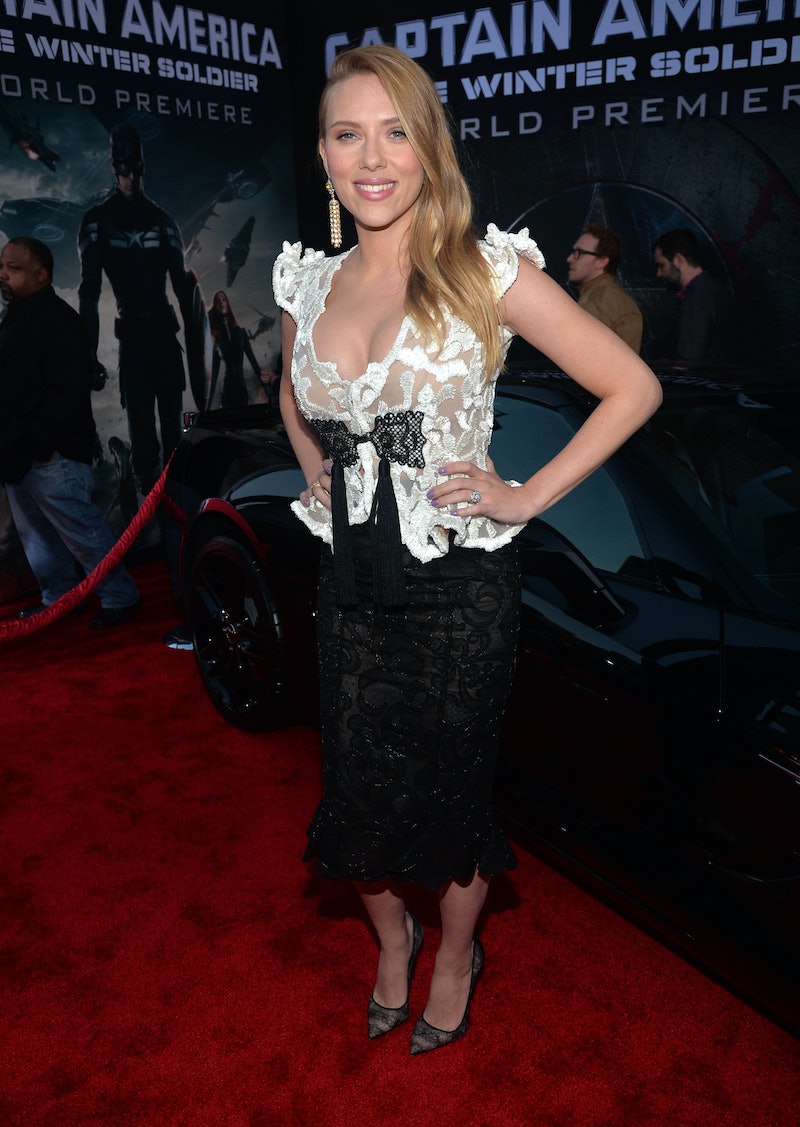 Some actresses take time off after having a baby, but apparently that's not the case for the Black Widow. Less than four months after giving birth to her first daughter, Rose, Scarlett Johansson has signed on to Ghost in the Shell , a film adaptation of the Japanese comic book series of the same name.

Snow White and the Huntsman director Rupert Sanders — yes, the man who supposedly broke up Robert Pattinson and Kristen Stewart — will direct the movie, which centers around a covert task force that fights against technology crimes. Johansson will play lead character Motoko Kusanagi, the cyborg leader in a division of the Japanese National Public Safety Commission. Like in Lucy, she has a very powerful brain, but this time around it's not because of taking weird drugs. In Ghost in the Shell, she has a huge "cyberbrain" that is housed in a full-body prosthesis after a childhood accident. So, basically lady Robocop?

More like this
TikTok's Spooky 'Heartstopper' Fan Theory Will Make You Question Everything
By Nola Ojomu
What Does Doctor Strange’s Third Eye Mean?
By Arya Roshanian
What’s New On Netflix: A Victoria Justice Rom-Com & The Return Of David Letterman
By Arya Roshanian
Lisa Marie Presley Reviewed Baz Luhrmann’s ‘Elvis’ Movie On Twitter
By Grace Wehniainen
Get Even More From Bustle — Sign Up For The Newsletter