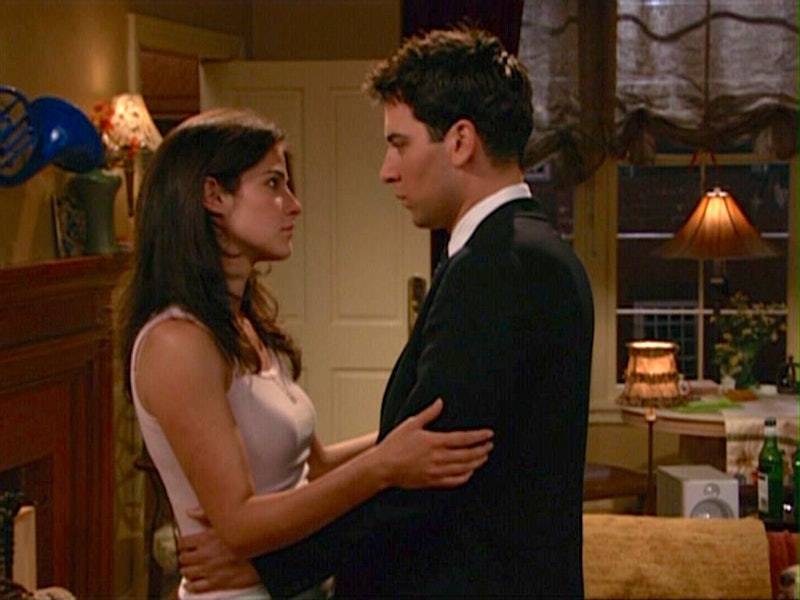 I've been protesting How I Met Your Mother since the disastrous finale in March 2014. What was once one of my favorite shows was sullied by an ending I didn't agree with, and one I felt ruined my ever wanting to watch the show again. But the good news is when I finally did rewatch the How I Met Your Mother pilot a year later, I wasn't as turned off as I thought I'd be. With the wisdom of the finale and knowing how the show turned out, I was free to enjoy the ride rather than focus solely on the ending.

Do I think Ted and Robin should have gotten together? Not really, but I found I was open to watching their journey and seeing if I change my mind. After all, we have to consider that the writers knew what they were doing the whole time and maybe there are moments we missed that will make the Robin/Ted thing make more sense. But rewatching the show's first episode didn't just give me a fresh look at the controversial pairing, it gave me the chance to notice a lot of other things I missed when I first watched the show back when it was still on the air.

There are some things in life you can't appreciate as much at the time. But looking back, the pilot was HIMYM in their prime, and I just missed it the first time around.

The Kids Used To Talk

They were like actual characters on the show! Eventually they were phased out of the intros, but in that first episode the show was very concentrated on reminding viewers that this was a story Ted was telling to his rather reluctant children.

They Used Different Pictures In The Intro

I like the official theme song group shots much better.

And These Random Girls Were Apparently Ted's Friends

Who are these people? Everyone knows the five main characters only have each other as friends. This makes me uncomfortable.

All The Best Barney Lines Were There From Day One

From "Suit up!" to "Haaaave you met Ted?" Neil Patrick Harris is a national treasure and the pilot just proves that all over again.

Ted Was Always An Over-The-Top Romantic

Character consistency for the win.

Knowing He Ends Up With Robin Changes The Way You Watch

I was less focused on the story he was telling his kids than watching how Robin and Ted interacted. This is the woman he truly loves in the end, after all.

They Didn't Sit At Their Usual Booth

What is happening here? It's very unsettling.

Ranjit Was There From Day One

Such a faithful taxi driver. He's been with the crew the whole time.

Kids, we should have known that it was always supposed to be Robin. All the clues were there right from the start. He opened the story with his meeting her, and I mean, she didn't stop seeing Ted even after he said I love you on the first date. That's a match made in heaven right there.

More like this
Why You Loved 'One Tree Hill' So Much — And Still Do
By Sabienna Bowman and Radhika Menon
Jennifer Aniston Is Still Wearing That 'Friends' Dress She Stole From Monica's Closet
By Jake Viswanath
Emma Thompson, Lashana Lynch, & Stephen Graham Lead Netflix’s 'Matilda'
By Sophie McEvoy
Everything To Know About 'My Big Fat Greek Wedding 3'
By Grace Wehniainen
Get Even More From Bustle — Sign Up For The Newsletter