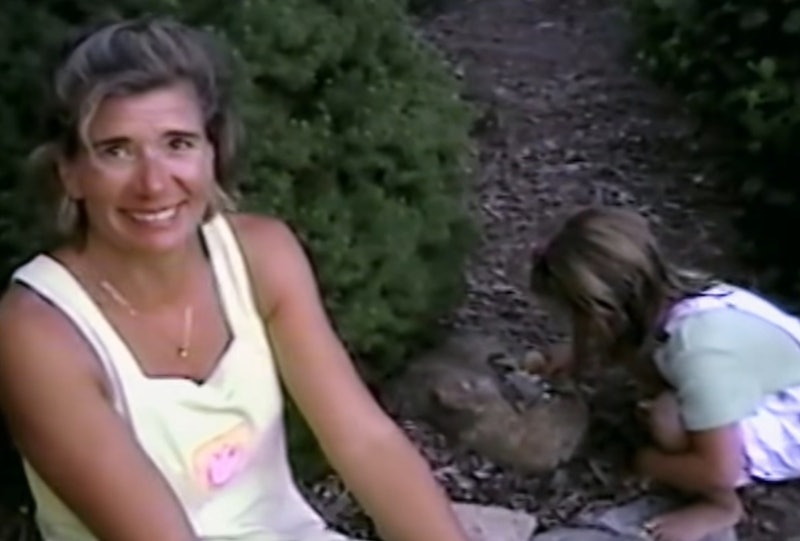 In the new four-part HBO docuseries Murder on Middle Beach, a woman's unsolved murder rests at the heart of its true crime story. On the morning of March 3, 2010, Barbara Hamburg was stabbed and beaten to death in front of her home in sleepy Madison, CT. No one has ever been charged in the killing, but there is no shortage of theories as to who may have ended Hamburg's life. One such theory revolves around a mysterious Multi-Level Marketing (MLM)-like scheme known as The Gifting Tables, of which Hamburg was a member.

Although there are certainly legitimate MLMs out there — think old school makeup peddlers Avon and Mary Kay — the businesses have a reputation for being scams. Often compared to pyramid schemes, MLMs usually work by having their members sell a product and recruit others to do the same, with those recruiters earning a share of their recruits' sales, all the way to the top of the pyramid. The Gifting Tables, by contrast, is not technically an MLM, as its members weren't selling anything to anyone. They weren't hawking essential oils or supplements. Instead, they were "gifting" existing members of the organization large sums of money in order to join, and then recruiting others so that they themselves could eventually receive their own "gifts."

Allegedly, the goal of The Gifting Tables was to effectively offer a way for the group's higher-ups to earn nontaxable income. The way it worked was this: "tables" of women (The Gifting Tables' membership was exclusively female) were built in a pyramid structure of eight members with one at the top, two in the second row, three in the third row, and four on the bottom. The top member would recruit others to join her table, for a fee of $5,000. Those recruits would in turn recruit others, who also had to pay a fee of $5,000 to the member at the top of the pyramid. Once eight new members joined the table, the most senior member — the one at the top — checked out with their $40,000 and moved on to another table. The table would then split in two, with the two second-row members become the top members of the new tables, ready to earn their own $40,000, and all other members moving up accordingly, according to the U.S. Department of Justice. Recruits were found largely among Alcoholics Anonymous groups, sometimes even being recruited by their own AA sponsors, as reported by the New Haven Register.

Eventually, The Gifting Tables' operations came under suspicion of the law. Donna Bello and Jill Platt, two of the Gifting Tables leaders, were charged and tried for defrauding the IRS and other Gifting Tables members. Both were convicted and were sentenced in 2016, with Bello receiving a 48-month prison sentence and Platt earning 30 months, as reported by area newspapers The New Haven Register and The Hartford Courant.

It remains unknown if The Gifting Tables played a role in Barbara Hamburg's murder. But hopefully, with renewed attention paid to the case via Murder on Middle Beach, her death won't remain unsolved for much longer.