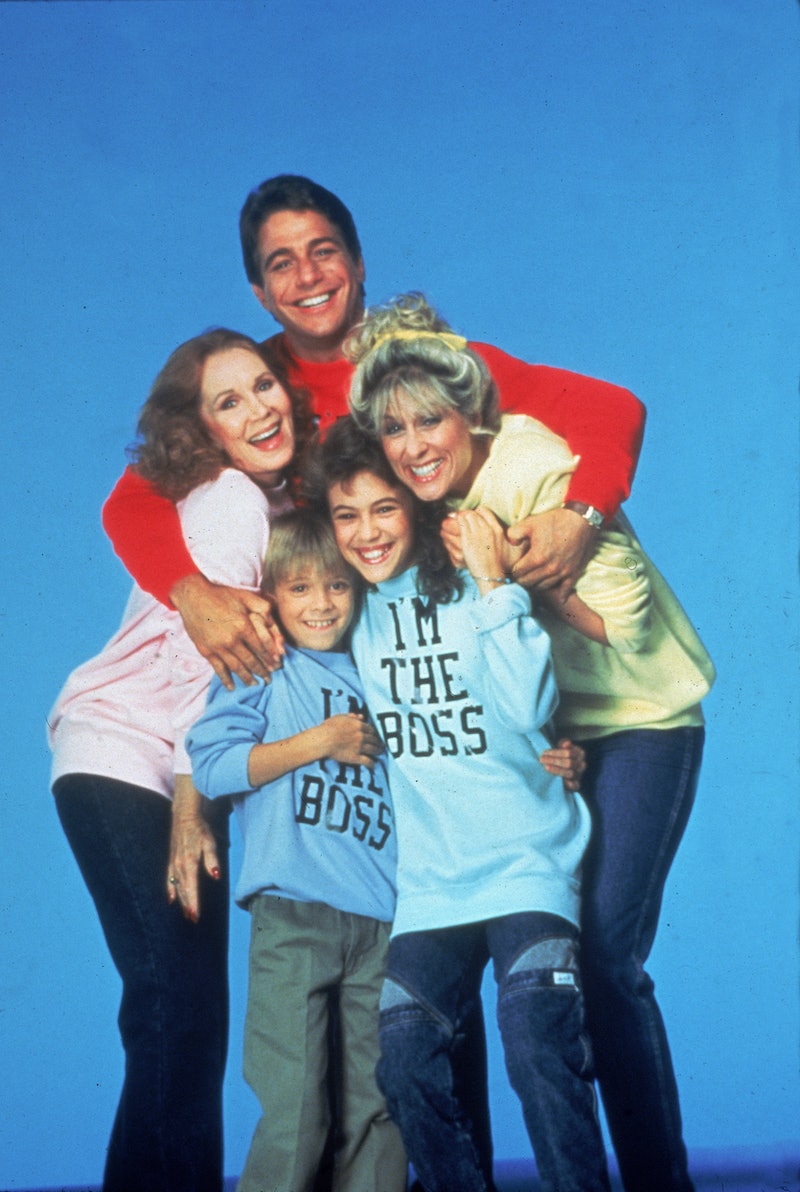 A classic '80s sitcom is getting ready to make a comeback and show the world who's boss — once and for all. Sony Pictures Television announced on Tuesday, Aug. 4, that a Who's the Boss? revival is currently in the works and will bring back former stars Tony Danza and Alyssa Milano to reprise the roles of Tony and Samantha Micelli, respectively.

The sequel series is set to take place 30 years after the events of the original show, which first made its small screen debut in 1984 and ran for eight seasons until coming to an end in 1992. The main focus of the revival will center around Tony, a now-retired housekeeper, and his relationship with his fully grown daughter, Samantha, as she juggles being a single mother while living in the house she grew up in. "In line with Norman Lear’s classic shows, the new comedy will explore generational differences, as well as opposing world views and parenting styles within the dynamic of a modern family in 2020," reads the official synopsis of the series, according to Entertainment Tonight.

No official premiere date for the reboot has been released, nor is it clear who else (if anyone) from the original cast will make an appearance apart from Danza and Milano. However, the studio claimed that cast members Judith Light and Danny Pintauro "are supportive of the new series. The cast remains very close to this day and the hope is to find creative ways to work them and their characters into the show."

Shortly after the news broke, Milano took to Instagram to express her excitement, posting a throwback photo from her time on the series. "I’ve wanted to share this for so long and now I can!" she wrote in the caption. "We feel the time is right to tell the story of where these amazing characters are today. Can’t wait to share their stories with you. So happy."

The former Charmed star also released an official statement to ET about why 2020 is the time to bring back Who's The Boss, calling it "a very progressive show." She added, "We were really a modern family in the 80’s. We look forward to making the sequel as thoughtful, smart and relevant to the times today. And make people laugh at the same time."

For his part, Danza also posted a celebratory message on Instagram alongside a slideshow of images from him and Milano from the show, writing, "Very excited to bring Who’s The Boss back to television!"

So if you were sad to see Fuller House come to an end this year, take comfort in knowing that another beloved '80s family will soon be back to fill the void.

More like this
Man Meets Politics: ‘Boy Meets World’ Star Ben Savage Is Running For Congress
By Jake Viswanath
A New 'And Just Like That' Table Read Pic Confirms A Key Character's Return
By Jack Irvin and Grace Wehniainen
'That '90s Show' Star Callie Haverda Got Advice From Mila Kunis & Ashton Kutcher
By Brad Witter
Mel B Thinks These Celebs Should Play Them In A Spice Girls Movie
By Alyssa Lapid
Get Even More From Bustle — Sign Up For The Newsletter