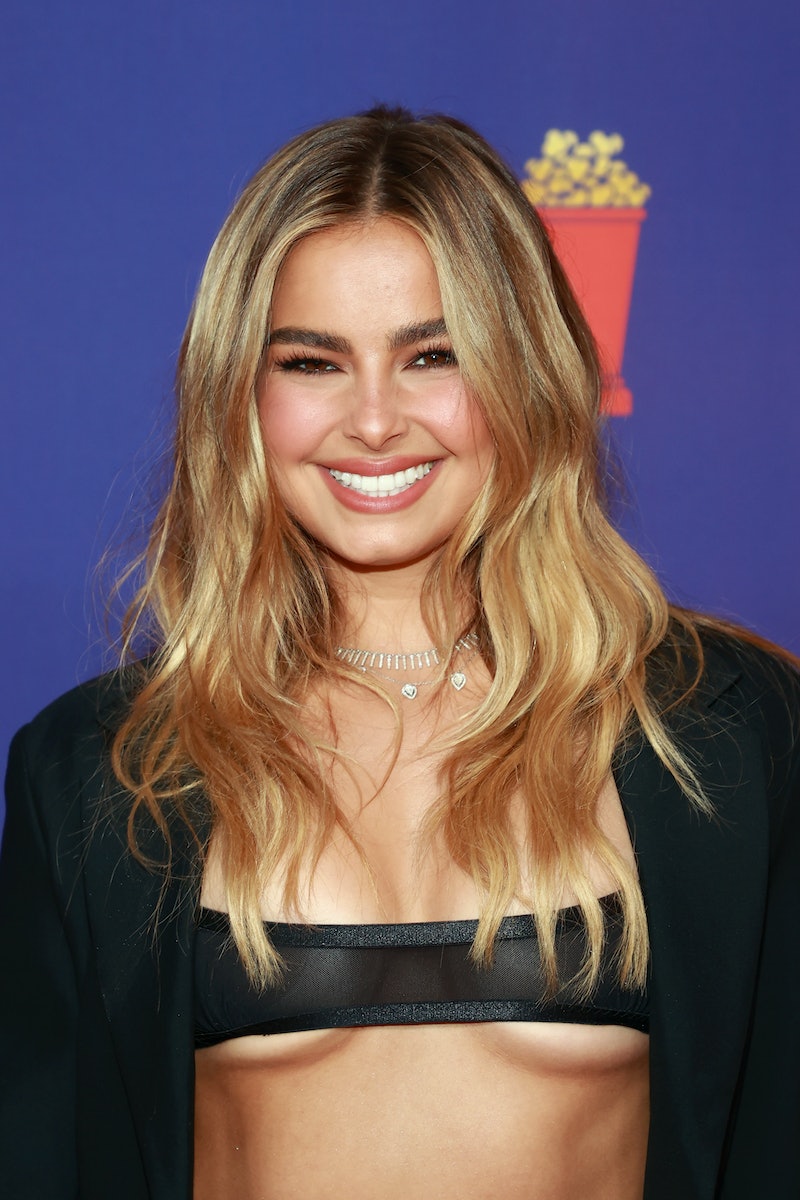 The transition from TikTok to television isn’t always smooth. Addison Rae caused some controversy after joking about her UFC hosting gig on Twitter on Friday, July 9, sharing a photo of herself at the Dustin Poirier vs. Conor McGregor match in Las Vegas and writing, “I studied broadcast journalism in college for 3 whole months to prepare for this moment.”

Rae, who left a degree program in sports journalism at Louisiana State University after three months to focus on social media influencing, seemed to be poking fun at her unfinished degree. Many people on Twitter were upset about the comment, with one user writing, “Stealing jobs from those more deserving, very classy,” and another follower saying, “Some people work really hard for jobs like this. and she gets it because she is famous? this is so unfair.”

The backlash didn’t seem to bother Rae, who made light of the situation the next day, tweeting, “Nvm y’all got me fired.” The TikTok star also retweeted a post from Barstool Sports, in which a picture of her at the event had been captioned: “Most hated UFC commentator ever #UFC264.”

Followers may also have misunderstood the situation, as Rae was only attending the event to do one social activation segment with Poirier and is not slated to appear as a host or reporter, according to an E! News source. “She’s not, nor was she ever, a correspondent,” the insider told the publication. “She’ll be at the fight tonight but just as a spectator. There were never any plans for her to have any further official responsibilities.”

Rae, who became one of the biggest breakout stars of TikTok, amassing over 80 million followers, has faced some controversy in the past. In March, she performed TikTok dances on The Jimmy Fallon Show, teaching the late-night host the moves to eight popular dances to songs like Megan Thee Stallion’s “Savage” and Cardi B’s “Up.” When the segment aired, both Rae and Fallon were called out for failing to credit the creators of the TikTok dances, many of whom were Black. Rae issued a statement to TMZ later, saying, “It’s kinda hard to credit during the show,” and that credit would be given in the YouTube video.

While the social media star may not be pursuing a gig as a UFC reporter, Rae has been expanding into career opportunities off of social media in recent months. Rae recently launched the beauty line Item Beauty, her debut single “Obsessed,” and is slated to star in the reboot of She’s All That, titled He’s All That. Following the announcement of the project, Rae seemed to acknowledge the skepticism about her career outside of TikTok. “I’m willing to prove how seriously I do take things,” she told Bustle in April. “It’s something I’m willing to keep working at and hopefully really proving myself to these people.”