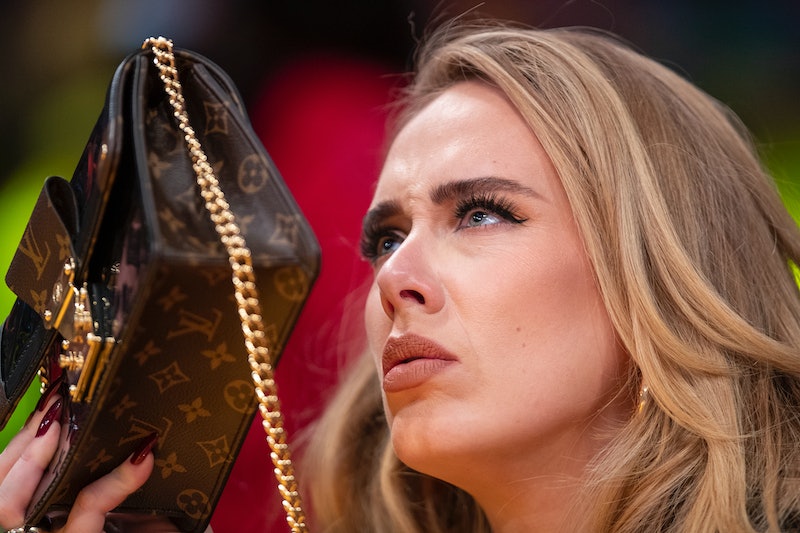 Adele has admitted she can’t stand reality TV shows like Love Island and the Real Housewives series. While promoting her latest album, 30, the British singer appeared on makeup artist and vlogger Nikkie de Jager’s YouTube channel, NikkieTutorials, where she spoke to the host about her life in recent years since moving to the US.

In the video, around the 11-minute mark, Nikkie asked the singer if she has started watching any of the Real Housewives series since moving to the US. “I can’t. I know a lot of people love it but I can’t… my brain will die,” Adele, 33, said while getting her makeup done by the YouTube star on Thursday (Dec. 2).

“Also I don’t know who any of them are, I can’t start when it’s been on for so long,” the “Easy on Me” singer added. Adele did reveal that she once tried to give “The Real Housewives of New Jersey” a shot by watching one episode, but “they were all, like, literally killing each other, but it was too much,” she added. Saying instead that she’d prefer to watch something she can learn from, such as wildlife documentaries.

But the one reality TV show she really can’t stand? Love Island. “I can’t bear that show,” said the “Hello” hitmaker when Nikkie brought up the British reality dating show. “My son’s dad [Simon Konecki] loves that and I remember trying to get into it while I was home doing shows… I couldn’t believe it! They’re all having sex on TV!”

“But it’s for our entertainment!” replied the host, before she continued to tell Adele about a Dutch reality dating show called Temptation Island that goes to even further extremes by separating existing couples and contestants try to seduce them individually.

“People voluntarily go on that show?!” Adele exclaimed. “People will do anything to be famous, it’s insane!”

Asked about the biggest misconception of being famous, the singer said that everything is not always as it appears.

“Fame is such a rare thing to happen that it’s hopeful for a lot of people… it gives people a lot of hope,” she told Nikkie. “But just because you have a successful career doesn’t mean your life is successful, it’s hard to get a balance and it’s quite terrifying living those things out in public.”

So how does Adele manage fame? “I’m a recluse, babes!” she told the YouTube star. “I disappear for five or six years”