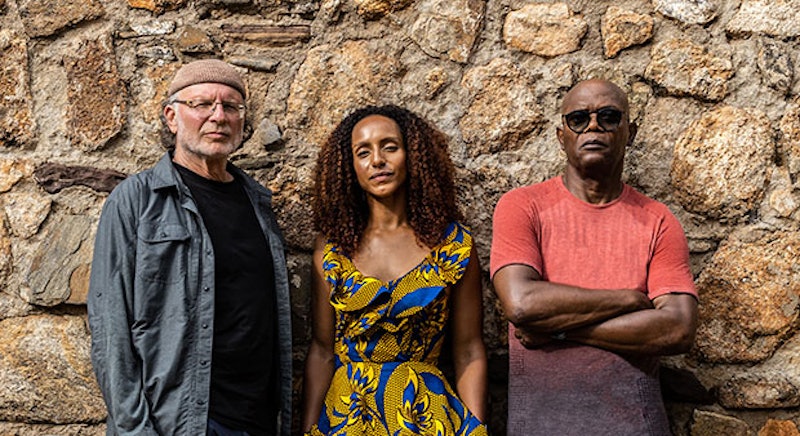 The BBC's latest documentary will centre around 400 years of human trafficking and the millions of enslaved Africans who were brought to the Americas by European slave traders. In the new series, the likes of Samuel L. Jackson and author Afua Hirsch will each delve into this dark period of history, providing viewers an in-depth analysis of the transatlantic slave trade. If you'd like to learn more about this insightful BBC doc, here's everything you need to know about Enslaved: The Lost History of The Transatlantic Slave Trade.

When Is 'Enslaved: The Lost History Of The Transatlantic Slave Trade' On TV?

The upcoming documentary is set to air on BBC Two. However, given the series has only just been announced, an exact airdate is yet to be confirmed.

What Is 'Enslaved: The Lost History Of The Transatlantic Slave Trade' About?

The four-part documentary aims to shed new light on hundreds of years of human trafficking, during which over 12 million Africans were sold into slavery by Western Europeans. Each episode will focus on a different storyline, including the location and investigation of sunken slave ships, an in-depth analysis of the transatlantic slave trade, and more.

Who Stars In 'Enslaved: The Lost History Of The Transatlantic Slave Trade'?

As the Radio Times reports, the history of both the enslaved people and the European slavers will be brought to life using retrieved artefacts, dramatised reconstructions, and advanced diving technology — the latter of which was used to locate and explore the sites of sunken slave ships in the UK, the Caribbean, and Florida. The U.S. series, which was recently acquired by the BBC, will debut across the pond as a six-part series, and has been condescend down into four episodes for viewers in the UK. Discussing the upcoming documentary, BBC Two Controller, Patrick Holland, described Enslaved: The Lost History of The Transatlantic Slave Trade as "hugely ambitious."

“I had the privilege to meet with Samuel L Jackson, Afua Hirsch and Simcha Jacobovici at the start of their production last year and I was determined to bring their essential, hugely ambitious and important series to the BBC. These are stories that demand to be told and which sit at the very centre of our shared history," Holland commented.