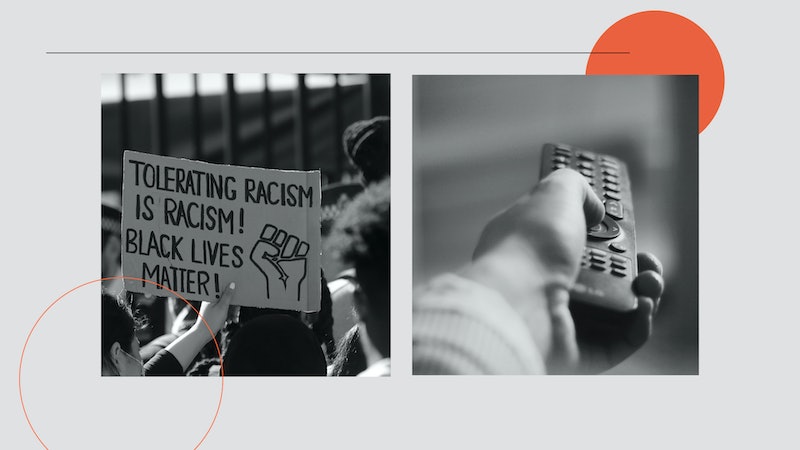 Right now, social media is flooded with shows of support for the Black community as they process yet another trauma that has occurred as the result of police brutality. While speaking out online is important, it is the work we do in our daily lives that will make the real difference, and that begins with education about Black history, systematic racism, and white supremacy.

Although the U.S. is the centre point for the anti-racist protests happening right now, and people in the UK must do all they can to support what is happening there, it's also crucial to look at this country's track record.

If documentaries are your preferred method of learning, the works listed below are a starting point for continued education on anti-Blackness in the UK, Black British life, and UK Black history. Also included are two documentaries that look at the UK's racism problem with a wider lens. For those interested in going beyond this list, the BFI website has a number of films and documentaries to rent or watch for free on its Black Britain On Film and Black British Filmmaking pages.

These works offer insight into what anti-Blackness looks like in modern-day Britain and the way in which those behaviours are being perpetuated.

A look at what life is like as a Black British person today.

These documentaries highlight the ways in which Black history has shaped and enriched Britain, touching everything from sport to music to LGBTQ culture.

As one of the most shameful episodes in modern British history, the Windrush Scandal is something all Brits need to know about. These documentaries tells the stories of the Windrush generation and analyses how and why the scandal took place.

Black creators, writers, journalists, and activists speak first-hand about their experiences of and insights about anti-Blackness in the UK.

These documentaries help viewers to understand how anti-Blackness operates within a framework of systematic racism and white supremacy within the UK.

More like this
You’ll Definitely Recognise The Stars Of Amy Winehouse’s Biopic
By Maxine Harrison
Rupert Grint Just Shared A *Major* Update About Ron Weasley’s Future
By El Hunt
Gerard Butler Insisted On Adding This Pivotal Scene To 'Plane'
By Catharina Cheung
Jemima Khan Used Her Own Life As Inspo For 'What’s Love Got To Do With It?'
By Darshita Goyal
Get The Very Best Of Bustle/UK
Sign up for Bustle UK's twice-weekly newsletter, featuring the latest must-watch TV, moving personal stories, and expert advice on the hottest viral buys.