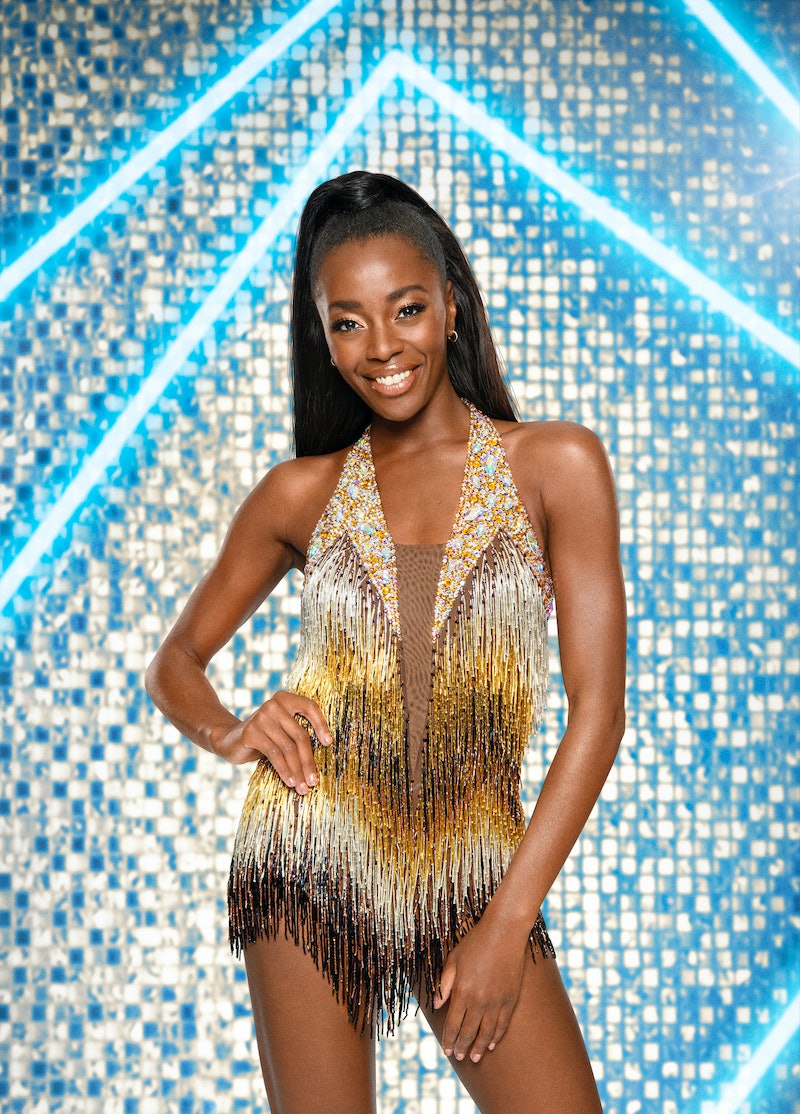 We’re getting ready to put our dancing shoes on once again as the 19th (!) series of Strictly Come Dancing airing on Sept. 18. While we try to predict which celebrities and professional dancers will be paired together, TV presenter and Strictly contestant AJ Odudu has reservations about one thing in particular.

The 33-year-old presenter revealed to Metro.co.uk that her mother, while excited to watch her take to the dance floor each week, she may not be too keen about any criticism her daughter may receive. “I think she’ll be like any mum,” said Odudu, “really protective and she only wants to hear good things about me. She knows the spirit of the job, that’s the thing. So I’m sure she’ll take it well.”

As for how she will handle the judges' feedback herself, Odudu seems confident and backs herself. “I feel like ultimately my background and my experience as a TV presenter will lend itself to having a bit of a thick skin. There’s been a lot of rejection, a lot of knockbacks, both societally and professionally. So hopefully just taking criticism, I’ll take it how I’ve taken criticism all my life, which is to be upset about it a little bit and then learn from it, which is the biggest point of the criticism.

“It’s such an amazing show, and what an unbelievable line-up of judges. They know their stuff inside out so I just want to listen and learn, to be honest.”

The mother and daughter duo have previously shown their close relationship on TV during Odudu’s Channel 4 show, Manhunting With My Mum. In the one-off documentary, Odudu travelled to her family’s native Nigeria with her mum, Florence, with the aim of (you guessed it) finding AJ a man. Her mum played matchmaker, setting up her daughter on several dates with the likes of actors and princes. With her energy and charisma, Florence naturally stole the show.

Strictly Come Dancing beings on Saturday, September 18 at 7:45 p.m. on BBC One.