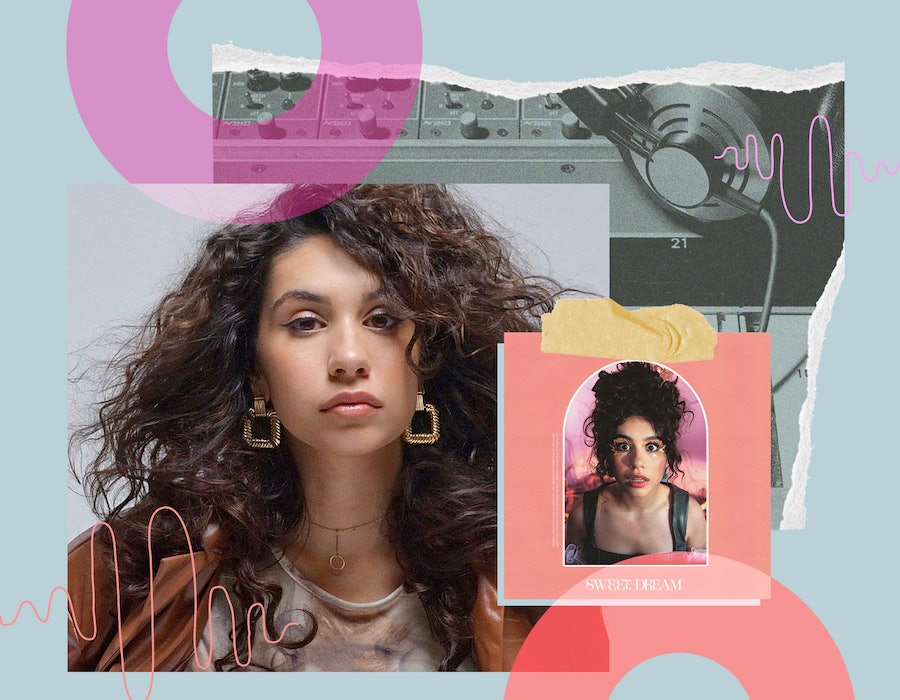 Alessia Cara’s 2015 debut single “Here” captured the panic-inducing awkwardness of being at a party and wishing you were anywhere else. But while the introvert anthem launched Cara’s career (she went on to win a Grammy for Best New Artist in 2018 and collaborate with industry heavy-hitters like Logic and Zedd) current-day Cara is far from the girl she describes in that song. “I am actually the opposite of that,” Cara, now 25, tells Bustle. “I am very humorous and lighthearted for the most part.”

After five years of nonstop touring and recording, quarantine provided a much-needed slowdown for the Canadian-born singer-songwriter. Her new album captures the downward spiral she experienced at the height of her popularity thanks to insomnia, anxiety, and a brutal work schedule. “My largest coping mechanism is distraction and making light of things and suppressing as much as possible… but in reality, that’s just pushing [the problems] away,” Cara says. “When I started working on this album, I was dealing with a lot mentally, emotionally, and physically.”

With therapy, some time off, and a lot of inner work, Cara climbed her way out of a dark period and set to work on her third record. The album has two distinct parts: one detailing the process of breaking down, and the other of finding hope on the other side. The first two singles off the album capture this dichotomy: “Sweet Dream” is a buoyant ballad about insomnia and anxiety, while “Shapeshifter” calls out a cheating lover.

Since her first smash hit “Here,” a song about anxiety and overthinking, Cara has made it a point in her career to be frank about her mental health. This radical honesty is the thesis of her new album. “I hope everyone who listens can see a part of themselves in what I’m saying, so that my experiences can be repurposed for their life and themselves,” she says. Below, Cara muses on the lessons she learned in the music industry, being inspired by Amy Winehouse, and her very first CD.

You found major success with “Here” when you were still a teen. Looking back now, is there anything you wish you had known then?

There was so much I didn’t know at the time. I started everything so quickly at such a young age — straight out of high school and straight out of a sheltered life that I was living prior to having all this success. I was this wide-eyed kid that was very overwhelmed and didn't know how to say no or take care of herself or take control of my life. I had no control over my life for so many years. Going from that, to suddenly running a business having a job and career… it was a lot. You’re so overwhelmed, and you think [the success] is always going to be there, but nothing is promised; things go by incredibly fast. I went through all those times so scared and nervous. I wish I had enjoyed that more.

Was there a moment you really felt like you “made it” as a musician?

Now looking back, I had no idea what was coming, in the best way. I remember the first time I ever sold out a show. It was at the Knitting Factory in New York, and it was only 200 people but I remember thinking, “Oh my god, it’s sold out, 200 people want to come and see me at the same time, and no one else can buy tickets because they bought all the tickets!” I thought that was the coolest thing, like, “200 people!” I remember feeling like I made it. There are people paying to see me play music — it felt so surreal at the time. I would go on to play huge shows, but that just felt, still to this day, like a huge moment for me.

Was there a moment you felt ready to give up on musician life?

Many times. Almost every day. There are times when I’m like, “I’m out, I’m done!” I have my frustrations with the industry. I love my job and my career, but I don’t love the industry I am in just because it’s so fleeting, and it makes artists feel very disposable. There have been many times, especially around my second album, where I just felt really unsupported and unheard and kind of disposable. I like to make music that grows on people that makes people think. [In the industry], if it’s not a quick hit or quick yes for people, they dispose of it or make it feel valueless, and that really got to me in the beginning. I was trying so hard to make music that means something, and no one cares, they just care about other stuff that I don't really get. It was tough, and even now I feel like I'm always going to have to prove myself, because I have taken the long road.

I love Amy Winehouse. She is always going to be an idol of mine, continuously throughout my life. I always look to her for musical guidance and lyrical guidance. I also really love and have been into The Zombies lately and have been watching a lot of interviews with Colin Blunstone. They’re so good and their writing is so simple. I have been into ‘70s rock music, [and] they have written some of my favorite songs ever.

What’s the weirdest thing you’ve ever written a song about?

“Scars To Your Beautiful” came about because there was a marathon of Botched that was on TV and my collaborator Sebastian Kole and I were like, “Why do people do this to themselves?” That started the whole song.

It was the Black Eyed Peas Monkey Business album. It was the early 2000s, [and] the first time I made my own musical decision. It felt very special. I still love that album. It’s not only nostalgic, but I think it still holds up. “Don’t Lie” could have been a bop today.

You also wrote some really interesting lyrics about your insomnia on “Sweet Dream.” What inspired you to write about this nightly struggle?

I wanted it to feel not only like the frustration and things you’ll do to get to sleep at night but also to represent the delirium that happens the next morning and what it feels like to have to function after a night of insomnia and anxiety and stress.

I feel suffocated at night and I just try anything possible. It’s this intense desperation I feel when I have nights where I can't sleep and then the next morning I feel so wired and out of it and like I’m functioning at half the level I should be functioning at. I have just been stuck in this loop for so long that I tried to make it a little lighthearted too, because if you see humor in pain, it softens the blow a little bit.

More like this
Craig David Is Still Slicker Than Your Average
By Olivia-Anne Cleary
'School Of Rock' Changed Joe Keery's Life Forever
By Alyssa Lapid
Even If She Tried, Beth Ditto Couldn’t Stay Away From Music
By Ivana Rihter
The Spice Girls Just Dropped A Brand New Music Video
By Sam Ramsden
Get Even More From Bustle — Sign Up For The Newsletter