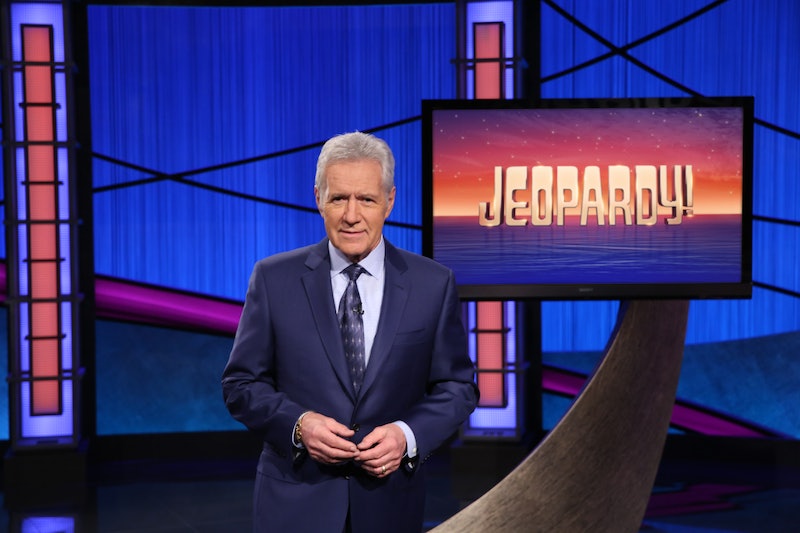 Alex Trebek has served as the host of Jeopardy! for the last 36 years; however, the beloved game show staple doesn't expect to carry the torch forever. And when that day does finally come, Trebek already knows who should replace him as Jeopardy! host, which he revealed during a recent interview with Good Morning America. And as usual, his response couldn't be more perfect.

"I joke with the audience all the time and I say, 'Betty White,' because they want somebody younger, somebody funnier," he said of his actor friend, who is currently 98 years old. (Trebek himself is 79.) "Betty and I have been friends for a long, long time," he added. Of course, it's heartbreaking to think of anyone other than Trebek hosting Jeopardy!, and fans have been dreading the change ever since Trebek announced that he had been diagnosed with Stage 4 pancreatic cancer more than a year ago in March 2019. Though if you had to choose someone else, there's no doubt why Betty White deserves to be at the top of the list.

White isn't the only name Trebek has thrown into the hosting ring throughout the years. In 2018, he stated on OJECTified that Los Angeles Kings announcer Alex Faust and CNN legal analyst Laura Coates would make for decent replacements as well. "I mentioned to my producer before that the fellow who does play-by-play for the Los Angeles Kings, they should consider him," he stated at the time, just before mentioning Coates as a contender. "There is an attorney, Laura Coates, she's African American and she appears on some of the cable news shows from time to time."

But even though he's clearly considered the possibility, it doesn't sound as though Trebek is looking to retire from his hosting gig anytime soon, even amid the COVID-19 pandemic. "We’ve redesigned our set to separate the contestants and myself a little bit more from them," he explained on GMA. "So we are taking all kinds of precautions. Our testing procedure now is done online."

Jeopardy! typically films five shows a day, two days per week, according to Entertainment Tonight — a schedule that Trebek claims they plan on continuing now that production is getting ready to resume. "We’ll do three and take a short break, and then do the last two. And we’ll see how that goes," he added. "And if it’s too much for me, we can always cut back a little bit, maybe do four a day."

More like this
Rachel Fuda Gave Birth Just Weeks Before 'RHONJ' Season 13
By Brad Witter
'RHOSLC’s Heather & Whitney Are Still On A “Friendship Break” After Season 3 Reunion
By Jake Viswanath
RHOP’s Robyn Dixon Explained Why Juan Paid For Another Woman's Hotel Room
By Brad Witter
Spencer Matthews’ Impressive Net Worth Expands Far Beyond Chelsea
By Sam Ramsden
Get Even More From Bustle — Sign Up For The Newsletter
From hair trends to relationship advice, our daily newsletter has everything you need to sound like a person who’s on TikTok, even if you aren’t.