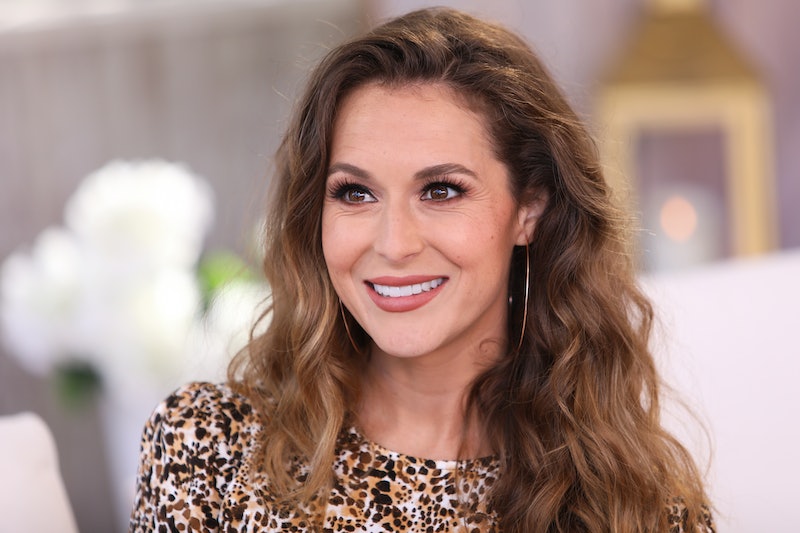 Morning sickness doesn’t make work easy, but Alexa PenaVega filmed her latest Hallmark movie while pregnant. After Taking a Shot at Love premiered on Saturday, Jan. 2, the star revealed that she was expecting while playing her ballerina character, Jenna. “Ps. I am totally pregnant while filming this movie and nobody knew,” PenaVega wrote, alongside a winking face with tongue emoji.

The former child star, who has two sons with her actor-musician husband, Carlos PenaVega, went public with her third pregnancy on Dec. 24, after filming wrapped. She did so in creative fashion, appearing in Big Time Rush’s 2020 “Beautiful Christmas” video and holding up her shirt to show the words “Baby #3 2021” written on her midriff. That made fans curious about her role in Taking a Shot at Love, and when she had a Q&A via Instagram stories on the Hallmark movie’s premiere day, one asked her, “Were you pregnant during filming/ dealing with morning sickness?”

VegaPena confirmed that she was and called it “the hardest part.” She noted that she was battling morning sickness but “wasn’t telling anybody yet.” Instead, she had to just “suck it up and smile through it,” she said. Luckily, she didn’t have intense dance scenes. The actor admitted during the Q&A that there was some “movie magic or a double” at times.

As for just how pregnant PenaVega was while filming, that remains unclear. While Carlos wrote in an Instagram caption on Dec. 25 that they’ll meet the baby “this summer,” they haven’t offered a specific due date. With the vague timeline given, though, she’d have been in her first trimester when Taking a Shot at Love was filmed in November. PenaVega noted during her Q&A that shooting took place “a little before Thanksgiving and through Thanksgiving,” and one of her Instagram photos from set dates back to Nov. 17. That first-trimester timing makes sense considering both her baby’s impending summer arrival and the fact that she was keeping the pregnancy under wraps at the time of production and wasn’t showing.

PenaVega stars in the Hallmark movie alongside Luke Macfarlane as a couple that comes together when he, an NHL star recovering from injury, begins to take ballet as therapy. While she helps him heal physically, he helps her emotionally, leaving them to figure out what to do when he’s ready to return to the ice and leave her small Connecticut town. Not written into the plot, however, is the twist that she was pregnant with someone else’s child the whole time.