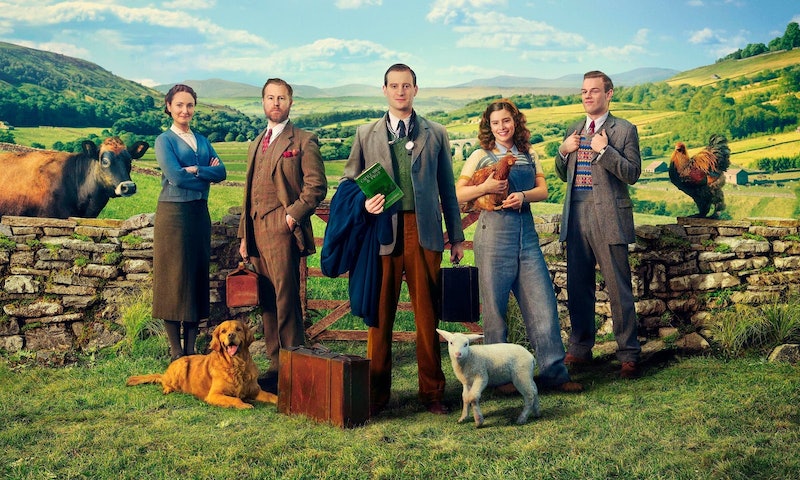 Per the Radio Times, Channel 5 released the opening three minutes of the yuletide episode, which see countryside vet James Herriot stop by to visit Bert and Anne Chapman who are concerned about the well-being of their pregnant pup. Elsewhere, Mrs Hall is busy making preparations for Christmas in Skeldale House. However, the arrival of Tristan’s exam results threatens to cast a dark cloud over the big day.

An official synopsis for the Christmas special also reveals viewers can look forward to "Helen and Hugh’s much-anticipated wedding," which prompts James to wonder if he'll be "able to suppress his true feelings."

Based on the memoirs of British veterinary surgeon and writer, James Herriot, the series follows the story of a local vet residing and working in rural Yorkshire during the 1930s and '40s. And, after debuting on Channel 5 back in September, All Creatures Great and Small went onto earn the broadcaster it's highest viewing figures in almost five years.

The All Creatures Great and Small Christmas special airs on Tuesday, Dec. 22 at 9 p.m. on Channel 5.