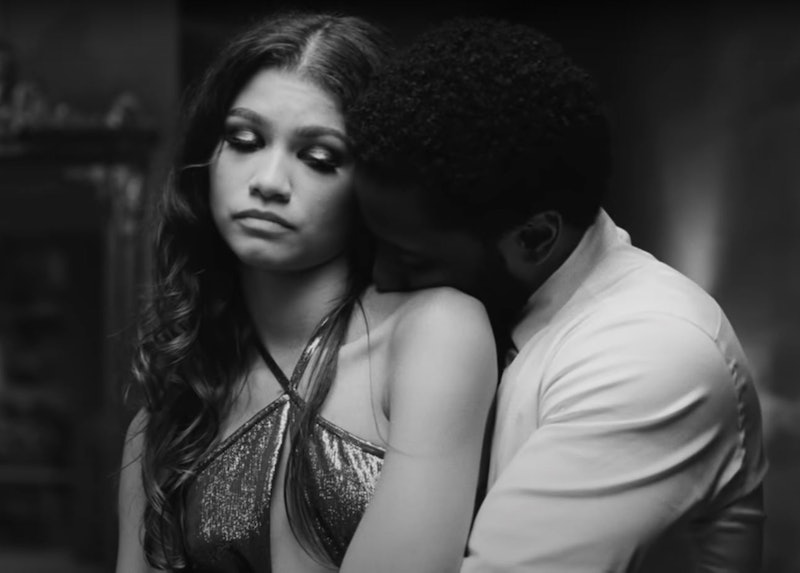 One of the defining features of Sam Levinson's groundbreaking drama Euphoria is its music. After all, the series' first season ends on a musical number, one that stirred up quite a bit of debate when it first aired. So it would make sense then that another Levinson project, this time a film featuring Euphoria star Zendaya and Tenet star John David Washington, would feature a fantastic soundtrack.

Levinson's latest project, Malcolm & Marie, is an all black-and-white drama about a director, Malcolm (Washington) and his girlfriend, Marie (Zendaya), and the tension that grows between them as they return from a film premiere and anxiously await the critical response. The trailer shows off some incredibly heated arguments and really poignant verbal jabs as they vacillate between tender closeness and heated standoffs.

The trailer also features Alabama Shakes' "Give Me All Your Love," off their 2015 album Sound & Color. It's a song that seems almost tailor-made for Malcolm & Marie, as the jazzy intro bleeds off into something a bit more rough as the song goes on, much like the trajectory of the protagonists' evenings. Eventually, "Give Me All Your Love" fades out into "I Will Carry You," a collaboration between hip-hop artist Old Man Saxon and film music studio Safari Riot. It's a tie-in single that carries heavy Euphoria vibes in is choral arrangement and saxophone licks. It builds slowly, but surely towards a climactic end, as Old Man Saxon continues to chant the song's title.

Here's that full track list for the Malcolm & Marie soundtrack, which was composed by Labrinth, who previously worked on Assassination Nation with Levinson:

More like this
Lisa Marie Presley's Secret Granddaughter Was Revealed At Her Funeral Out Of Nowhere
By Jake Viswanath
Here’s Everything Coming To & Leaving Netflix In February
By Jake Viswanath
Austin Butler Recalls Lisa Marie Presley Showing Him Elvis’ Bedroom
By Jake Viswanath
You’ll Definitely Recognise Isadóra Bjarkardóttir Barney’s Mum
By Maxine Harrison
Get Even More From Bustle — Sign Up For The Newsletter
From hair trends to relationship advice, our daily newsletter has everything you need to sound like a person who’s on TikTok, even if you aren’t.