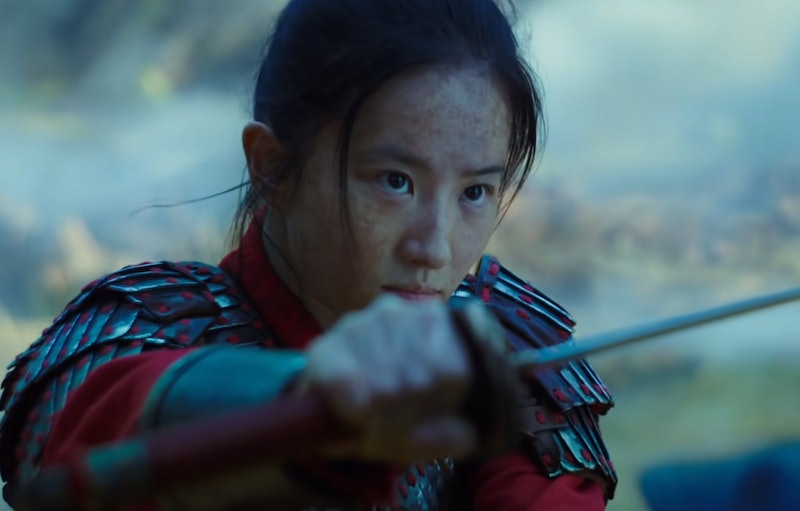 Many fans of the 1998 version of Mulan are rightfully bummed that the upcoming remake won't be a musical. That unlike the animated film, there won't be show tunes, lyrics about being as mysterious as the dark side of the moon, or hits from 98 Degrees and Stevie Wonder. But don't worry, the new live-action Mulan will still have some music in it — as the track list for the Mulan soundtrack is packed with plenty of major orchestral moments, and a few treats for old school fans.

As director Niki Caro told Digital Spy, “We don't tend to break into song when we go to war. Not that I'm saying anything against the animation. The songs are brilliant, and if I could squeeze them in there, I would have.” And in a conversation with The Hollywood Reporter, producer Jason Reed elaborated on why they made the choice to drop the musical numbers. "[We] wanted to tell this story in a way that is more real, more relatable, where we don't have the benefit of the joke to hide behind things that might be uncomfortable and we don't break into song to tell us the subtext," he explained.

However, the film does make one slight exception: Christina Aguilera, who lent her vocals to the animated movie, returns for the soundtrack. The star recorded a new song called “Loyal Brave True," as well as a reimagined version of “Reflection." And as an added bonus: Yifei Liu, who plays Mulan, also sings "Reflection," and that rendition can be found on the album as well. Read on for more from the Mulan soundtrack.