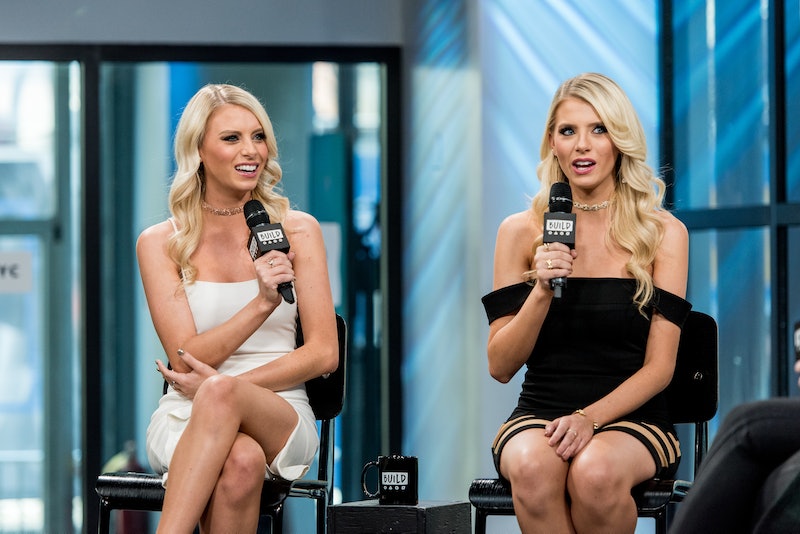 The Bachelor franchise is no stranger to seeing double. The Bachelorette makes its triumphant return on July 11 with leading ladies Gabby Windey and Rachel Recchia. As if two bachelorettes weren’t enough to stir up a ton of romance and drama, Season 19 also features an eccentric cast of singles, including a notable first for The Bachelorette. Twin brothers Joey and Justin Young will compete to win Gabby’s and Rachel’s hearts.

While this might be new territory for The Bachelorette, this isn’t the first time twins have been a part of Bachelor Nation. Here are all the twin contestants featured on The Bachelor and Bachelorette so far.

The first set of twins to ever vie for romance on The Bachelor appeared in Season 4. The year was 2003, Bob Guiney was looking for love, and Leona and Samantha — 25-year-old twins from Chicago, Illinois — were competing to spend the rest of their lives with Bob. Leona worked as a realtor’s assistant, while Samantha was a kitchen designer. Despite being the first set of twins on the show, neither woman managed to get far in Season 4. They were both eliminated in Week 1. They would, however, serve as the only set of twins to appear on the show until 2016.

In 2016, when Ben Higgins was the Bachelor, his dating pool included two of the franchise’s most memorable personalities: Emily and Haley Ferguson. Despite living and working in Las Vegas, both girls listed their occupations as twins, and they definitely played up the fact that they were twins, leaving their mark on the franchise. But neither woman could make things work with Ben. Haley lasted four weeks and was eliminated on a date where Ben took her and her sister back to their childhood home in Vegas. Emily managed to stay until Week 7, when she was eliminated just one week before hometown visits.

The twins were brought back for the third season of Bachelor in Paradise in 2016. The rules for that season dictated that if either twin received a rose, both would be safe. Paradise also featured a switcheroo, where Emily and Haley swapped places on a date, fooling an unsuspecting Brandon Andreen. Nevertheless, their twin antics proved to be their greatest impact on the season as both women left of their own volition one week before the season finale.

Hailing from Brookfield, Connecticut, Justin and Joey serve as the first male twins to grace the franchise. Based on their official show bios, we can already tell they’re leaning into their status as twins. For instance, Joey lists his occupation as “twin,” while Justin lists his as “other twin.” The two 24-year-olds seem to share more than just their looks; both identify as party boys.

Justin is a salsa-loving partier who prides himself on being attentive and loyal. His key to a successful relationship is communication, and he hopes that either Gabby or Rachel is “in it to TWIN it!” Meanwhile, Joey describes himself as a “goofball” who wants to start his life with someone affectionate, communicative, family-oriented, and ready to receive one of his patented hugs. We’ll see if the Young brothers can dance their way into the bachelorette’s hearts this season.