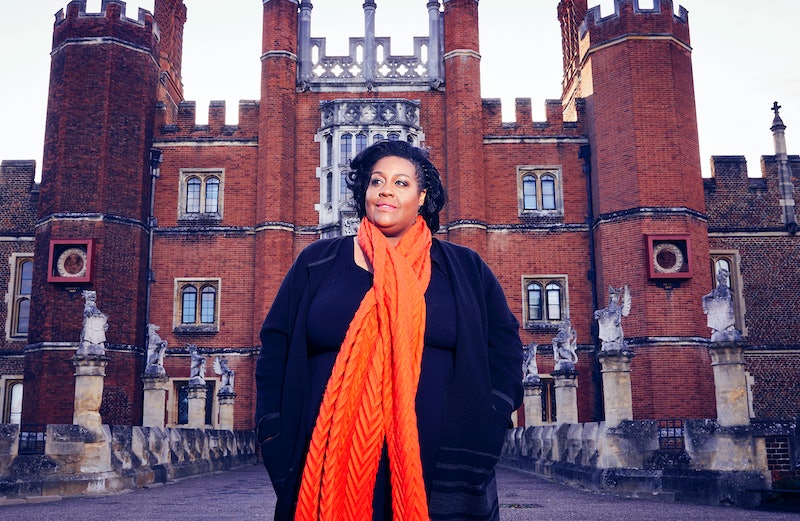 In honour of Black History Month, ITV has unveiled a lineup of specially commissioned new shows throughout the month of October. This includes a brand new documentary from This Morning presenter Alison Hammond, who is set to explore some overlooked aspects of British history.

Travelling to key historical sites across Britain, including Hadrian’s Wall and Hampton Court, Alison Hammond: Back To School will see the beloved TV personality head out on "the ultimate school history trip with a twist" — during which she uncovers Black figures from years gone by, many of whom played a significant role in shaping the history of the nation, but have been left out of the British history books. As the Radio Times reports, the ITV special will also explore the current teaching curriculum of history in schools in the wake of the Black Lives Matter movement, which sparked calls for urgent educational reform from many.

With the assistance of experts, some of the lesser-known historical figures brought to the forefront by Hammond include the first Black professional footballer and first Black officer in the British Army to lead white soldiers Walter Tull, the British-Jamaican nurse Mary Seacole, the inventor of three-light traffic light Garrett Morgan, and more, iNews reports.

Joining Back to School on ITV's lineup of Black History Month programming is the brand new panel show Sorry, I Didn’t Know, which showcases diverse up-and-coming comedians as they provide a tongue-in-cheek approach to the lack of knowledge surrounding Black history in the UK. Elsewhere, viewers can also look forward to the one-off documentary Black Comedy Legends, as well as Charlene and Friends, which is scheduled to air simultaneously on ITV and CITV, the Radio Times reports.

"These programmes span Factual, Entertainment, and Children’s in an effort to reach out to viewers across the board at all levels," said Satmohan Panesar, who has overseen commissioning for ITV's Black History Month schedule. “We hope viewers will enjoy the incredible stories, wonderful entertainment and fascinating people they focus on as we look at Britain from a vital and different perspective and celebrate the contribution of Black people to Britain’s story, our culture and our lives."

Alison Hammond: Back to School airs on Tuesday October 6 at 9 p.m. on ITV.

More like this
Wait, Is Maya Jama Confirmed To Host 'Love Island'?
By Sophie McEvoy
'MAFS UK' Changed The Rules After Matt & Whitney Cheated On Their Partners
By Catharina Cheung
What Exactly Is The Bish & Chips Show?
By Frances Stewart
How To Get Tickets To 'Strictly Come Dancing's Live Tour
By Sophie McEvoy
Get The Very Best Of Bustle/UK