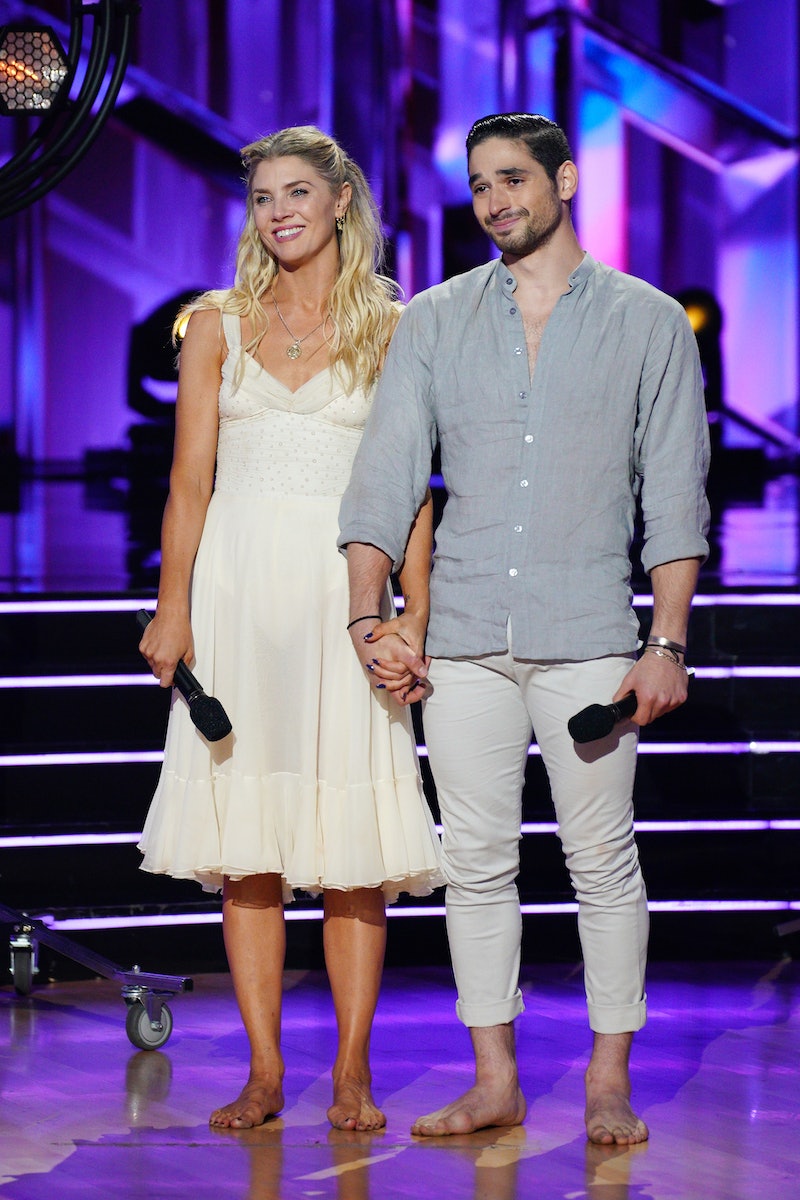 Amanda Kloots finally danced to her late husband’s song on Dancing With the Stars and there wasn’t a dry eye in the building. On Monday, Nov. 15, the fitness instructor and her dance partner Alan Bersten followed up their tango from earlier in the evening with a contemporary dance to “Live Your Life” by Broadway actor Nick Cordero. Cordero died in July 2020 after a 95-day battle with COVID-19, leaving behind Kloots and their now two-year-old son, Elvis.

The performance, which earned Kloots and Bersten a perfect score, was one that Kloots was looking forward to since the start of the season. Per Entertainment Tonight, as her late husband was fighting for his life, his fans would play that song every night at the same time as a way of wishing the actor a speedy recovery. Kloots knew early on that she needed to honor Cordero and show appreciation for his fans by dancing to the song live on DWTS.

Before the Season 30 premiere, the 39-year-old contestant told ET’s Lauren Zima that she was looking forward to dancing with her partner to Cordero’s “Live Your Life.” “I wanna dance to Nick’s song,” she revealed, admitting that it would be hard for her but also very special. “I want that moment. I know he’ll be with me on the dance floor every single time... I know it’ll be tough, but in a weird way, I kind of really look forward to that moment where I get to dance to his music.”

Now that the dance partners shared that emotional moment, they told ET’s correspondent Olivia Jade (who formerly competed on the season) that the experience was “so magical.” “It was it was like Carrie Ann [Inaba] said, we transcended,” Alan said. “I know Amanda 100 percent transcended but it was beautiful, and I’m so grateful for that.” Following the tear-jerking performance, Kloots and Bersten were saved by the judges after finding themselves on the chopping block.

Kloots, for her part, was grateful to have a partner who put so much time and care into the choreography. “I have to give him major props because he sat down and listened to my whole story,” she said, explaining that Bersten remembered “special things” she told him about her relationship with Cordero. “We incorporated them into the choreography and the dance, so that it felt like I was telling a story instead of just dancing a dance to Nick’s song. And that meant the world to me, it really did.”

Bersten, on the other hand, told Olivia Jade that it was really important to him to portray Nick and Amanda’s story the right way. “It was tough because I wanted to do Amanda justice,” he said. “I wanted to do Nick justice, and it was a lot of pressure because it’s such a special moment.” Not to mention, the two were facing a possible elimination.

“It’s so much going on, Olivia, especially that that that last dance, you know, all that emotion and then then the like that emotion of being terrified at being in the bottom two and not wanting me to go home,” Amanda added. “It’s close to the final, so we’re just so happy to be here. Thank you for voting for us, oh my gosh, we’re happy to be here.”

More like this
RHOP’s Robyn Dixon Explained Why Juan Paid For Another Woman's Hotel Room
By Brad Witter
'RHOSLC’s Heather & Whitney Are Still On A “Friendship Break” After Season 3 Reunion
By Jake Viswanath
Everything To Know About 'RHOSLC' Season 4
By Jake Viswanath
Everything To Know About 'The Real Housewives Ultimate Girls Trip' Season 4
By Jake Viswanath
Get Even More From Bustle — Sign Up For The Newsletter
From hair trends to relationship advice, our daily newsletter has everything you need to sound like a person who’s on TikTok, even if you aren’t.