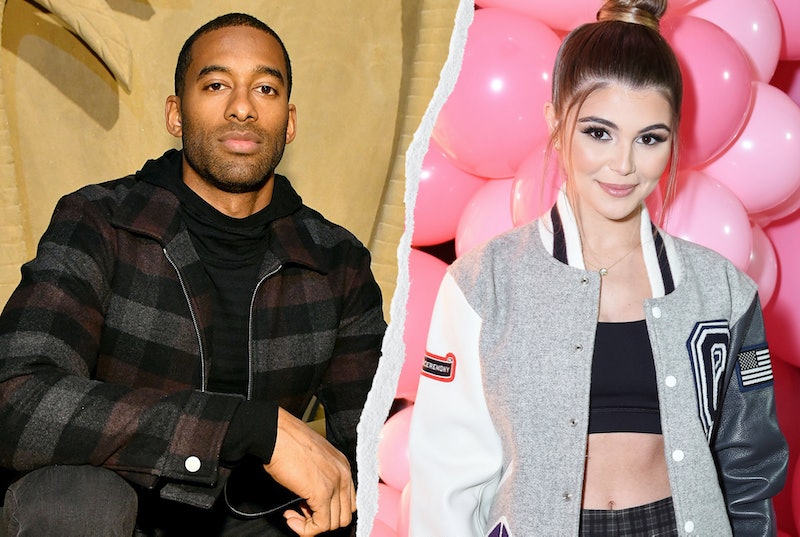 As sure as the arrival of fall is the return of Dancing with the Stars — and when Season 30 of the beloved dance competition debuts on Sept. 20, you can expect to see plenty of new faces and familiar favorites, too. Even if you’re not a devout DWTS fan, there’s still plenty of reason to watch this history-making season.

For starters, JoJo Siwa, who recently came out as pansexual, will be the first female contestant to dance with a female partner, a milestone she’s especially excited to be part of. "It was a, like, 'Whoa, I'm changing the future' [moment] because I have such a kid demographic,” the Dance Moms alum told Entertainment Tonight on Aug. 30. “It's making it acceptable, and I love that and I'm so proud of that." ABC revealed the full cast on Good Morning America Sept. 8, but provided a head-start with the announcement of Siwa and Olympic gold-medalist gymnast Sunisa Lee as Season 30 stars.

Here is everyone you can expect to see on Dancing with the Stars Season 30, from returning judges to confirmed cast members.

Dancing With The Stars Season 30 Cast

Ahead of the official Sept. 8 lineup reveal, Siwa and Lee were the first of the Season 30 cast to be announced. Simone Biles celebrated her Olympic teammate’s new gig with People. “I think she'll do really well,” Biles said. “I think America will fall in love with her because she has such an inspiring story." Lee’s father became paralyzed in an accident in 2019, the magazine reported. Lee also made history as the first Hmong American Olympic gymnast, something that “means a lot to the Hmong community,” she previously said.

On Sept. 1, Us Weekly exclusively confirmed two more celebrities who would join the cast: Bachelor Matt James, who made history as the first Black lead of the series, and Real Housewives of Atlanta star Kenya Moore, who TMZ reported would join the cast on Aug. 30. Following TMZ’s suggestion that “a woman in a visor — who looked like Olivia [Jade]” of college admissions scandal fame was at the rehearsal studio, Us Weekly confirmed she would indeed be joining the cast.

Now we know who else will officially be joining the early slate of stars — and there are plenty of familiar faces to get excited about. Country singer Jimmie Allen, who was named 2021’s Academy of Country Music Awards New Male Artist, is one of several musicians entering the competition, in addition to the Spice Girls’ Melanie C (aka Sporty Spice).

Office and Bold Type fans, rejoice — Melora Hardin is one of the actors taking the stage for Season 30. As she told Good Morning America, she’s “going to bring a little Jan” to her dance moves. Cobra Kai’s Martin Kove and Beverly Hills, 90210’s Brian Austin Green are two more actors you’ll see on the dance floor.

Bling Empire philanthropist Christine Chiu is one of several reality TV figures joining the latest installment of Dancing with the Stars, as well as wrestler Mike “The Miz” Mizanin and basketball player Iman Shumpert. Peloton instructor and former professional dancer Cody Rigsby is another one to watch this season, as is The Talk co-host and celebrity trainer Amanda Kloots, whose dance resume includes both Broadway and The Rockettes.

Dancing With The Stars Season 30 Pros

Of course, all these celebrities need pros to show them the professional ballroom dancing way, so here’s who will be mentoring the stars this year:

Dancing With The Stars Season 30 Host

Tyra Banks will be back for her second year of hosting following Tom Bergeron and Erin Andrews’ departure in 2020. There was some hope that Bergeron, at least, would be back on the show, as Deadline reported an April tweet that alluded to the longtime host’s return to the gig. Bergeron clarified, “I am returning to hosting. That’s the part I hope doesn’t disappoint some of you. But it’s not going to be a show I previously hosted.”

Dancing With The Stars Season 30 Judges

Someone who will be returning to the show, though, is judge Len Goodman. Though Goodman didn’t participate in Season 29 due to COVID travel restrictions, fans will be relieved to see him back at the judges’ table this time around. Derek Hough, who stepped in for Goodman last year, will also be returning as a judge, perhaps signifying a more permanent spot alongside Carrie Ann Inaba and Bruno Tonioli, who are continuing their long-running roles as day-one judges.

This post will be updated as more information on Dancing with the Stars Season 30 becomes available.

More like this
The 'Bachelor In Paradise' Schedule Shifts To 4 Hours Every Week After The Season 8 Premiere
By Brad Witter
Are Brandon & Serene Still Together After 'Bachelor In Paradise'?
By Kadin Burnett
Teresa Giudice Flipped A Table — Again —  On The 'DWTS' Season 31 Premiere
By Jake Viswanath
Everything To Know About 'RHONJ' Season 13
By Brad Witter and Jake Viswanath
Get Even More From Bustle — Sign Up For The Newsletter