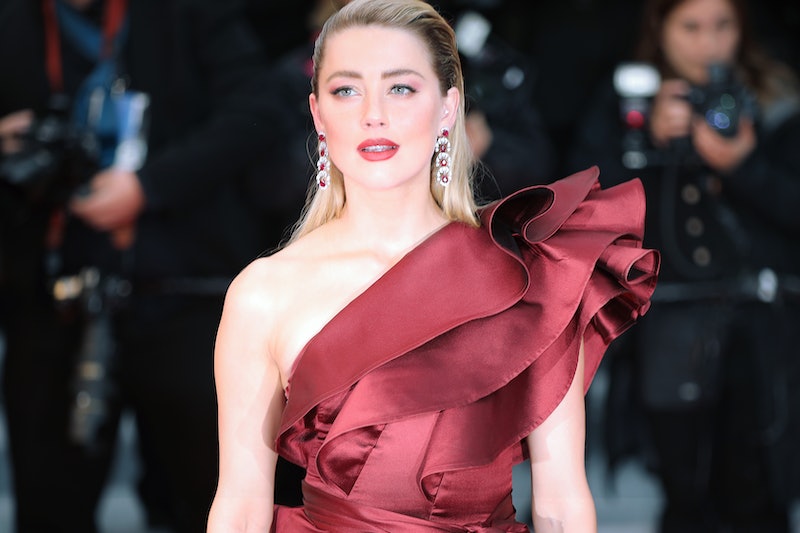 Amber Heard has responded to claims that she has not donated her divorce settlement to charity as promised. After her 2016 split from Depp, the actor pledged to give $7 million to Children's Hospital Los Angeles and the American Civil Liberties Union. However, Depp's legal team has made new allegations that Heard never followed through. And now, her lawyer, Elaine Bredehoft, told E! News that the reason the Aquaman actor hasn't yet fulfilled her promise is because of the ongoing legal battle with her ex.

"Amber has already been responsible for seven figures in donations to charitable causes and intends to continue to contribute and eventually fulfill her pledge," she told the outlet. "However, Amber has been delayed in that goal because Mr. Depp filed a lawsuit against her, and consequently, she has been forced to spend millions of dollars defending Mr. Depp's false accusations against her."

Heard's promise to donate the money was cited during Depp's recent defamation case against The Sun, when judge Andrew Nichol wrote that "her donation of the $7 million to charity is hardly the act one would expect of a gold-digger," while ruling in favor of the paper. However, according to a Jan. 7 article from The Daily Mail, Depp's legal team plans to use the allegation that Heard lied about the donation as part of their appeal to have the decision overturned.

Bredehoft also responded to Depp's claims that Heard's pledge was a "sham" by telling E! News that his legal team is "purposefully" using speculation about the donation to distract from the Pirates of the Caribbean star's legal issues. "Mr. Depp's effort to plant stories in the media criticizing Amber for not yet fulfilling all the donations she pledged to charity is yet another desperate attempt to divert attention from the UK Court's findings relating to allegations of Mr. Depp committing domestic abuse and violence," she said in a statement.

On Nov. 6, Depp announced in a statement through Instagram that Warner Bros. asked him to resign from the Fantastic Beasts franchise following the contentious libel suit. In addition to announcing the end of his time as Gellert Grindelwald, the actor explained in his statement that he planned to appeal Nichol's decision. (Mads Mikkelsen will take over the role from Depp for the upcoming third film.) "The surreal judgement of the court in the U.K. will not change my fight to tell the truth," Depp wrote. "My resolve remains strong and I intend to prove that the allegations against me are false."

In addition to losing his defamation suit against The Sun, the actor is currently suing Heard for defamation in the British High Court. His legal team claims that the allegations of domestic abuse that Heard presented in her 2018 Washington Post op-ed were all part of an "elaborate hoax" that has damaged his career. Depp is asking for over $50 million in damages as part of his suit; Heard denied the allegations and claims that the defamation suit is part of Depp's attempt to "silence" her.

"I didn't want to do this, I did not want to expose this totality of what really happened to me," Heard testified in court back in July, according to the Associated Press. "I didn't want to talk about everything that happened in our marriage and happened in our relationship." She also claimed that the ongoing legal battle with Depp has damaged her career and reputation, asking "What woman has ever benefited from being a victim of domestic violence?"

If you or someone you know is experiencing any form of domestic violence, you can reach the National Domestic Violence Hotline 24/7 at 800-799-7233, by texting LOVEIS to 22522, or through online chat. To learn more about how you can be an informed friend or family member to a domestic violence survivor, you can learn more through the Washington State Coalition Against Domestic Violence’s Friends & Family Guide.