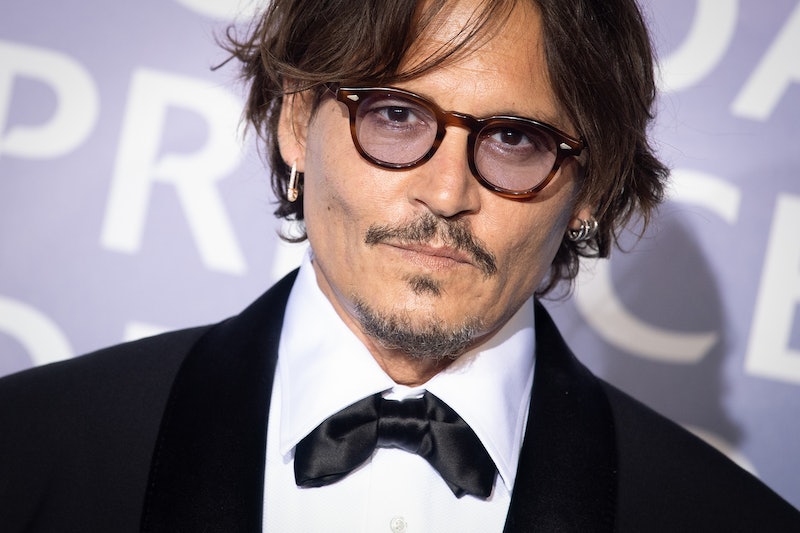 Following the loss of his libel case earlier this month, actor Johnny Depp has been denied an appeal over the court's verdict. Depp filed the appeal after a judge ruled on Nov. 2 that The Sun's descriptor of him as a "wife beater" was "substantially true." According to reports, Depp's appeal was denied on the basis that it didn't have "a reasonable prospect of success"; the actor must now pay £628,000 in legal costs to The Sun's News Group Newspapers. If his legal team wishes to continue to pursue legal action, they can now bring the case to the Court of Appeals.

The news comes a few months after Depp appeared in a UK court to sue The Sun for an article they published about him in April 2018. In the piece, executive editor Dan Wootton referred to Depp as a “wife beater,” based on allegations of violence towards his ex-wife, Amber Heard. Justice Nicol said the Sun had proved what was in the article to be "substantially true." 14 accounts of violence and abuse were discussed, with Heard giving evidence to the High Court over the 16-day trial held in July at the Royal Courts of Justice in London.

As it was a libel case, Depp had to argue that the newspaper story – titled "Gone Potty: How can JK Rowling be 'genuinely happy' casting wife beater Johnny Depp in the new Fantastic Beasts film?" – had caused “serious harm” to his reputation. The publication had to prove that the piece was written based on truth on the balance of probabilities.

Per The Independent, The Sun said during the trial that it relied on 14 different allegations of domestic violence over a three year period, between 2013 and 2016. The judge found that 12 of the alleged acts did happen. “Taking all the evidence together," he said, "I accept that she was the victim of sustained and multiple assaults by Mr Depp. I accept her evidence of the nature of the assaults he committed against her. They must have been terrifying. I accept that Mr Depp put her in fear of her life."

Furthermore, he referred to "a recurring theme in Mr Depp's evidence," which characterized Heard as a "gold-digger" by having multiple affairs and crafting "a hoax and that she had done this as an 'insurance policy." The judge rejected this characterization.

After the ruling came in, Depp's lawyers said they would appeal the ruling and referred to the judgment as “perverse as it is bewildering.”

The Sun wrote, “Domestic abuse victims must never be silenced and we thank the judge for his careful consideration and thank Amber Heard for her courage in giving evidence to the court."

Depp has another legal case pending against his ex-wife. He is suing Heard in the U.S. over an opinion piece she wrote in the Washington Post, as per BBC News. Depp claims the article implied he was violent towards her.

Heard's lawyer in the U.S., Elaine Charlson Bredehoft, said the UK judgment was "not a surprise" and that "very soon, we will be presenting even more voluminous evidence" Stateside.

If you or someone you know is experiencing any form of domestic violence, you can reach the National Domestic Violence Hotline 24/7 at 800-799-7233, by texting LOVEIS to 22522, or through online chat. To learn more about how you can be an informed friend or family member to a domestic violence survivor, you can learn more through the Washington State Coalition Against Domestic Violence’s Friends & Family Guide.