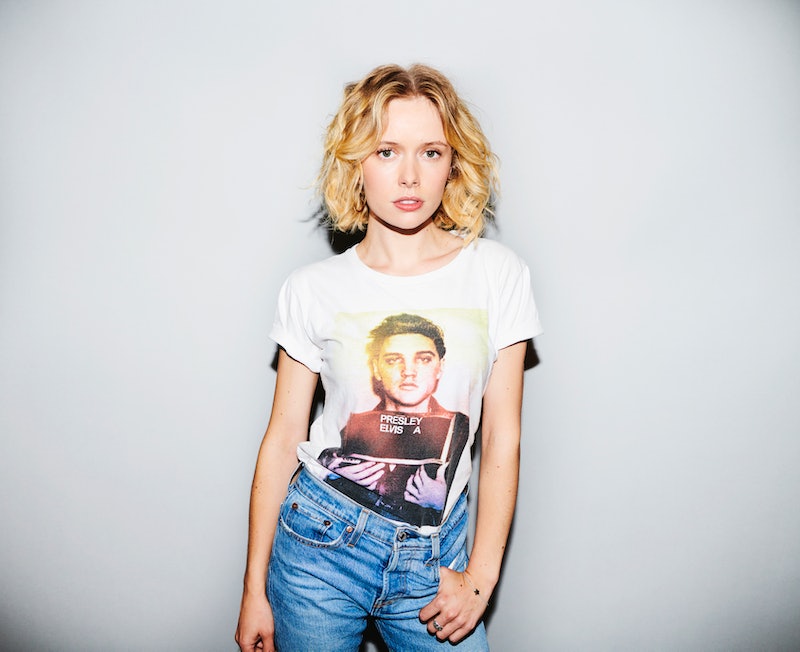 "Ghost stories or those old tales that get passed down. Those are the things that still resonate with people," says The Haunting of Bly Manor's Amelia Eve, as she reflects on the lasting appeal of the good old fashioned ghost story. Her observation is backed up by the popularity of Netflix's The Haunting anthology, which began in 2018 with a chilling adaptation of Shirley Jackson's The Haunting of Hill House. Now, the next highly anticipated chapter is upon us, this time taking inspiration from the works of famed novelist Henry James.

Set in 1980s England, the story centres on an American au pair who is hired to care for Bly Manor estate's resident orphans, shortly after the mysterious death of their previous nanny. However, at Bly Manor, all is not as it seems, and dark secrets surrounding love and loss are unearthed with terrifying consequences.

"Ultimately, it really is a standalone story," says Eve, teasing what fans can anticipate from the Netflix follow-up. She plays the character of Jamie, Bly Manor's no-nonsense groundskeeper who works to maintain the beauty of the estate amid the ghostly goings on. "I would describe her as a bit of an observer. She's very self-confident — but I guess deep down quite jaded at the same time," Eve says of her latest role. "She's been through a lot in her life. She has a lot of empathy for people around her, though she may not show it right at the beginning."

Eve, who also appears in BBC comedy Enterprice, is joined in the show's cast by Victoria Pedretti — a familiar face in The Haunting universe — who appears as Dani, the newly-hired au pair looking to escape a dark past. Elsewhere, Amelie Bea Smith and Benjamin Evan Ainsworth portray orphaned siblings Flora and Miles Wingrave, whilst T’Nia Miller of Years and Years fame and iZombie's Rahul Kohli star as housekeeper Miss Grose and estate chef Owen, respectively.

At the helm of the series is show-runner Mike Flanagan, who drew inspiration in large part from Henry James' 1898 horror novella The Turn of the Screw. "I would definitely say that he's done it justice," Eve says, reflecting on Flanagan's adaptation. She further credits the show-runner's decision to "weave" together some of James' other classic horror tales into the Netflix epic, including The Jolly Corner and The Romance of Certain Old Clothes. She believes Flanagan successfully "took the beauty out of" these additional stories, in turn forging a greater narrative. One that offers "the same sort of feel" to the original 2018 series, but also "stands alone."

"It's definitely going to have the same sort of feel to it, because it's got Mike's magic dust at the top of it. He wanted to make it so that you kind of don't have to watch Hill House in order to watch Bly Manor. You can very much enjoy them as two separate things, but they also compliment one another," she tells me.

Upon the adaptation's Netflix debut, Eve looks set to become one of British actings most promising young talents. Over the phone, we discussed her hopes for her career, horror that makes you think, and how 2020 could transform the acting world for the better.

"We're so inundated with jump scares, and gore, and so much special effects. I think there's something to be said about horrors that make you think, more than you can just sit there and be scared everyone few seconds. These are the types of horrors that, in my opinion, have more to say about human relationships and dynamics, and their complexities. Which I think is super cool."

On why the arts can survive the pandemic

"I don't think the arts world will be hit as hard as many other industries. Netflix, streaming sites, and TV shows are becoming even more fundamental. If we're all stuck at home and we're tearing chunks out of each other and the world's a bit mad, we absolutely need that escapism to be able to go to. The acting world is necessary. It keeps people going."

On how 2020 has changed the acting world

"I'm a young actor entering this world during this crazy pandemic. It's all been a bit bizarre. If this wasn't happening I would still be kind of wide-eyed and bushy-tailed a little bit, and kind of looking around me to gain inspiration and understand how this world works."

"With this pandemic and all the important movements that are happening right now, it almost feels like a more positive scope for us — because it felt so strict before. It felt like there was this club. A really restricted club of people. If you weren't in the club, then you weren't going to make it. Whereas, whats happening right now, and the way we're all standing together and making sure the people's voices are heard is incredible. And I think that will actually make way for so much improvement. Because art impacts the world, and the world impacts art. and its ongoing. To realise how much say we really do have as a community is important. In terms of what I hope to be able to contribute to that is patience and understanding, and love in so many of its forms."

"I'm actually writing myself. Maybe check in and I'll tell you if I've created it or not yet. I'm seeing where this is going to take me. I'm trying to create some work of my own, so that I can be apart of that inclusion and making sure that people are heard and seen. And that there is enough space for us all."