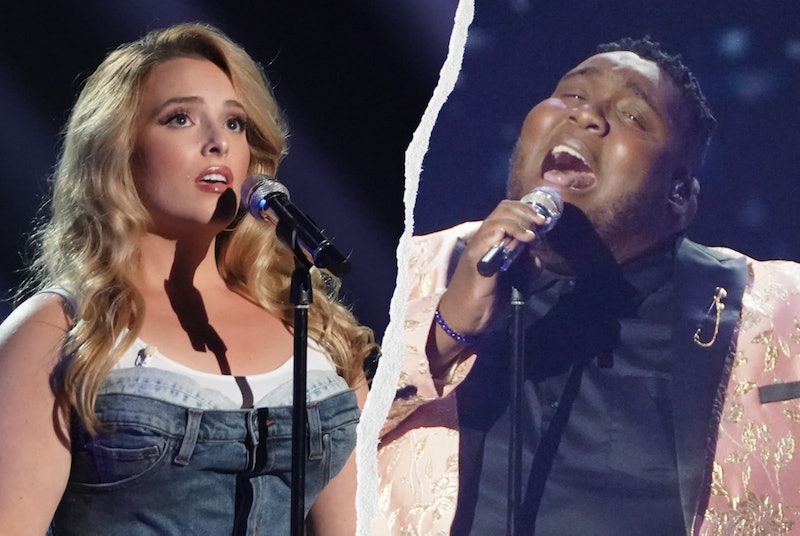 After American Idol’s dramatic Survivor-like twist and eliminations last week, the Season 19 finalists returned to the stage on Mother’s Day to vie for spots in the Top 5. Coldplay frontman Chris Martin served as the week’s celebrity mentor, helping all of the Top 7 contestants create fresh arrangements of the band’s well-known hits, a tall order considering Coldplay has performed these songs on stages as large as the Super Bowl and the Olympics.

The English singer-songwriter showered one particular fan-favorite with high praise. While Idol frontrunner Willie Spence rehearsed Coldplay’s 2000 hit “Yellow” — which host Ryan Seacrest told viewers came out when Willie was just a 1-year-old boy — Chris looked Willie in the eye and proclaimed, “I’ve been doing it wrong all this time. That’s how you do it. I see you slightly above us in the charts.” The rehearsal montage ended and cut to Willie onstage, where he delivered a goosebump-inducing rendition of the band’s enduring love song. “That was a religious experience,” judge Lionel Richie said, with Katy Perry adding, “You’re back in that connected place — it’s between heaven and Earth.”

Of the other six finalists, powerhouse vocalist Grace Kinstler also stood out with her vulnerable version of Coldplay’s “Fix You,” which Chris described as “beautiful.” But it was Grace’s second performance of the night that garnered even better compliments. With the finalists tasked to sing songs dedicated to their mom’s for the May 9 Mother’s Day episode, Grace chose Adele’s soaring “When We Were Young” ballad and hit all the right notes.

The judges clearly are setting up viewers for a potential Grace versus Willie showdown for the May 23 finale. “You’ve really stepped up your game, and I think it’s gonna happen,” Katy said, referring to Grace possibly winning the season. “It was just like a movie,” Lionel quipped, using the song’s lyrics for his critique. “It was perfectly done. Your delivery was right on point.”

By the end of the episode, Grace and Willie earned enough votes to advance to the Top 5, alongside Casey Bishop, Chayce Beckham, and Caleb Kennedy. Casey, based on her stellar track record all season, has a strong chance of joining Grace and Willie in the top three. On this night, her best performance was her lively rendition of Alanis Morissette’ “Ironic” for her Mother’s Day tribute.

Arthur Gunn, a Season 18 finalist who had earned a redemption spot in Season 19’s Top 10 because of a new Survivor-like twist, and Hunter Metts were sent home.