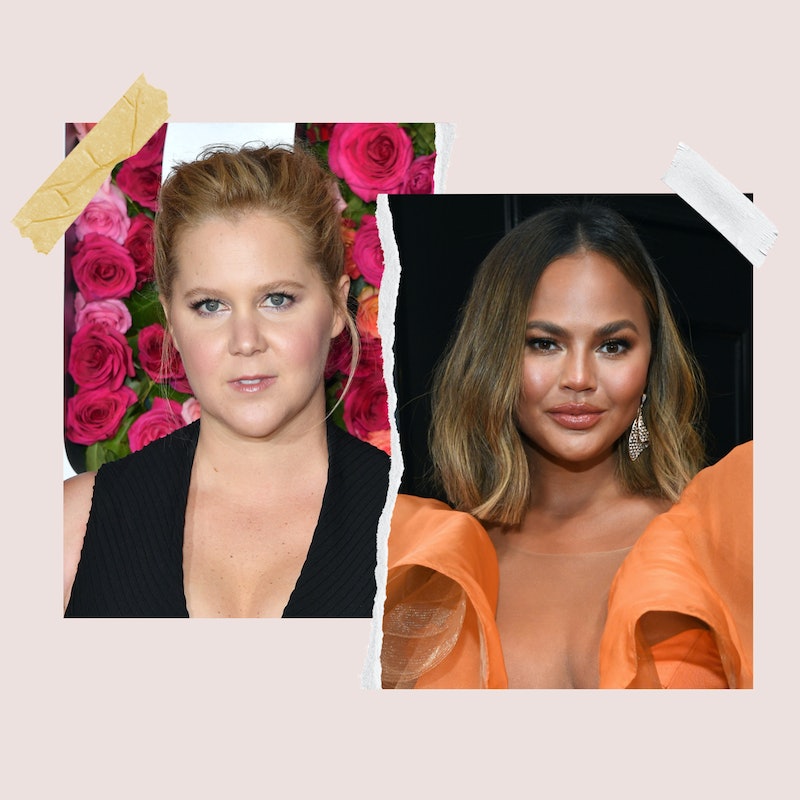 If you thought Amy Schumer was done trolling celebrities after reposting Hilaria Baldwin’s lingerie photo, you thought wrong. On Tuesday, Aug. 17, the comedian recreated the Marilyn Monroe-inspired video that Chrissy Teigen shared last week in honor of former president Barack Obama’s 60th birthday. In the Cravings author’s original video, she walked down the stairs at a home in Martha’s Vineyard wearing a flowy white dress and belting out a few bars of “Happy Birthday” by Stevie Wonder.

In Schumer’s version, she appeared to be staying at the same Martha’s Vineyard home. And although the Trainwreck star missed Obama’s star-studded bash by several days, she couldn’t help but troll the Cravings cookbook author by capturing a clip of herself walking down the same staircase while singing the same tune. However, instead of wearing a classic white dress, Schumer opted for something a bit more casual: an oversized tank with the phrase, “boat hair don’t care.”

In the caption, Schumer wrote that her post was a “tribute” to Teigen’s original video and gave a shout-out to fellow comedian Rachel Feinstein, who appeared in the clip for a few brief seconds. “Oh it’s on,” Teigen wrote in the comments. Several other celebrities commented as well, including Queer Eye’s Tan France, Killing Eve’s Jodie Comer, and Katy Perry, who wrote, “wait do you guys live together now.”

Teigen is far from the only celebrity that Schumer has trolled in the past. Last December, she used a photo of Baldwin holding her son while wearing lingerie as her holiday card. “Gene and I wanted to wish everyone a happy holiday season,” she wrote. “Enjoy it with whatever family members are talking to you this year.” Schumer’s post went viral, but Baldwin struggled to find the humor in it. “I literally had to have someone explain this joke to me,” she told her followers at the time.

Days later, Baldwin posted a video on Instagram explaining that the commentary about Schumer’s post was “getting into a place of body shaming.” And after the comedian apologized in the comments, Baldwin made it clear that there were no hard feelings. “Girl, don’t even apologize!” she wrote. “You always make me laugh. My only intentions were to address some of the not so namaste behavior some people went running wild with after.”

As a result of that video, Baldwin was accused of faking a Spanish accent and her entire Spanish heritage. “Oh my god, I really don’t even know what to say. I didn’t know that was going to happen, obviously,” Schumer told Entertainment Tonight in January. “I feel like it was so insane and entertaining that I think Hilaria is probably the only person who is happy about the insurrection in the Capitol, because it distracted [people] from that. … She is amazing and I wish her and her family the best. I hope she gets to visit Spain as much as she wants.”