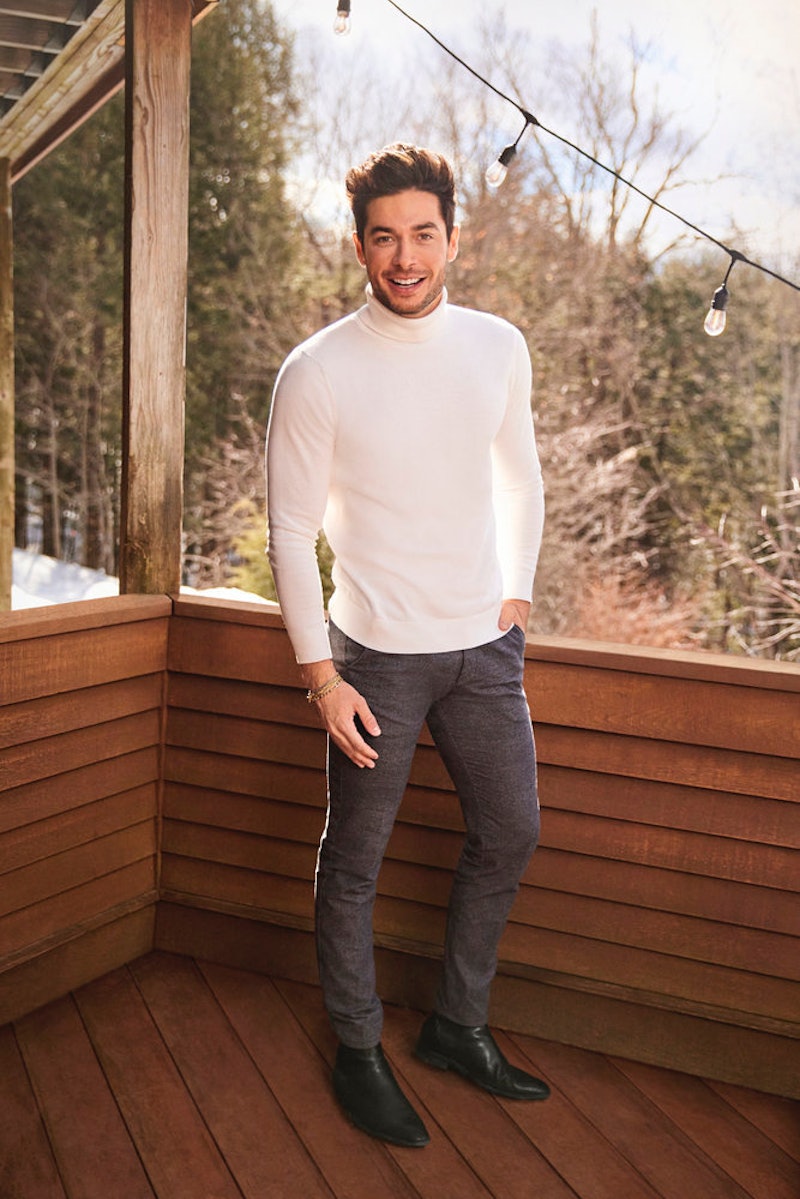 The Real Housewives aren’t the only Bravo stars merging their casts this year. Oct. 20 marks the premiere of Winter House, a new reality series featuring cast members from Summer House and Southern Charm as they hole up in a quaint Vermont town for two weeks together. It’s clear from the trailer that the chilly temperatures won’t put a damper on the steamy makeout sessions, infighting, and general melodrama that Summer House and Southern Charm fans have grown to love. After all, where better to hook up than a hot tub?

In addition to Bravo staples like Craig Conover, Austen Kroll, Kyle Cooke, and Amanda Batula, the show will introduce a few fresh faces to the cast. That includes Andrea Denver, a 30-year-old male model from Italy. Here’s everything you need to know about the newcomer.

Andrea Denver, whose birth name is Andrea Salerno, was born in Verona, Italy on May 3, 1991. After graduating from the University of Verona with a degree in communication science in 2013, Andrea moved to the United States to get his master’s degree, also in communication science. Soon after moving to the states, Andrea was discovered and began his international modeling career.

According to his Winter House bio, Andrea is dealing with “deep regret” after being unfaithful to his serious girlfriend and is looking to start his next relationship with a “clean slate and a clear conscience.” A male model with wandering eyes and absurdly defined abs? What a perfect recipe for mess! The Winter House trailer shows Andrea getting cozy with Summer House’s Paige DeSorbo, but there’s a point where she cries to Luke Gulbranson about him, so we’ll see if Andrea’s streak of breaking hearts is really over. “This is why I don’t sleep with people. I don’t want to look stupid,” Paige says tearfully.

When he isn’t modeling, Andrea enjoys skiing. In fact, he’s actually won a few Ski Cup Championships, which will likely impress some of his Winter House castmates. Andrea’s Twitter suggests that he’s also a basketball fan.

Andrea’s modeling career reportedly started during a trip to Miami he took while studying to get his masters's degree, when he was discovered and signed by U.S.-based modeling agency Wilhelmina Models. Over the years, he’s been signed with agencies including Soul Artist Management New York, Next London, Uno Barcelona-Madris, and D’Management Milan. The Italian model has been featured in campaigns for brands such as Hugo Boss, MAC Cosmetics, and Brooks Brothers. He’s also walked the runway for Ralph Lauren and has appeared on the cover of several well-known international magazines, including Men's Health Serbia, L'Officiel Hommes, and Paper.

During the early 2010s, Andrea also appeared in several music videos, including Jennifer Lopez’s “I Luh You Papi” and Taylor Swift’s “Blank Space.” At one point, he was reportedly even rumored to be dating Madonna (!!). In addition to his modeling work, Andrea’s Instagram shows that he works with 1and1life, a company that offers programming to promote physical and mental health.

Although the majority of photos on Andrea’s Instagram are solo shots, he occasionally shares pictures of him with friends and with his mother, who he appears to be close with.