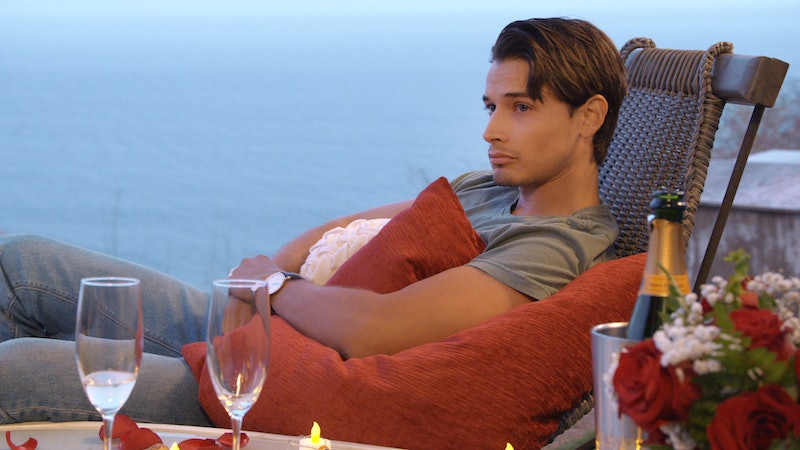 Throughout Netflix's new reality series, Bling Empire, star Kelly Mi Li has one major problem: she keeps going back to her on-again, off-again boyfriend Andrew Gray. Viewers are bound to have a lot of opinions about the self-described actor, producer, and entrepreneur's behavior on the show, which follows a group of wealthy Asian friends in Los Angeles. But it's not his first brush with being in the spotlight: Gray had his first onscreen role in 2011 and has racked up a handful of acting credits since then. As you watch his fraught relationship play out, here's what you need to know about Gray.

Following a couple of bit acting parts, Andrew scored his first leading role in 2013 when he played Troy Burrows, aka the Red Megaforce Ranger, in Nickelodeon's Power Rangers Megaforce for 42 episodes. Since then, he's appeared in a couple episodes of the TV series Dirty Talk (as "Naked Man") and Betrayed, as well as in the 2019 movie Shadow Wolves. A short film he wrote, produced, and stars in, called Spilt Milk , is currently in post-production, per IMDb.

On Instagram, Andrew leans into the nostalgia of his Power Rangers role and even recently shared a video of Kylie Jenner dressed as his character for Halloween. Intermixed with photos and videos of his workout routines (and an occasional shirtless selfie with his dog) are various social justice causes, some specific to his heritage as a member of northern California's Miwok Indian tribe. (Gray is of Native American and Mexican descent). Notably, there aren't many photos of Kelly, the most recent being a group shot from 2019.

On the entrepreneurial side, Andrew has an online store that sells T-shirts, hoodies, masks, sweatpants, and, yes, posters and prints of him as the Red Ranger. He also has autographed acting headshots for sale in the Andrew Gray Shop for $35, or $25 for an unsigned version.