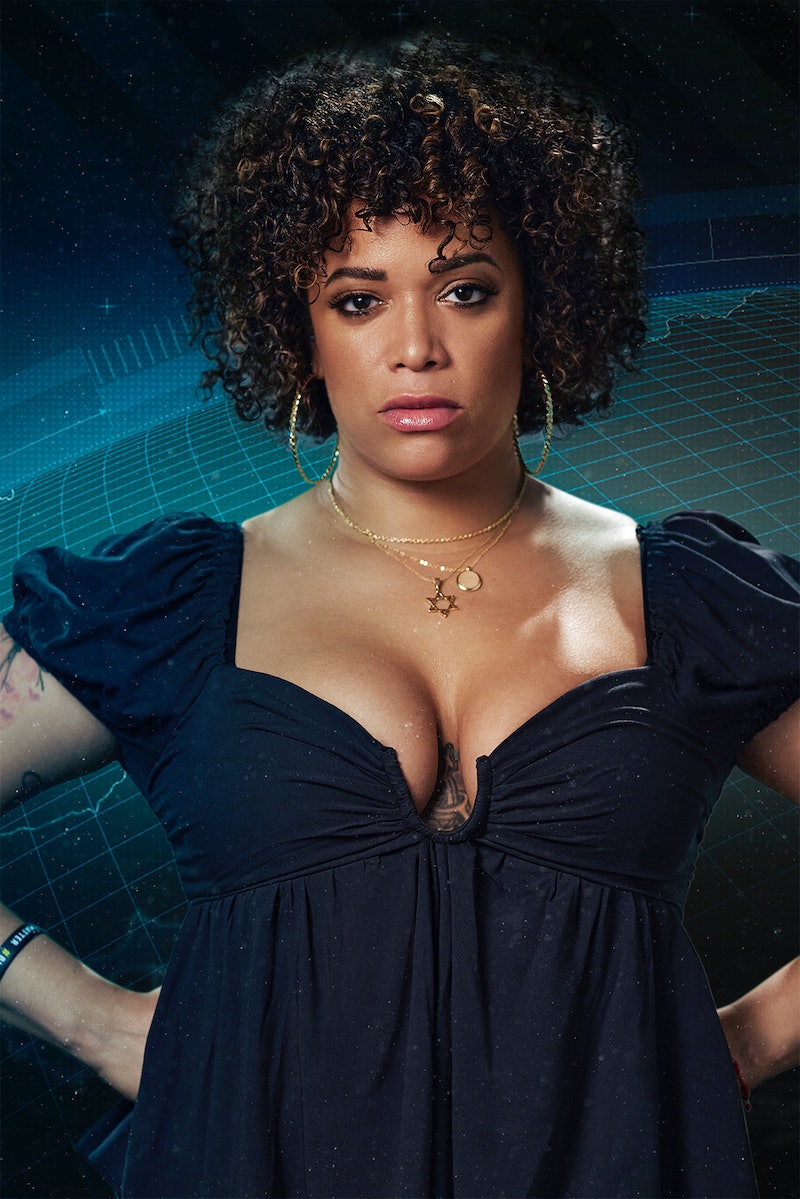 Aneesa Ferreira’s journey from starring on The Real World: Chicago to the current Spies, Lies & Allies installment of MTV’s The Challenge franchise is nothing short of epic. When it comes to The Challenge, the Philadelphia native has continuously fought to prove her viability against all opposition in every season she’s appeared on. As a result, Ferreira has the second-most appearances by a woman in Challenge history, most elimination round appearances (10 wins, 11 losses), and the longest losing streak. While she’s starred in the most Challenge seasons without winning a final, she’s determined to impress this season.

The Challenge veteran’s determination already paid off during the first episode of Spies, Lies & Allies, as she and team partner Logan Sampedro earned their first challenge win of the season and effectively set a high bar for the rest of the cast to follow. Perhaps Ferreira will shatter her Challenge final record on Spies, Lies & Allies once and for all. As the season’s first episode aired, Ferreira caught up with Bustle to discuss her Challenge legacy and how it felt to win the first game of the season.

You’ve been quoted as “paving the way for half the women that are doing this,” but you still feel the need to prove yourself. What keeps you coming back to The Challenge?

I’ve been doing this for 20 years. It’s been cool over the years to see how I’ve grown, how I’ve changed, and [for the franchise] to have clear representation — age, race, religion, body — all of these things I represent. There’s a strong woman of color, a strong Jewish woman, a strong woman that’s not of bone. I get to travel all over the world with my friends and compete.

What were your thoughts once Spies, Lies & Allies kicked off?

I was just really excited to see all these new faces and to spice up the game a little bit. Going on the show is second nature to me. I’ve been on TV more than I haven’t. Having people come up to me and say, “I’ve always wanted to be on this show. It’s so amazing.” And I’m like, “Is it?” They kind of checked me [and put things in perspective] a little bit. You get used to it [being on the show]. It was so nice to see these very humble [rookies].

How did the house react after your challenge win on Episode 1?

I did feel supported. I felt respected. I felt like [I] was at home finally.

What was your first impression of your partner Logan Sampedro on Spies, Lies & Allies?

When I first saw him, I was like, “Sh*t who is this guy?” and I immediately asked him, “What language do you speak?” He said, “Spanish,” and I speak Spanish. He supported me, he knew what I needed, and he was just super f*cking beautiful. [He’s] the prettiest person on the cast.

When you got to the Spies, Lies & Allies house, who did you immediately think would be a threat?

I knew of some of the Survivor people. I thought Michaela [Bradshaw] was going to be a bit of a threat. She looked athletic.

What do your family and friends think about your post-Real World and Challenge appearances?

My friends have gotten used to it. My mom is always like, “Another one?” I’m like, “Oh my God, Mom, [be a] little bit more supportive here.” It’s a part of my life. They aren’t really surprised when I leave.

What’s one thing about Spies, Lies & Allies that really threw you for a loop?

I think this was the first time we moved into the house that we didn’t get the full cast, except for Invasion [where] the whole half of the cast was missing. We didn’t know what was going on. It was bizarre.

When do you think your Challenge journey may come to an end?

Unfairly enough, the men have a longer shelf life on the show. The women tend to get all the ageist bullsh*t. [I will still compete] as long as my body works or if I start a family or grad school.

More like this
The New Bachelor Will Be Announced Next Week & Here Are The Top Contenders
By Grace Wehniainen
‘RHOSLC’ Star Jen Shah’s Arrest & Legal Drama, Explained
By Brad Witter and Jake Viswanath
The 'Bachelor In Paradise' Schedule Shifts To 4 Hours Every Week After The Season 8 Premiere
By Brad Witter
Are Brandon & Serene Still Together After 'Bachelor In Paradise'?
By Kadin Burnett
Get Even More From Bustle — Sign Up For The Newsletter