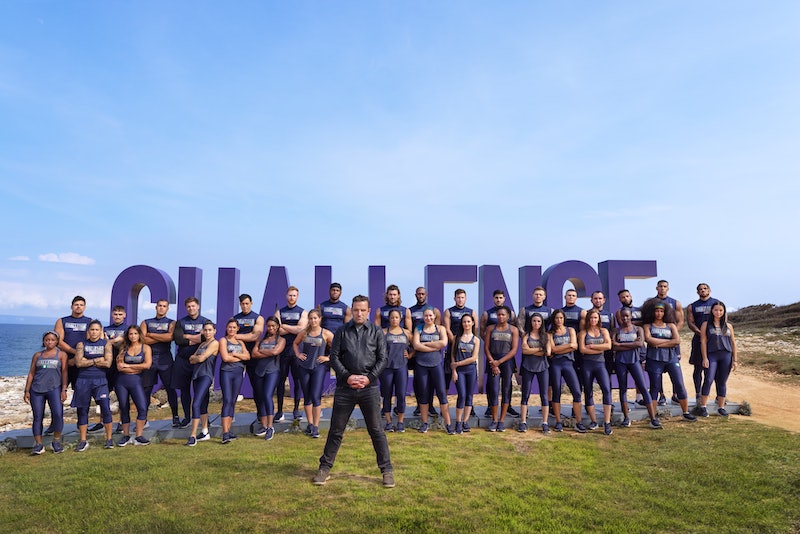 The finale of MTV’s The Challenge: Double Agents aired in May, but another jam-packed season of the hit reality competition series is already set to premiere in August. The 37th season, The Challenge: Spies, Lies, and Allies, is not only expanding on the spy theme that highly entertained viewers throughout Season 36, but also bringing back many familiar faces (including longstanding host T.J. Lavin) along with a ton of newcomers.

A total of 34 competitors from around the world will compete for a $1 million prize. According to MTV, this will mark the “most countries ever” represented in Challenge franchise history. The Challenge games are also moving from Reykjavik, Iceland, to Croatia. Some 15 veterans and 19 rookies will also be in tow, with the latter group comprised of contestants who formerly appeared on other American and international reality shows. However, with two Survivor winners, a reigning Challenge champion, a returning Challenge champion, and show twists included in the mix, this installment is shaping up to be one of the best televised in recent years.

Here’s a rundown of each contestant appearing on The Challenge: Spies, Lies, and Allies, its official trailer, and premiere date.

The trailer for The Challenge: Spies, Lies, and Allies shows many of the same death-defying games fans have grown accustomed to watching along with some new ones. However, competitors are well aware of the higher stakes presented this time around. In reference to the 17 international operatives also competing for the $1 million prize, competitor Kyle Christie exclaims in the clip, “You’ve got Team Germany, Team Romania, Team Nigeria. If they band together, we’re screwed.”

The seven-time Challenge vet might be speaking too soon. Fellow veterans in his camp include CT Tamburello, who won The Challenge: Double Agents and has 19 Challenges under his belt. Christie and Tamburello are also joined by other notable Challenge stars such as Aneesa Ferreira (15 Challenges), Nany González (11 Challenges), and Ashley Mitchell (9 Challenges). Mitchell has two Challenge wins to her name. Challengers returning with less experience, albeit still valuable, include Nam Vo, Kaycee Clark, Fessy Shafaat, and Big T. Clark and González already made headlines before the show’s premiere, as they were spotted kissing in the season trailer.

On July 9, González posted a picture of the two on Instagram with the caption, “magnetic,” appearing to fuel romance rumors. She addressed their “undeniable connection,” to E! News, stating, “Kaycee and I met on Total Madness. We’ve always been allies in the game and have maintained a very good friendship since... I think this upcoming season of The Challenge is where we really explore what that connection is and what it means.” Clark added, “Whenever I am competing on a reality show, I’m always in compete mode and that’s my main focus. So this time around, playing the game while getting closer to someone is a whole different vibe and I love it.”

As for the rookies, each competitor earned Challenge debut stripes appearing on a variety of reality shows. International spinoffs of Survivor, Big Brother, Love Island, Too Hot to Handle, Dancing With the Stars, Paradise Hotel, Celeb Get Me Out of Here, Ex on the Beach, and Jersey Shore are represented.

Here’s the entire list of Season 37 veterans and rookies with their Challenge and reality show histories.