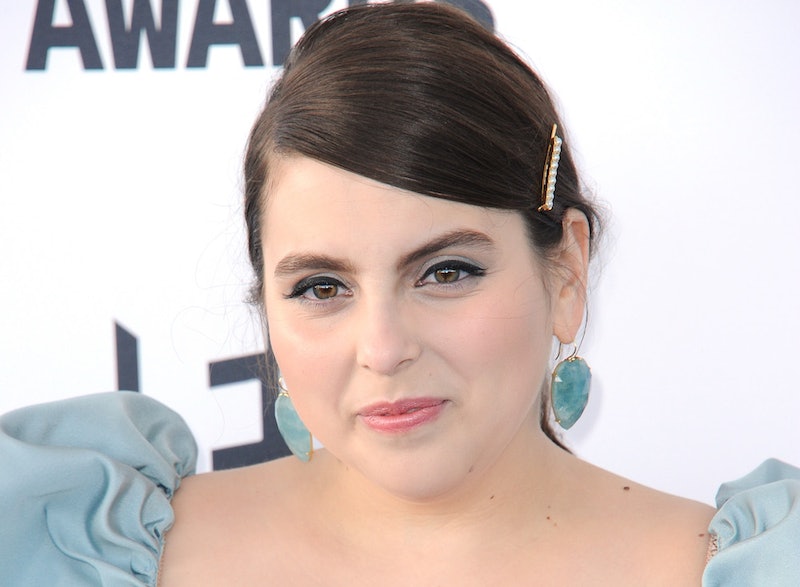 Beanie Feldstein is on the case! Apple TV+ has ordered an animated Harriet the Spy series with Booksmart’s Beanie Feldstein tapped to voice the titular character. Based on the classic 1964 children’s book by Louise Fitzhugh (and not the classic 1996 movie), the series will be set in 1960s New York City and follow 11-year-old Harriet (Feldstein), a precocious and fiercely independent aspiring writer who observes and writes about those around her. Glee’s Jane Lynch will voice Ole Golly, Harriet’s nanny, and Mean Girls’ Lacey Chabert will voice Marion Hawthorne, the popular queen bee at Harriet’s school.

Will McRobb, co-creator of the Nickelodeon series The Adventures of Pete & Pete, will serve as writer and executive producer. Lisa Henson, Halle Stanford, and Sidney Clifton will also executive produce. Titmouse Animation Studios, a studio that has created animations for shows like Big Mouth, Rick and Morty, and The Midnight Gospel, will provide the animation for the series. Apple TV+’s version marks the first-ever animated version of Harriet the Spy.

The beloved children’s book has been adapted for the screen before, though. Paramount and Nickelodeon released the 1996 Harriet the Spy film that starred Gossip Girl’s Michelle Trachtenberg in the titular role, and comedian Rosie O’Donnell as her nanny, Ole Golly. Disney Channel also released the 2010 TV film Harriet the Spy: Blog Wars that starred Wizards of Waverly Place’s Jennifer Stone in the lead role.

Feldstein is best known for her role in Olivia Wilde’s 2019 coming-of-age film Booksmart. The breakout star has since starred in the FX series What We Do in the Shadows and Coky Giedroyc’s 2019 coming-of-age comedy How to Build a Girl. Feldstein’s also set to star as Monica Lewsinky in Ryan Murphy’s upcoming FX series Impeachment: American Crime Story, which will focus on Bill Clinton’s impeachment and the scandal that involved his then-White House intern. (Lewinsky herself will produce the series alongside Murphy.)

There’s no telling when the project will debut since the COVID-19 pandemic has shuttered productions across Hollywood, but Feldstein expressed excitement to take on the “daunting” role opposite Sarah Paulson in an interview with Florence Pugh for Variety’s “Actors on Actors” last November. (Paulson will play Linda Tripp.) “I think I’ve modeled my life over her life in any way I can,” Feldstein said of Paulson. “I just couldn’t be more excited to play that out with the person I think to be one of the best actors of all time.”

To go from Harriet the Spy to Monica Lewinsky, or vice versa, sounds pretty daunting in itself, but if anyone can do it, it’s Feldstein.