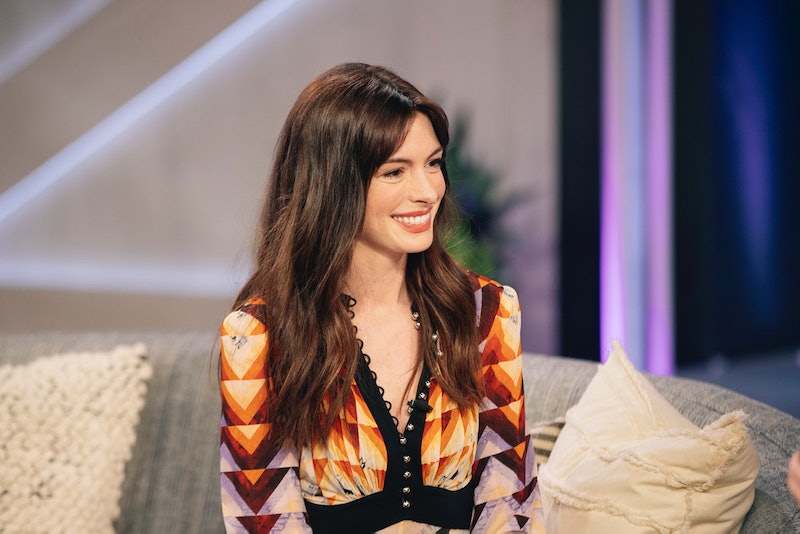 It seems like everyone knows Kelly Clarkson’s hit “Since U Been Gone,” except the singer and talk show host herself. As she hosted Anne Hathaway on The Kelly Clarkson Show on March 22, she faced an ironic loss during an intense game of Sing That Name That Tune. Clarkson’s superior musical background just wasn’t enough to help her defeat the Oscar-winning actor as they were required to quickly recognize and sing songs from the instrumentals.

Hathaway started strong and beat Clarkson in the first few rounds, after which a frustrated Clarkson yelled, “Can you play a freaking song I’ll know?” The band then began playing Clarkson’s 2004 angsty breakup hit “Since U been Gone,” but Hathaway needed only a few seconds before she stepped to the front of her little stage and belted out the lyrics — all before the singer even registered what was playing. When Clarkson finally realized, she fell to her knees and then all the way into a face-plant in embarrassment.

“How did you know it from just that?” an astonished Clarkson asked. “I — what?! ... She knew it from boom, boom, boom, boom, boom!” Meanwhile, the Les Misérables actor was a gracious winner and praised the singer’s iconic music while perhaps teasing her a little.

But Clarkson took it like a champ. “Should I just quit?” the triple Grammy Award winner said, jokingly. “This is embarrassing.”

“I love that song,” Hathaway said to comedian Matt Iseman, who agreed. “By the way, never fall for for Hathaway when she tells you she’s scared to sing,” he added. “It is now four to nothing, Anne Hathaway. ... And may I remind you, Kelly Clarkson just missed her own song.”

We’re not sure if Clarkson will ever be “so moving on” from this defeat, but she did seem to enjoy Hathaway’s guest appearance overall. The actor was promoted Apple TV+’s Drama WeCrashed, in which she portrays WeWork co-founder Rebekah Neumann. It’s a change of pace from her past few major movie roles (The Witches, Locked Down, Dark Waters, Ocean’s Eight), and she stars alongside Jared Leto, who plays her husband and WeWork co-founder, Adam Neumann. The first three episodes of the miniseries — based on the rise and fall of the shared workspace startup — dropped on March 18 and the following five episodes are airing weekly after that.

More like this
Lizzo Proved She’s Team Jeremiah During Her ‘The Summer I Turned Pretty’ Review
By Grace Wehniainen
Sadie Sink Would Escape Vecna From 'Stranger Things' With This Taylor Swift Song
By Grace Wehniainen
What Is Ariana Grande's Net Worth? When It Comes To Money, She Has No “Problem”
By Hugh McIntyre
Adele Says It Would Be “Wonderful” To Have Kids With Boyfriend Rich Paul
By Jake Viswanath
Get Even More From Bustle — Sign Up For The Newsletter