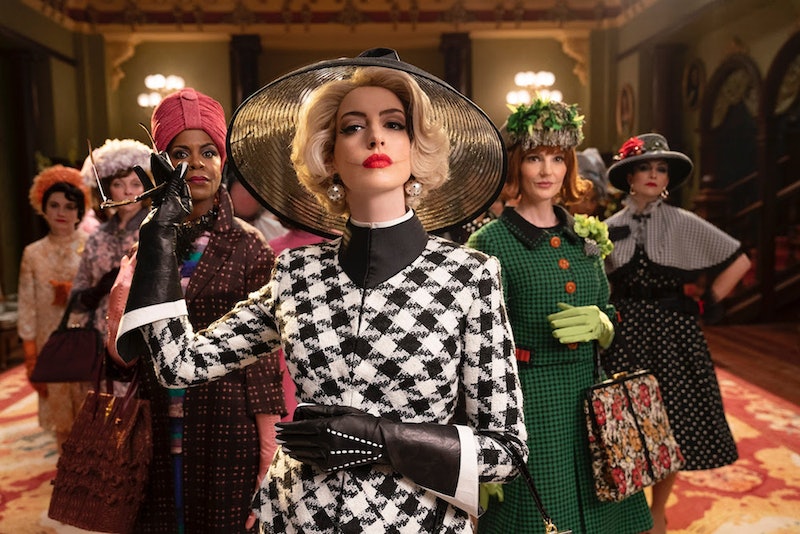 After being called out by people with disabilities, Warner Bros. apologized for its portrayal of the Grand High Witch (Anne Hathaway) in the cinematic reimagination of Roald Dahl's novel The Witches. In the film, the supreme witch's villainous nature was reinforced when she revealed her true appearance at the Witches Council. She — and the other evil witches in the movie — have fewer than five fingers and toes on each hand and foot, which immediately frightened the young protagonist.

Many people with disabilities pointed out that the Grand High Witch's hands looked similar to those of people who have "Ectrodactyly," which Variety described as "a limb abnormality that is commonly referred to as 'split hand.'" Advocates and people with disabilities worry that portraying sinister characters with physical differences will perpetuate the stereotype that people with disabilities are scary and abnormal; the official Twitter account of the Paralympic Games shared that exact concern on social media. "Limb difference is not scary. Differences should be celebrated and disability has to be normalized," they wrote.

British Paralympian Amy Marren also called out Warner Bros. on Twitter. She wondered, "Was there much thought given as to how this representation of limb differences would effect the limb difference community?!" She also shared a lengthy statement explaining that surgeons often build hands that look like the Grand High Witch's for people with limb differences and that it was "upsetting" to see such people "being represented as something scary."

"Yes, I am fully aware that this is a film, and these are Witches. But Witches are essentially monsters," Marren's statement continued. "My fear is that children will watch this film, unaware that it massively exaggerates the Roald Dahl original and that limbs differences begin to be feared. This opens up all new difficult conversations for those with limb differences and sets back what we are trying to achieve, which is to [encourage people to] celebrate who you are."

In response to the critiques, Warner Bros. issued a statement explaining they were "deeply saddened to learn that our depiction of the fictional characters in The Witches could upset people with disabilities" and "regretted any offense caused." The studio continued and said the film's creators were attempting to "come up with a new interpretation of the cat-like claws that are described in the book" as part of the witches' appearance. (In the book, the witches are described as having "claws instead of fingernails," though the look of their fingers isn't mentioned.)

"It was never the intention for viewers to feel that the fantastical, non-human creatures were meant to represent them," the studio noted. "This film is about the power of kindness and friendship. It is our hope that families and children can enjoy the film and embrace this empowering, love-filled theme." So far, the film's director, Robert Zemeckis, hasn't commented on the critiques or Warner Bros.' apology. Hathaway, however, issued an apology on Instagram on Thursday, Nov. 5.

"Let me begin by saying I do my best to be sensitive to the feelings and experiences of others not out of some scrambling PC fear, but because not hurting others seems like a basic level of decency we should all be striving for," she wrote. Along with her caption, the actor shared a video from The Lucky Fin Project, a nonprofit organization that raises awareness and celebrates people with limb differences.

"As someone who really believes in inclusivity and really, really detests cruelty, I owe you all an apology for the pain caused," she continued. "I am sorry. I did not connect limb difference with the GHW when the look of the character was brought to me; if I had, I assure you this never would have happened." She then made a specific apology to children with limb differences who may have been hurt by her portrayal of the Grand High Witch. "Now that I know better I promise I'll do better," she said. "And I owe a special apology to everyone who loves you as fiercely as I love my own kids: I'm sorry I let your family down." Before signing off, she encouraged her followers to check out the Lucky Fin Project to gain an "inclusive and necessary perspective" on limb difference.