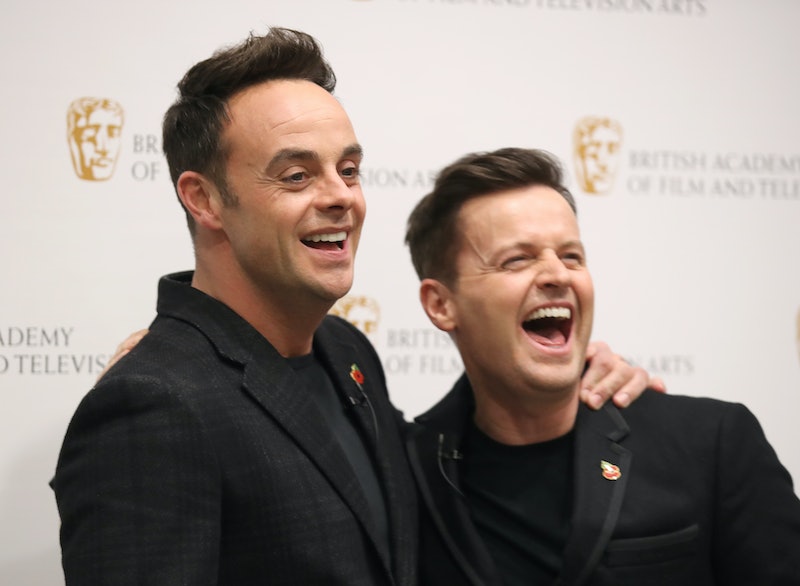 In a recent interview for The One Show, long-standing presenting partners Ant McPartlin and Dec Donnelly admitted they didn’t know if they’d ever work together again after Ant paused his TV career to attend rehab for the second time. The pair said they had a serious think about what the future would hold for them.

As I’m A Celebrity draws ever closer, Ant and Dec appeared on BBC’s The One Show to talk about what this year's contestants can expect when the show moves to a castle in Wales. During their interview, the pair reflected on the year Ant stepped away from the spotlight to deal with personal issues. When asked whether they ever thought they’d split up Dec said:

"Absolutely. We were both very unsure about what tomorrow would bring. I didn’t know if Ant was going to come back from his period away and go, ‘You know what? I want to go and be a pig farmer in Wales.'"

The pair took a break from working together after Ant was charged and fined for drink driving in April 2018. He went to rehab and released a statement that said, “My recovery is going very well and for that to continue having spoken to Dec and ITV, I have made the decision to take the rest of the year off.” He returned to TV with Dec by his side in January 2019 for the Britain's Got Talent auditions.

While the future was uncertain for the most famous UK TV duo, Ant told The One Show, “I was going through quite a lot at the time and it was the best decision to take time out from work because that wasn’t the most important thing and I just had to get myself right, which I did.”