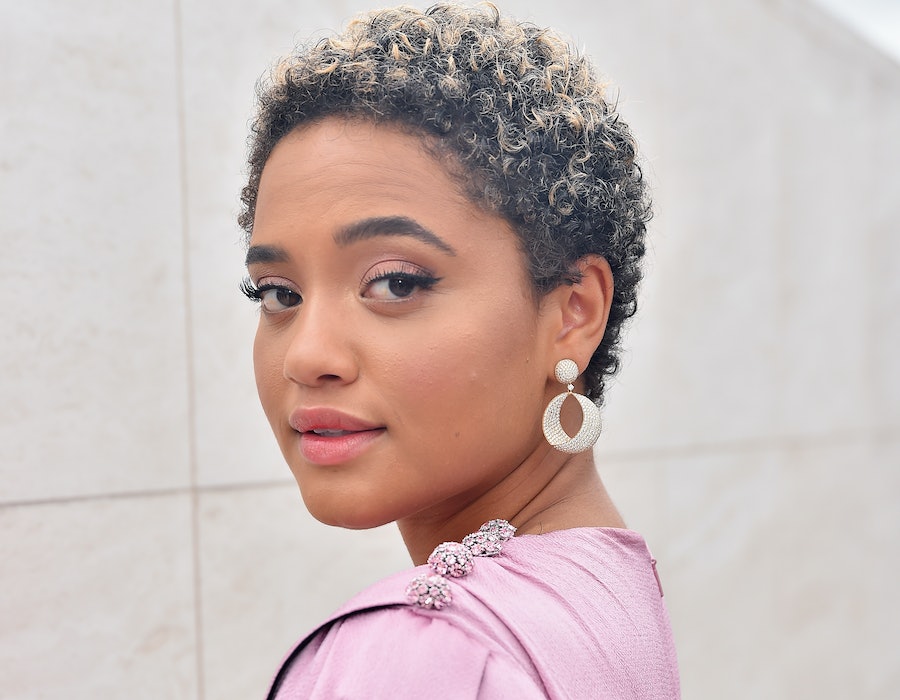 Kiersey Clemons knows that people have thoughts about her new movie, Antebellum. “Criticize the f*ck outta me,” she tells Bustle. Because now, over a decade into her career, the 26-year-old actor is more than comfortable navigating the court of public opinion. “I can't force Antebellum on folks and it would be wrong of me to [do so]. There’s never a world in which I’m criticizing a Black person for not wanting to see a movie where there’s violence depicted against Black folks.”

Antebellum is the latest film to bring the Black experience to the big screen through the lens of horror. But whereas its predecessors like Jordan Peele’s Get Out and Us masterfully exposed the everyday atrocities Black people face via psychological scares, Antebellum is relentlessly violent in its portrayal of Veronica (Janelle Monáe), a modern day activist who finds herself trapped in a mysterious rendering of a plantation. (Veronica is both branded and beaten in the first 40 minutes alone.) And it’s on the plantation that the audience is introduced to Julia (Clemons) a young, pregnant slave. While in the past Clemons turned down roles that required her to play a slave — including films she says became “huge” hits — Julia spoke to her. “I was ready for the [film’s] triggers,” Clemons says of the way Antebellum explores the ancestral trauma of Black Americans. “I found it to be cathartic.”

Clemons has never played it safe in her career choices. After cutting her teeth on the Disney channel — she first broke out with a recurring role on the network’s Austin & Ally — Clemons pursued independent films instead of continuing with traditional teen fare. “I was going in and testing for TV shows when I was 18 and I was thinking, ‘These deals are for six years. When I’m 24 do I want to be doing this TV show on the Disney channel?” she says. Soon after, she scored a role in the 2015 indie Dope playing Diggy, a queer high schooler whose best friend accidentally winds up in possession of a drug dealer’s stash. The film, which also starred up-and-comers like Shameik Moore and Lakeith Stanfield, was a critical success and a turning point for Clemons, who identifies as queer. “[It] broke me out from being perceived as straight [and] it broke me out of Disney,” she says.

"There’s never a world in which I’m criticizing a Black person for not wanting to see a movie where there’s violence depicted against Black folks."

Though she has publicly spoken about her relationship with her former stunt double Ebony De La Haye, Clemons wasn’t always open about her sexuality. “I was getting queer parts before I had even come out. Maybe it was kismet,” she explains. Clemons so effortlessly embodied the tomboyish, quintessentially California Diggy that the film ushered in a spate of similarly queer, hipster roles. In Netflix’s Easy she played a young lesbian trying become a vegan to impress her new girlfriend. In 2018 she co-starred alongside Nick Offerman in Hearts Beat Loud, playing his queer teenage daughter. And last year she performed in Fox’s live television adaptation of Rent as gay public interest lawyer Joanne.

Between those roles and being one of the few out Black, queer, young women in Hollywood, the media was quick to label Clemons as an “activist.” But it’s a distinction Clemons isn’t so sure she’s earned. “[Activist] was something that was put on me just because I'm a queer Black femme. I'm realizing that activism is a league of its own,” she says. “It’s an issue that I have with Hollywood right now. [They’ll] put light skinned Black girls on magazine covers and call us ‘heroes’ and ‘activists’ when we're really just Black folks saying, ‘This is the way in which you're violent towards us.’ I don't think that earns the title of activism.”

Activist or not, Clemons is steadfast in what she stands for. Which includes Antebellum, despite critics calling its portrayal of slavery both "hollow" and "tone deaf." “People have such criticisms of Antebellum [because] we're so limited [in the Black stories we see on screen],” she says. “White folks don't get that sh*t with their movies because they have so many movies [that] the ones people have criticisms about get washed out. They have another movie to move on to, whereas we don't always have that. And what is that about?” Because if Clemons is going to take your criticism, she's earned the right to dish it back.