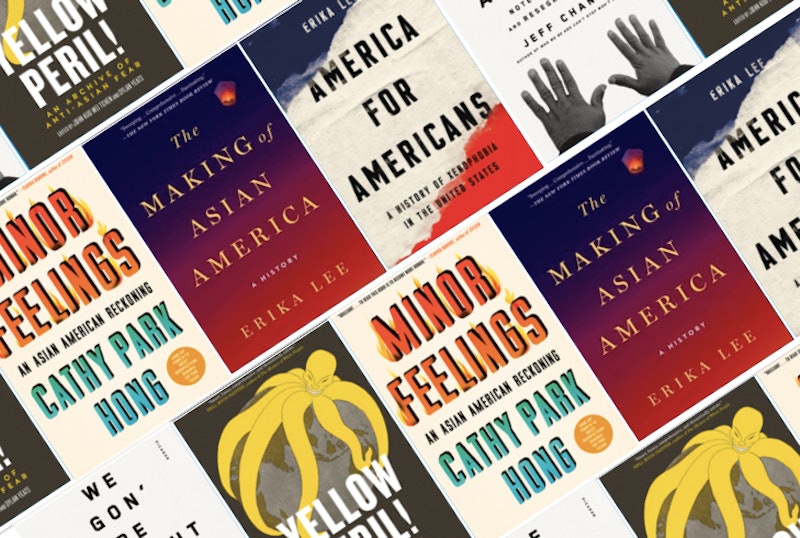 On March 16, eight people — six of whom were women of Asian descent — were killed in mass shootings at three different spas in Atlanta, Georgia. The attacks came as anti-Asian hate crimes rise across the U.S.; over 3,800 were reported in the last year alone, per CNN, and thousands more have likely gone unreported. But rather than acknowledge this, a white sheriff told the press that the 21-year-old white male shooting suspect was “having a really bad day” — further illuminating how entrenched anti-Asian racism is in this country.

The fatal Atlanta attack has led to worldwide calls for solidarity with AAPI communities — and a surge in interest around the role anti-Asian racism has played in American history. It’s also prompted a lot of self-reflection among white Americans on the pervasiveness of anti-Asian racism, from the idea of the “yellow peril” to the oft-touted “model minority” stereotype. Self-education is a great first step to combat internalized and institutionalized anti-Asian paradigms — and infinitely better than placing the responsibility on an Asian friend to educate you.

Whether you’re finding it very hard to wrap around your head around how anti-Asian racism became embedded in American culture, or want to know how best to fight racism in ways that benefit Asian communities, these texts can help. Here are 13 books that will help you understand anti-Asian racism, and what to do about it.