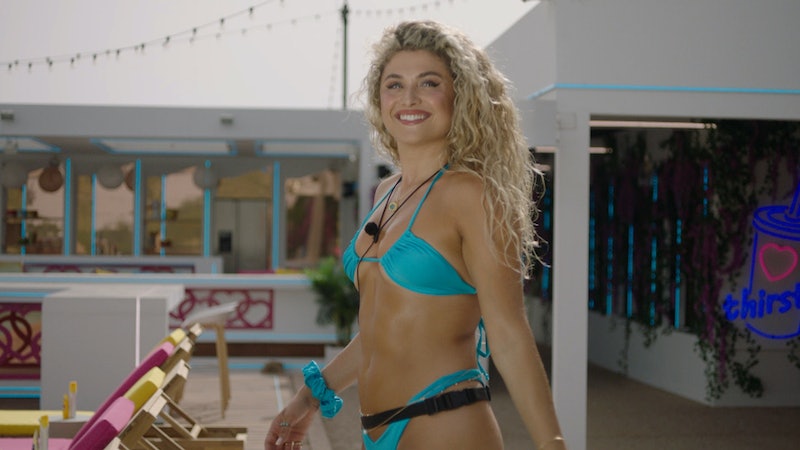 At a time when tensions are already running high among the islanders, Love Island fans are expecting bombshell Antigoni Buxton’s arrival to turn things up a notch. She follows the likes of Ekin-Su Cülcüloğlu and Danica Taylor, who also entered the villa as bombshells. All beachy, blonde waves, and with her photos making the rounds ahead of her villa debut, you might be wondering why Antigoni Buxton’s name sounds familiar. (Spoiler: There are two very good reasons.) Here’s everything you need to know about Love Island 2022’s Antigoni Buxton.

The 26-year-old is a London-based singer and songwriter, and was signed to Island Records before she was 20. She has Cypriot heritage, and her mother is a known face from British TV: celebrity chef Tonia Buxton, who was also a consultant for The Real Greek restaurant chain and published a cookbook with them in 2016.

Sharing her thoughts on her daughter entering the villa via Instagram, Tonia shared a gushing message: “We are all so excited for you and know you will be amazing! You have always been an island girl, so I know you will fit right in! Hoping you all love and support my girl, I know she will make us proud!”

Full of sun-kissed shots in glamorous outfits, holiday, and exclusive event snaps from all over the shop – as well as snippets of her singing – Antigoni’s has already amassed over 35k Instagram followers. You can follow her at @antigoni.

What Else Is There To Know About Antigoni?

The latest bombshell has reportedly been single for around 18 months, after splitting from her childhood boyfriend of nine years, per MailOnline. Though, according to the Evening Standard she briefly dated Love Island S4’s Jack Fowler, too. The island newcomer has launched music about her dating life previously, with a single called “Red Flag”. Anthony Joshua, among other stars, attended the song’s launch party.

In her official pre-villa commentary, Antigoni said she was looking forward to the experience. “I really just want to say ‘yes’ to things. I’m a Cypriot girl and I love being in the sun. I’ve got nothing to lose!"

She also suggested her tendency to laser focus on the person she likes, gives her an edge as a potential partner. “When I’m into somebody, I’m very much all about them,” she said. “My culture is a very open, generous culture and I like to think I carry that trait as a girlfriend. I really put 100% into somebody when I like them. I would also like that back!”

Speaking of wanting to spend quality time with someone special, she let viewers in on her main ick, too. “'Someone who is stingy,” she said. “It’s not about money, but I think being stingy is a character trait and it coincides with someone who is quite selfish with their time.”

Love Island continues at 9 p.m. on ITV2 and ITV Hub. Episodes are available the following morning on BritBox.