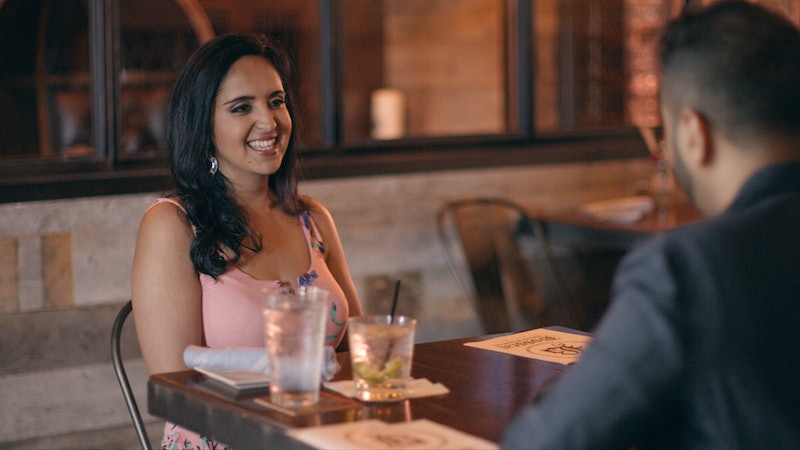 On the new Netflix dating show Indian Matchmaking, Aparna Shewakramani has a few requirements for her future husband. 1) He must be keen to visit the Bolivian salt flats during the rainy season. 2) He must be aware of said flats prior to Aparna’s suggestion that they travel there. 3) He must not be funny. (Aparna hates comedy.) And 4) He must be willing to accept her exactly as she is because “there is nothing about me that I think I need to change or evolve or grow into to be a better partner for someone else.”

Unfortunately, it seems that Aparna didn't meet a partner who met those requirements while on the show, but she’s still in touch with Dilip, Jay, and Shekar — three of the men who matchmaker Sima Taparia set her up with. "We're actually good friends. That's a positive experience that came out of the show,” the Houston lawyer, who was 34 when Indian Matchmaking was filmed, told Oprah Magazine. “To walk away with three people you can relate to, and who are good and kind and grounded, is a success in my book.”

In the season premiere, Aparna’s mother theorizes that her daughter’s busy schedule is to blame for the fact that she’s single. But according to her Instagram, Aparna has no plans to slow down. Besides her legal career, the Vanderbilt Law grad is building a luxury travel company called My Golden Balloon that specializes in creating curated guides for cities like London and New York City as well as bespoke itineraries for small group vacations.

And while dating might not be front of mind right now — Aparna told Oprah Mag she’s still getting comfortable with the age of Zoom dates — she has plenty of other hobbies to keep her busy: goat yoga, painting pet portraits, and posting many, many photos of very her adorable dogs.