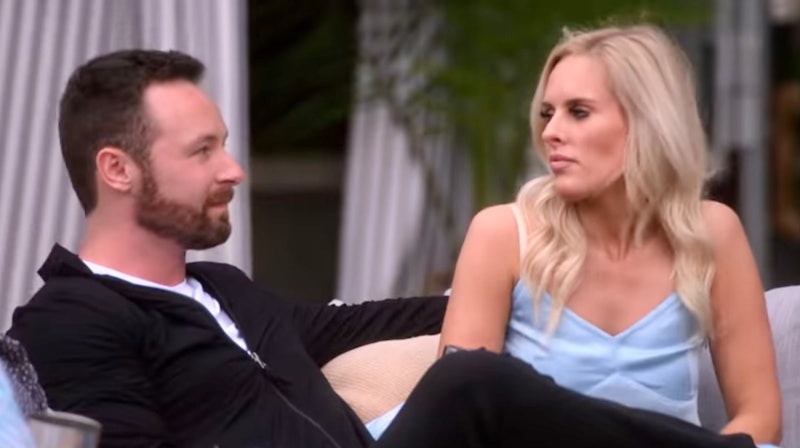 After two years of dating, Alexis Maloney and Hunter Parr joined Netflix’s The Ultimatum hoping to find clarity in their relationship. Alexis put it more bluntly in the first episode. “I’m ready to make the next step, and I basically told Hunter, ‘We either get engaged or we break up.’” Though Hunter explained that they were at the stage where he could make that decision, Alexis interjected that he’s not ready or else he would have already popped the question.

She wasn’t wrong. “I’m not ready to propose to Alexis at this moment,” Hunter later shared. “But if I met the perfect person, I would be ready to be engaged tomorrow.” Instead, he wanted to simply move in with Alexis, who countered, “If you’re serious about our relationship, then put a ring on my finger.” Neither of them had ever lived with a significant other before going on The Ultimatum.

Though Alexis was the one who gave the ultimatum, she also had hesitations. “Hunter is not perfect for husband material yet because I make more than him,” she said adding that she has “no desire to be the breadwinner in the relationship.” They both appear to work for the same Austin, Texas-based IT company Oracle, where Alexis is a global account director and Hunter serves is a PSA account executive.

When the experiment began, Alexis was most interested in Colby. However, he informed her that he was “not attracted” to her and couldn’t see them having a future together. During the cast dinner where everyone was supposed to pick a new partner to have a three-week trial marriage with, Alexis said she hadn’t felt “butterflies with anyone” and tearfully doubled down on her commitment to Hunter, who’d been chosen by April. “I don’t want him living with someone else. I don’t want him dating someone else. Like, he is mine, get your hands off of him,” Alexis said. “I would fight for Hunter, and I don’t want anyone to have feelings for Hunter other than me. If I wanted him dating someone else, I would dump him. I gave him the ultimatum. I want to marry him, not see him date other people.”

Host Nick Lachey then turned to Hunter, who surprisingly announced, “Guys, I want to marry Alexis” and proposed on the spot. “This experience has showed me so clearly that I was just scared and I was using moving in together as a way to delay what I knew inside, and I’m not scared anymore,” Hunter told Alexis before getting down on one knee “I love you for who you are, all the good and the bad, and I don’t wanna be with any other girl ‘cause I already know in my heart who I want to be with and it’s you.”

In separate interviews, they each explained their reasoning for bowing out early. “As I thought about my connection with all the other women here, pretty much every personality trait that I was attracted to and connected with is something I already have in Alexis,” Hunter reasoned. “And I honestly can’t see any other future with any other woman.” Meanwhile, Alexis shared that the “whole goal of this experience was for Hunter to have 100% certainty” that she’s “the one,” and she felt that mission had been accomplished.

Several weeks later, Alexis returned to The Ultimatum in Episode 7 to celebrate her bachelorette party with castmates Shanique, Rae, and April. During the bash, Alexis revealed that she and Hunter were living together and that it had “been really fun celebrating kind of this whole new chapter” as they planned their wedding.

It’s unclear if Alexis and Hunter have gotten married since filming for The Ultimatum wrapped in May 2021, but their social media accounts seemingly suggest they’re still together. In addition to the fact that they both follow each other on Instagram, they also still have several couple’s photos posted. In July 2021 — several months after they got engaged — Alexis referred to Hunter as her best friend in the caption of a photo of them kissing on the beach.

The pair may have also made a big move since appearing on the show. Alexis said goodbye to Austin in April 2021, and her social media accounts seems to indicate that she now lives in the Los Angeles area. Because Hunter is not particularly active on Instagram, it remains unclear if he moved with her. However, all signs point to a wedding being on the horizon — if it hasn’t happened already.