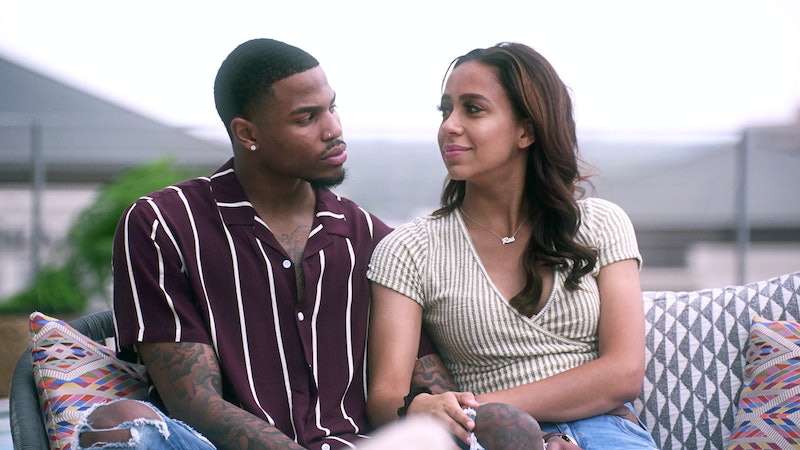 The Ultimatum: Marry or Move On is Netflix’s latest attempt to reinvent the reality dating series format — and seemingly break up some longtime couples in the process. Featuring a premise slightly similar to Temptation Island, the forthcoming competition show brings together six romantic pairs where one partner is eager to wed and the other is unsure. Over the course of eight weeks, each individual must choose a partner from another couple and see if their newfound relationship proves stronger than their pre-existing ones.

From the same creative team behind Love Is Blind, married celebrity couple Nick and Vanessa Lachey also guide the show’s contestants as its hosts. At the end of the Love Is Blind Season 2 finale, the Lacheys teased the new series. “In Netflix’s new dating series, The Ultimatum, six couples have come to a point in their own relationship where one person is ready to be married, and the other, well, isn’t,” Nick told the Love Is Blind contestants. “Each person will be compatible with multiple partners, and they’ll each select one new partner to move in with for three weeks in a trial marriage.”

“At the end of the experiment, they’ll have to decide if they want to marry the person they arrived with, or split forever,” continued the former 98 Degrees member, to which his wife replied: “Or, maybe they met someone else that’s actually a better fit.”

Here’s everything you need to know about The Ultimatum: Marry or Move On, including its plot, cast, trailer, and release date.

Netflix’s The Ultimatum: Marry or Move On Plot & Cast

Netflix announced The Ultimatum: Marry or Move On and released an official plot synopsis on March 4, which read:

“Six different couples, on the verge of marriage. One partner is ready to get married, the other isn’t quite as sure. An ultimatum is issued - and in just over eight weeks, they must commit to marriage, or move on. In the meantime, each will choose a new potential partner from one of the other couples, in a life-changing opportunity to get a glimpse of two different possible futures.”

Appearing as the series’ hosts are Nick and Vanessa Lachey, who’ve been married since July 2011 after meeting six years prior on the set of his “What’s Left Of Me” music video. The pair’s since welcomed three children and appeared on television together in TLC’s Nick & Vanessa’s Dream Wedding, A&E’s Lachey’s Raising the Bar, and Love is Blind as its hosts.

Beyond the Lacheys, Netflix revealed the six couples set to test their relationships as contestants on The Ultimatum on March 29, and it won’t be long before viewers all over the world are obsessed with the series’ stars. Here’s everything you need to know about the couples of Season 1:

Netflix’s The Ultimatum: Marry or Move On Trailer & Release Date

Alongside the series’ announcement and plot synopsis, Netflix also unveiled the first teaser for The Ultimatum: Marry or Move On on March 4. Featuring insights into what’s to come over Season 1’s 10 episodes, the clip sees Nick and Vanessa explain the series’ premise to its hopeful contestants, who are in for quite a wild ride. “The only thing scarier than losing you right now would be to marry you,” one hesitant girlfriend tells her partner in the video.

The streaming service released the official Season 1 trailer for The Ultimatum on March 29. “We came here as a couple, but it’s about figuring out what’s best as individual people,” contestant Zay says in the clip, which teases explosive drama between some couples.

The Ultimatum: Marry or Move On will premiere its first eight episodes April 6 on Netflix, while the Season 1 finale and reunion episodes will air the following week.

More like this
Bachelor Nation's Blake Horstmann Is Dating 'Love Is Blind' Star Giannina Gibelli
By Jake Viswanath and Radhika Menon
Only 3 Of The One That Got Away Couples Seem To Still Be Together
By Brad Witter
Move Over, 'Sunset'! The Drama-Filled Trailer For 'Selling The OC' Is Here
By Nola Ojomu
‘RHOA’s Shereé Whitfield’s Boyfriend Tyrone Gilliams Hinted He’s Single
By Brad Witter
Get Even More From Bustle — Sign Up For The Newsletter

This article was originally published on March 4, 2022