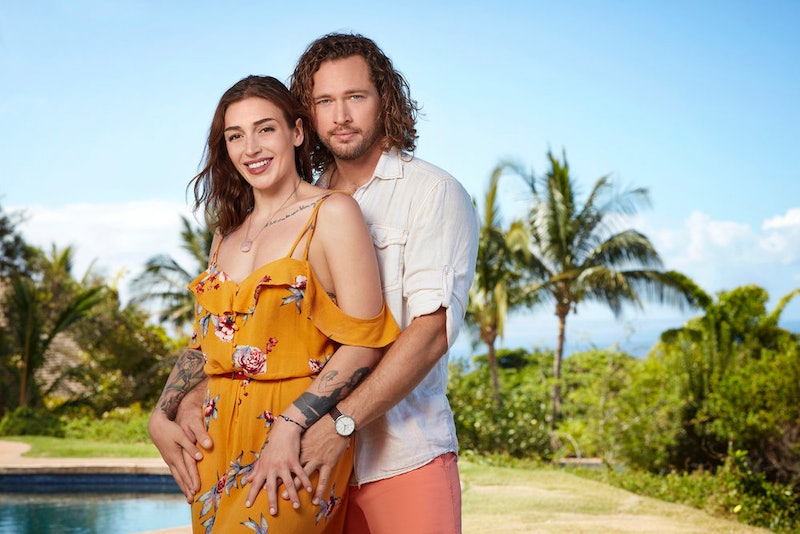 Since they began dating, Ash Lamiroult and Hania Stocker “haven’t been able to keep their hands off each other.” But that could work against them as they put their year-and-a-half-long relationship to the test on Temptation Island. “I am very, very much in love with Hania, but I am a very, very physical person,” Ash, who uses they/them pronouns, explains in an upcoming episode, adding that they love “making contact” with bodies.

That was clear from the kiss Ash, 28, shared with 25-year-old single Taylor Patrick in the second episode of the USA dating series. Watching the moment back was tough for Hania, a 30-year-old garden designer. But as he explained on the Temptation Island after show, he wasn’t exactly shocked. “Knowing [Ash] and how physical [they are], I’m not surprised that [they] became physical with someone really quickly.”

Ash’s take? “I had told Hania that I’m OK with kissing. I’m like, ‘I love kissing people,’” they explained during the after show. “I think it’s a good way of telling if you have chemistry, and it can totally mean more. ... Kisses are super f*cking dynamic, and they should be enjoyed.”

Where the two differ, though, is that Hania apparently believes if Ash is kissing someone, it means they “want more.” Ash doesn’t agree. “I was like, ‘You can’t kiss people without wanting to f*ck?” That’s wild,” Ash said. “I understand that it hurts and stuff like that, but he seemed so OK with the concept of kissing somebody and was really acting like he was never going to.”

As Hania said on the show, he and Ash didn’t “really set any rules for each other,” deciding that the experience was about “opening our hearts and minds to learning about ourselves and other people.” As previews have shown, that means Hania will be kissing other people too, which might not go over well with Ash. “Hania is more committed to his own pleasure than improving himself,” Ash says in a sneak peek of the March 30 episode, before tearfully adding, “I should probably stop thinking about him.”

Ash is the one who brought up the idea of going on Temptation Island, because they plan to relocate to Brooklyn this summer while Hania stays in Santa Fe, New Mexico and aren’t sure if the relationship can withstand the distance. Hania, who has been known to introduce Ash simply as his “friend,” said that he “would like to explore maybe an open relationship” and hoped the show would help them figure out “if that’s feasible.”

Though previews hint that Hania will ultimately choose to be with Ash at the final bonfire, it’s unclear if the couple is still together after filming. Hania has said that Ash makes him “feel amazing” and “brings out this gentleness” in him that has been “a really healing force” in his life. The pair also still have photos together and follow each other on Instagram, though Ash’s most recent couple’s post is from September 2021, and Hania’s is from last March.

“Ideally for me, Ash and I go home together and ... grow stronger and closer through this,” Hania, who’s still operating Northern New Mexico Gardens in Santa Fe, said in an intro video before Temptation Island filming started. As Ash interjected, however, “temptation has definitely been able to find” them. Only time will tell how much temptation awaited on the island — and if the pair’s relationship was able to survive.